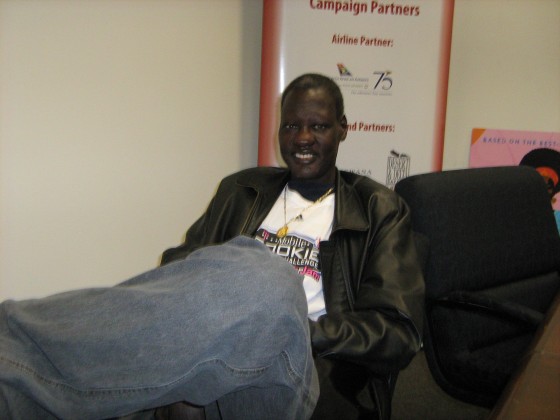 We here at Gunaxin are huge fans of NBA legend Manute Bol. For those of you who don’t know who he is, at 7’7 he is tied with Gheorghe Mureşan as the tallest player in NBA history, and we’ve had the pleasure of meeting both.

As for Manute, who is from Sudan, this is a guy who I’m told has hunted with a spear and traded cows for a wife. And guess what? He’s on Twitter and Facebook, not something you’d expect from someone who once lost teeth while slam dunking for the first time. Go ahead – follow him and be his friend! He’s been a spokesman for Ethiopian Airlines for a couple of years now and continues to lobby for the best interests of Sudan.