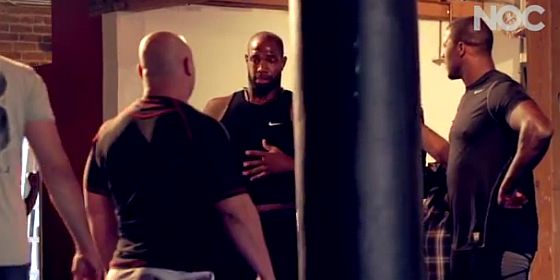 In order to improve his play, Jacksonville Tight End Marcedes Lewis is training this season with former MMA champion Chuck Lidell and Fox Sports reporter Jay Glazer. During his off time in California, Lewis teamed with the fighting pros to learn techniques to improve his blocking and leverage techniques. He learned body to body movements, quick strikes and grappling under the direction of Glazer, and NFL reporter who often blurs the line between himself and the people he covers.

While Lewis isn’t the first player to use MMA training for football, he might be the last one. Coming off a TD-less 2011 season (following a 700 yard and 10 TD season in 2010), Lewis might have been wise to spend his time running routes and working on his hands. Lewis is on pace for his worst season since his rookie campaign, a fact that can’t be blamed entirely on 2nd year QB Blaine Gabbert.