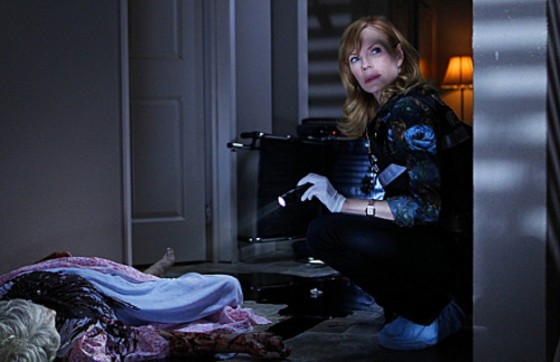 I have been an avid fan of the original (and let’s face it, the finest) incarnation of CSI since its beginning back in 2000. When I first latched on, I was never one to watch too many police procedurals, and things like Hill Street Blues and NYPD Blue never really held my attention for long. But I was hooked with CSI because, more than just another cop show, it really kind of reminded me of The X-Files without the ‘I Want To Believe’. It was creepy, often gory, and always over-ripe with gut-wrenching intrigue. The characters were relatively strong, the stories were always deep enough to bring me back week after week, and, eventually, syndication made repeat viewings not only possible but a staple. Yes, CSI became a show that help support the past dozen years of  otherwise questionable television.

Now characters from CSI (much like every other show) come and go; getting killed off, leaving unexpectedly, or just plain disappearing. The most recent change came when William Petersen (Gil Grissom) left 4 seasons ago. He, up till then, was one of only five cast members that seemed solid mainstays. Sure, Jorja Fox left and returned, and Gary Dourdan was murdered, but no one’s absence carried the same weight as Gil’s. Until now.

Last night’s episode (‘A Willows in the Wind’) marked the last appearance of CSI Catherine Willows. But… it just felt, ‘off’ somehow. Over the past few weeks a lackluster ‘twist’ was being contrived that really felt as though the reveal itself wasn’t even finalized until this particular show. There was enough build up to weigh down a Cohen Brothers plot, but the ‘ta-da’ was almost laughable. But even aside from that, Helgenberger’s exit was about as heartfelt as a crummy sit-com. Yeah, there were tears, and George Eads genuinely looked like he was distraught, but there just wasn’t enough ‘long goodbye’ for such an important and well-liked character. And it’s too bad, too, because she really will be missed. If Petersen was the backbone of the show (not that I have anything against Ted Danson, mind you), then Helgenberger is most definitely the heart. So, I guess we’ll just have to see how well Elizabeth Shue can co-pilot a show whose sails have lost a bit of their wind.