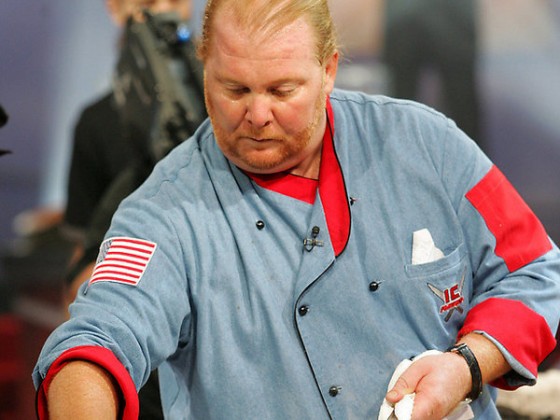 Back in the day, I was a huge fan of the American version of Iron Chef on the Food Network. Ya know, when Mario Batali was part of the cast. Then he left, and for me, the show went downhill a bit (although Michael Symon rarely disappoints). At any rate, those who’ve always wondered why Batali exited Iron Chef can now rest easy. The reason? Allow him to explain using a healthy amount of F-bombs.

Ha-ha, actors are food stupid. It’s so true. What the fu*k does a 95-pound waif from some TV dramedy know about quality cuisine except how to vomit it into a toilet? I bow to you, Mario Batali.