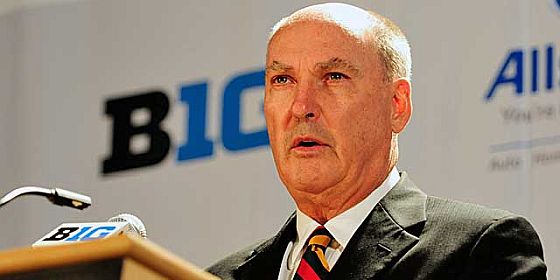 When the news broke that the Big Ten was courting the University of Maryland and Rutgers the story revolved around the television money involved. It is a lot of money, some estimates say a potential payout for a new 14-team Big Ten could reach $30m a year, but it’s not the main motivator in a potential Maryland move that could cost the Terps as much as $50m in buyout cost. Those numbers are significant to any school, but especially one that recently cut athletics programs due to a $4m budget shortfall but it isn’t just t.v. money that will decide whether the Maryland Regents vote Monday to end a six decade long relationship with the ACC. 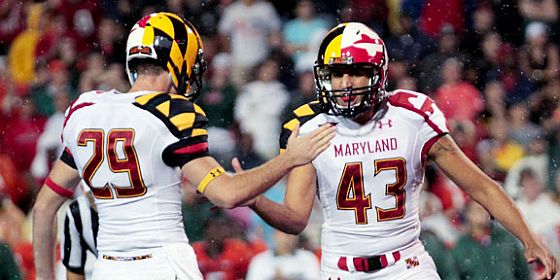 Maryland has long felt like an outcast in the Carolina centered ACC. As the northern outpost for much of the last 60 years, Maryland has had to travel into the backyard of conference powers UNC and Duke for the annual basketball tournament. Maryland fans have complained of bias by conference leadership and officials repeatedly over the years. While the recent additions of Virginia Tech, Boston College, Pittsburgh and Syracuse have shifted the conference north geographically, some Maryland officials still feel like they are being ignored. 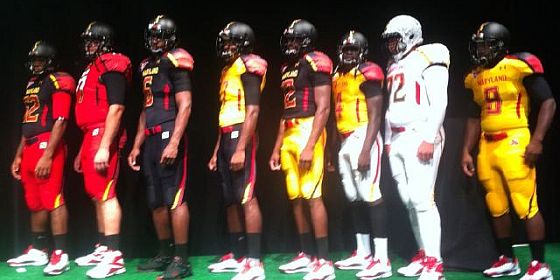 When the latest batch of conference realignment started a few years back, Maryland was identified as one of the potential prizes. Maryland brings more to the table for a potential conference switch than most schools; a top academic program, access to two top 30 television markets (Baltimore and DC) and Under Armor owner Kevin Plank. Plank, and his company, have become major benefactors of Maryland, with a goal of making them an East Coast version of Nike-funded Oregon. The potential of that relationship elevates Maryland above the mediocre on field performances they have produced, and turns them into a potential national power. While Maryland has stumbled recently with the ill-advised hiring of Randy Edsall, the Terps still have a reasonable chance to become a perennially ranked program. With those advantages in hand, it is no surprise that Maryland was willing to be sweet-talked by a conference where they didn’t feel disrespected. 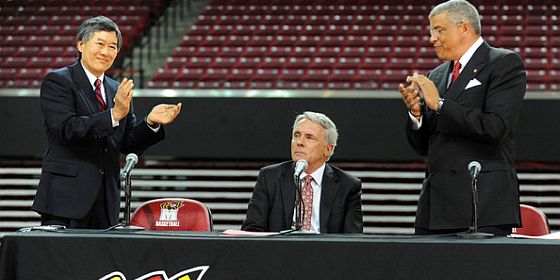 And it’s not just finances and ego that are motivating a Maryland move, but academics as well. The opportunity for Maryland to join the prestigious Committee on Institutional Cooperation will raise the profile of the research side of the University. The CIC is a collaborative program between Big Ten schools, and the University of Chicago, that allows schools to swap faculty and resources. Access to the CIC, and it’s nearly $6B in research funding, is a tempting addition for a school that cares about its academic ranking. The advances made by Penn State in both research funding and academic standings after they joined the Big Ten should prove to be a powerful motivator for Maryland, as it was to Nebraska recently. The ACC, with academic bottom feeders Miami and Florida State, can’t match the academic prestige of the Big Ten. 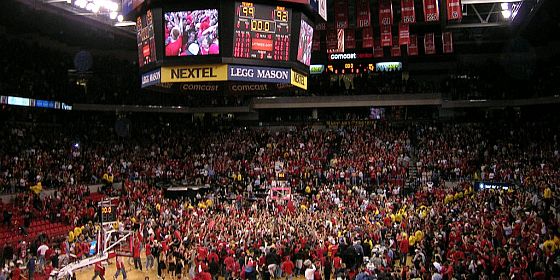 Now, there are reasons for the Terps to stay in the ACC. The first is obviously the $50m buyout they agreed to when the ACC went through their last round of expansion. It’s a large figure for any school to pay out, especially one with a structural deficit in their budget and a looming decision on Edsall’s contract. Those financial concerns appear to be mitigated, at least in part, by news that Plank cashed out $65m in stock in Under Armor. Plank, who wields considerable influence thanks to his financial contributions, will likely support the move to add Maryland to the larger Big Ten television footprint. Another concern, overblown by some in the media, is the destruction of Maryland’s traditional rivalries. While Maryland has a long considered Duke and UNC rivals, the Blue Devils and Tar Heals view each other as their primary rivals. A move to the Big Ten will not diminish the quality of the basketball schedule, and add a potential primary football rival in fellow new addition Rutgers.