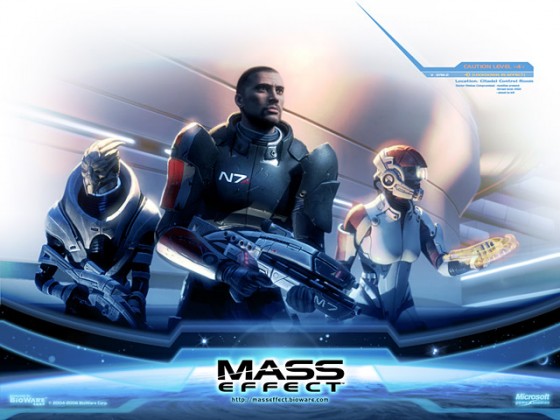 Even though attempts to bring Halo to movie screens have failed miserably, that hasn’t stopped the studios from acquiring rights to other wildly popular games. Like for instance Mass Effect, whose rights were just picked up by the fellas responsible for The Dark Knight and The Hangover, Legendary Pictures.

The game is set in the year 2183 and deals with a human soldier, a ship called the SSV Normandy and a plethora of alien races waging war across the galaxy. I’ve never played it myself, but I hear tell it’s pretty damn cool and if properly done could make a kick ass film. We shall see.

Video game adaptations for the most part have disappointed with critics and at the box office. Doom and Max Payne are just two examples of major misses. However, with favorable buzz surrounding this Friday’s release of another gaming flick, Prince of Persia, maybe the trend will be snapped.

If you’re unfamiliar with the Mass Effect story, here’s a trailer from the original game.