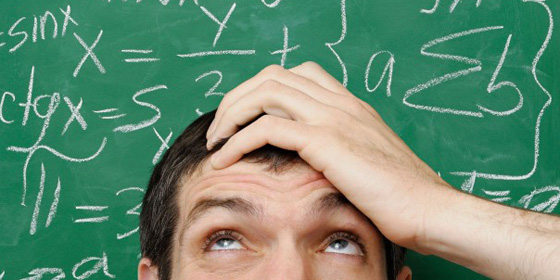 Math. Am I right, people? What a ridiculous thing to have to have forced down our throats from the moment we step into Kindergarten till the split second we run screaming from high school. We all have to learn that two different groups of things can be added together to form bigger groups, or, much like Tribbles, they double and triple in number and multiply. We discover how to section things into pieces, subtract parts, and measure fractions of stuff, while nearly 90% of us want to jam the compass we’re using to measure circles directly into our eye balls. Math is a colossal pain in the ass, and anyone who says otherwise is full of shit.

That being said, there are people who actually love math and spend countless hours coming up with asinine and pointless problems with no discernible solutions. Why? I guess because they can and they like to watch everyone else wet themselves trying to not to explode their skulls trying to figure them out. These people suck and what follows are a few of these problems that still remain unsolved just in case you’d like to drive yourself completely bonkers.

The Birch and Swinnerton-Dyer Conjecture 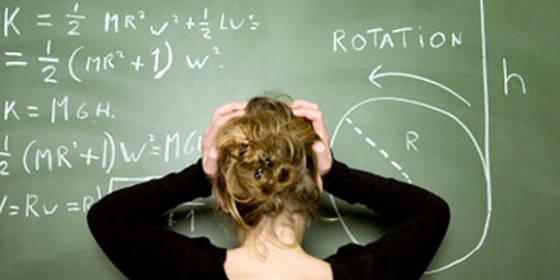 The what in the what now? Exactly. Apparently, this is one of the most famous problems in the realm of number theory and features a million-dollar prize for anyone able to correctly prove it. “It is named after mathematicians Bryan Birch and Peter Swinnerton-Dyer who developed the conjecture during the first half of the 1960s with the help of machine computation.” So, it’s not like they came up with it on their own, or anything. They had to use a computer… the damn cheaters. Also, according to Wikipedia, this nonsense is true:

The conjecture relates arithmetic data associated to an elliptic curveE over a number fieldK to the behaviour of the Hasse–Weil L-functionL(E, s) of E at s = 1. More specifically, it is conjectured that the rank of the abelian groupE(K) of points of E is the order of the zero of L(E, s) at s = 1, and the first non-zero coefficient in the Taylor expansion of L(E, s) at s = 1 is given by more refined arithmetic data attached to E over K (Wiles 2006).

Yeah. That’s what I thought. Pfft, like we all don’t know what that means… up there, with all those words and… other words. Anyway what does this problem actually look like? Well, feast your eyes on this:

Of course this is all predicated on the fact that “the quantities on the right hand side are invariants of the curve.” Of course they are. Duh. 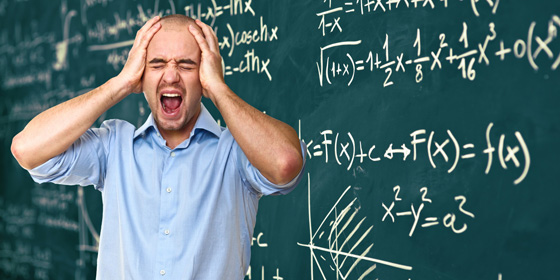 Don’t freak out if the following description makes you want to punch math right in the balls, because sixty-percent of it uses words I’ve never even heard of… and I’m a writer!

The Hell? Spell-checker underlined half of that shit too, and it’s a computer! I’ve read Japanese stereo instructions that make more sense than this gibberish. Okay, all of that yadda-yadda aside, what the fuck does William Vallance Douglas mean with this mess? Well, according once again to the Wiki entry, “It was formulated as a result of a work in between 1930 and 1940 to enrich the description of De Rham cohomology to include extra structure which is present in the case of complex algebraic varieties.” Well, that helps. Now I understand everything. I can die happy and not at all scratching ruts in my head as I wonder till my last breath why I suddenly give a shit. Huzzah. Oh, right, it looks a little something like this:

And by the way, “Let X be a projective complex manifold. Then every Hodge class on X is a linear combination with rational coefficients of the cohomology classes of complex subvarieties of X“. Because you’re gonna look really stupid if you don’t. 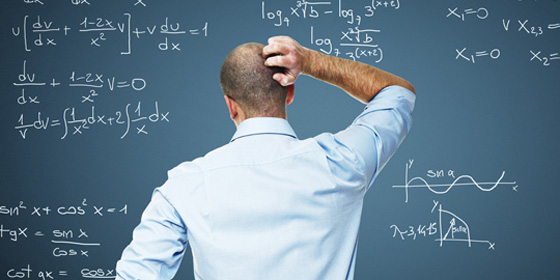 Apparently life in 1849 wasn’t rife enough with gunslingers, marauding natives, and  Westward Expansion, because some dude named Alphonse de Polignac was bored enough to come up with a math statement that says:

And you know what? It took literally the entirety of the 164 years since for anyone to even come up with something remotely similar to a solution.

In 2013 an important breakthrough was made by Zhang Yitang who proved that there are infinitely many prime gaps of size n for some value of n < 70,000,000.

I don’t know what all these supposedly ‘smart’ mathematicians have been doing for the better part of 200 years, but solving this guy’s problem must have been low on the list. However, Zhang’s ‘breakthrough’ was just that, and not really an answer to the question. Or conjecture. Or whatever the fuck it is. It looks thusly:

Wait, there’s more. The next step assumes that, “Cn is a function of n, and

means that the quotient of two expressions tends to 1 as x approaches infinity.” Obviously. Here’s the next step, for those of you on the edges of your seats:

And then, filling in the three-part saga, there’s this:

And this time around, Darth Vader gets really pissed and says, “Cn is C2 multiplied by a number which depends on the odd prime factors q of n.” That sinister prick.

Those are only three of the seemingly endless list of these ‘unfinished’ problems, and as much as I’d like to write more, my brain hurts and I need to lie down.