Mattel has finally decided to embrace the Aqua song, “Barbie Girl” for a new advertising campaign, however it comes 12 years after the song was popular. The story comes from Media Decoder :

Maybe it’s because Barbie is a doll and not a person, but it seems she doesn’t know how to hold a grudge. Twelve years after the hit pop tune “Barbie Girl” raised the hackles of the toymaker that sells Barbie, Mattel, the song is being adapted for Barbie advertising. Mattel has uploaded to YouTube a video clip of a dance called the Barbie, which is danced to a rerecorded version of “Barbie Girl.” The video is also scheduled to be shown on “Today” on NBC on Thursday morning.

Mattel sued Aqua and the band’s label, MCA, claiming trademark and copyright infringement. Courts dismissed the lawsuits. In 2002, a judge ruled the Aqua song was protected as parody and also tossed out a defamation suit against Mattel filed by MCA. The ruling included a sentence rarely found in legal opinions: “The parties are advised to chill.” Now, it appears, Mattel has taken that advice. 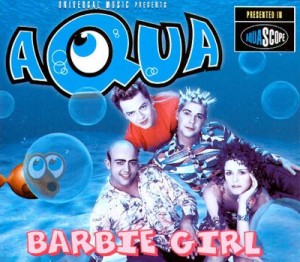 Unfortunately they seem to have re-written the song and taken out the best parts. These Barbie Girls don’t seem nearly as fun loving and dirty as the girl in the original song. I’m not exactly an advertising executive, but somehow this seems a bit late to be jumping on the bandwagon. Why didn’t they just embrace the song and run with it at the time? Of course this campaign will probably work, and someone will be held up as a marketing genius, but it all seems a bit silly to me. For information on the original song, we turn to Wikipedia :

“Barbie Girl” is a song in the bubblegum pop genre by the Danish dance-pop group Aqua, who released it in 1997 as their third single overall, and the first United Kingdom release. The song is included on the album Aquarium and was written by Claus Norreen and Søren Nystrøm Rasted after the group saw an exhibit on kitsch culture. The song topped the charts worldwide, particularly in European countries such as the UK, where it was a number-one hit for three weeks; it was also on top of the charts in Australia for the same length of time, and debuted and peaked at #7 on the U.S. Billboard Hot 100 on September 6, 1997.

Here is the original:

I don’t know what the hell this is, but I like it :

There is no word yet whether the Barbi Twins will be utilized in this new marketing campaign. Considering how old they must be at this point, I certainly hope not 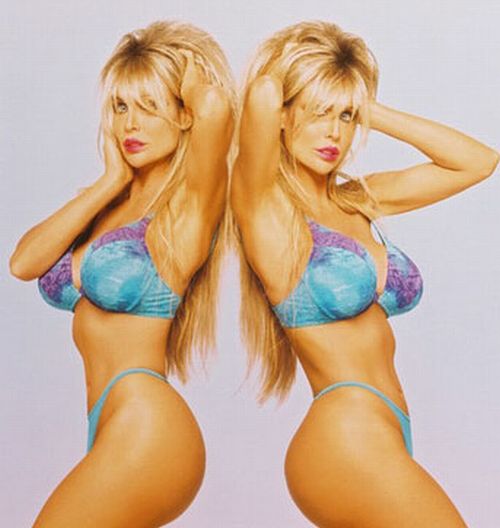