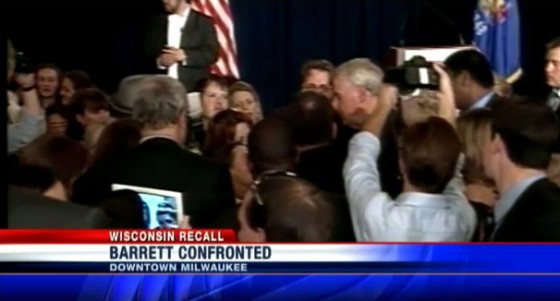 I don’t follow politics too closely, but any time a woman slaps a mayor in the face after he concedes a recall election for Governor of Wisconsin, I’m all aboard. That’s what happened when Mayor Tom Barrett walked into his crowd of supporters after delivering his concession speech last night in his bid for Governor against Scott Walker.

The only thing that would’ve made this better was if the woman was gang tackled by security and hauled away kicking and screaming.