The Compact Crossover segment has grown into one of the largest, best-selling automotive categories on the market. While we drive a decent amount of vehicles here at Gunaxin, there are literally hundreds of cars on the market, and it’s rare that we have the opportunity to compare two from the same segment directly. However, we recently spent some time behind the wheel of two of the best affordable compact crossovers, the Mazda CX-5 and the Ford Escape. While the two vehicles are noticeably similar, there are distinct differences and advantages to each as well. Below we’ll share our thoughts on each of these crossovers, and tell you which one we prefer. 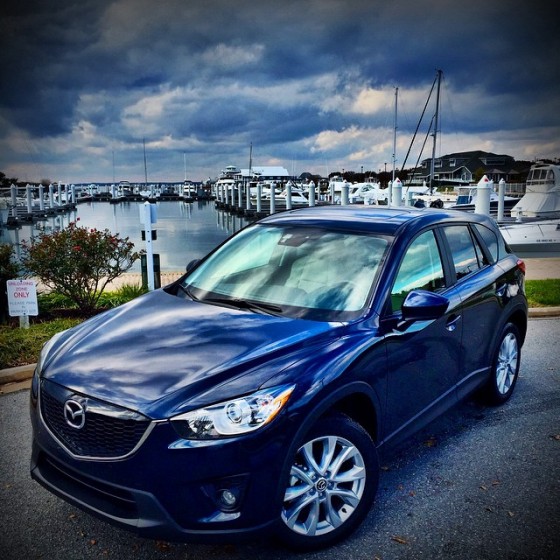 The Mazda CX-5 was an all-new model and entry into the compact crossover market for Mazda for 2013. In the two model years since, the CX-5 has been further refined, and we spent our time in the latest 2015 CX-5 Grand Touring AWD model that you can see in the Instagram photo above.

The exterior styling on the CX-5 is unmistakably Mazda. From the distinct Mazda front grille to the body creases that hint at movement even when the vehicle is standing still, the CX-5 utilizes the same design language as other vehicles in the Mazda lineup. It’s a package that we found even more successful on the CX-5 than we do on the Mazda sedans.

While the interior of the CX-5 gets the job done, it doesn’t do much to delight us either. We continue to be disappointed by the technology and TomTom GPS in Mazda vehicles. The seats were moderately comfortable, and overall interior styling was understated but functional. Mazda seem to have a “less is more” mentality about their interiors, keeping things simple, and out of your way. We appreciated the color-contrasting sand-on-black interior over the standard monochromatic black that Mazda typically offers.

Where the Mazda CX-5 really shines is in the ride quality. We drove the larger, optional SKYACTIV-G 2.5-liter engine with an output of 184 horsepower and 185 lb-ft of torque. It’s smooth and quiet, but also nimble and responsive. It’s simply fun to drive, and at the same time it provides superior gas mileage with its lightweight SKYACTIV technology. 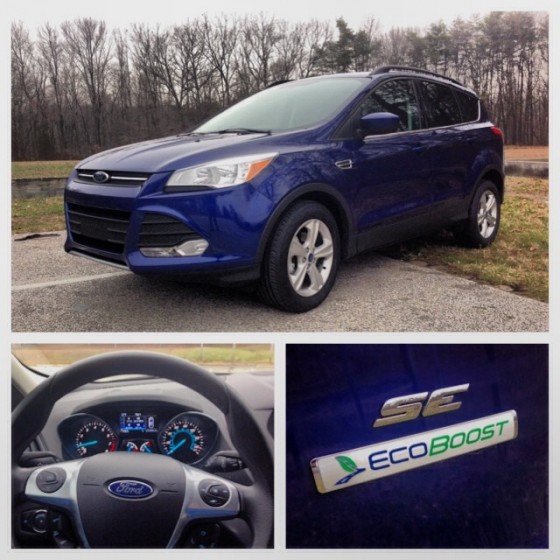 The third-generation Ford Escape was introduced for 2012 and has been refined each successive model year since. We spent our time behind the wheel of a 2014 Ford Escape SE that you can see from the Instagram photo above.

Ford touts their signature technology of the hands-free lift-gate on the Ford Escape, but we honestly didn’t find it nearly as useful as a similar feature from Hyundai and Kia. While the exterior styling isn’t as aggressive as the CX-5, we appreciate the understated classic style of Ford’s current design language.

On the interior Ford continues to load its vehicles with technology, with SYNC as the centerpiece. We found the interior comfortable, stylish, and modern, but some of the controls are a bit too complex for the driver to operate.

The Escape SE featured a 1.6-liter EcoBoost engine that produces 178 horsepower and 184 lb-ft of torque with the aid of turbocharging and direct injection. Overall we were pleased with the performance and handling, but it wasn’t nearly as much fun to drive as the CX-5 at slightly less fuel efficiency.

While we enjoyed our time in both compact crossovers, a clear winner emerged. Both vehicles had their strengths and weakness, and for most drivers a buying decision probably comes down to personal preferences and priorities. The Mazda CX-5 is more fun to drive, has more aggressive exterior styling, gets better gas mileage, and is priced lower than the Ford Escape. Therefore in this head to head comparison, we would choose the 2015 Mazda CX-5.