Welcome to our Holiday Gift Guide and Giveaway where we feature our favorite gifts for this holiday season, and then give them all away to our loyal readers! While we don’t have everything for every person in our audience like Oprah or Ellen, we do have one of each item you see below in order to give out to some lucky winners!

In all we have over 30 items on our Favorite Things List, so start by checking out this great list of holiday gift recommendations. If you’d like to win something you see below, utilize the widget at the bottom of this article to enter this amazing giveaway. We’ll select some winners, and ship the product to you as our gift, just in time for Christmas!

Our Media Gift Guide and Giveaway features a fabulous mix of recent movie and television releases. Check out the Gift Guide below, and don’t forget to enter to win at the very bottom. 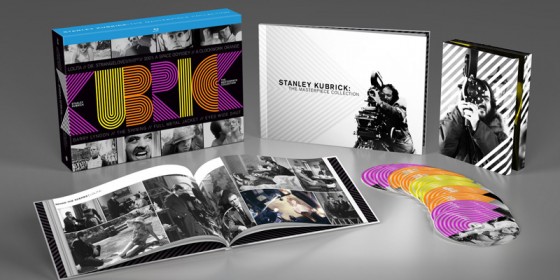 With its limited-edition Bro Code Playbook packaging, “How I Met Your Mother” – The Whole Story makes the perfect gift for the holidays. The collection includes all nine seasons of the Emmy® Award winning show along with the show’s alternate ending fans have been eager to see. A brand new bonus disc comes loaded with featurettes including a complete series retrospective documentary of the series, a piece focusing on the casting of the infamous mother, a look back at how the Mosby kid sequence from the finale was shot back in 2006, the San Diego Comic-Con introduction and panel from 2013, a live table read of the touching series finale and an in-depth look at “The Pineapple Scene” where the mystery of the pineapple is FINALLY revealed! 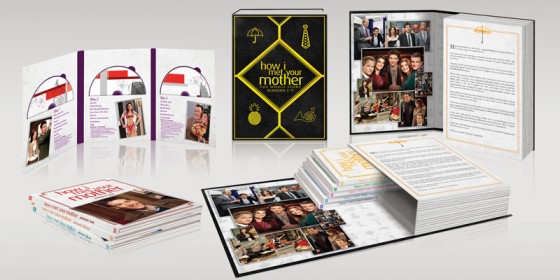 Warner Brothers Home Entertainment honors one of the most celebrated motion pictures of all time with the Gone with the Wind 75th Anniversary Ultimate Collector’s Edition on Blu-ray™ and Digital HD with UltraViolet. This “must have” for classic film collectors will be fittingly presented in limited and numbered sets, with new collectible packaging, new enhanced content and new collectible memorabilia. The memorabilia includes a replica of Rhett Butler’s handkerchief and a music box paperweight playing Tara’s theme with an image on top of the Rhett-Scarlett kiss. Also included is a 36-page companion booklet featuring a look at the immortal style of Gone with the Wind, written by New York fashion designer and Project Runway fan favorite, Austin Scarlett. 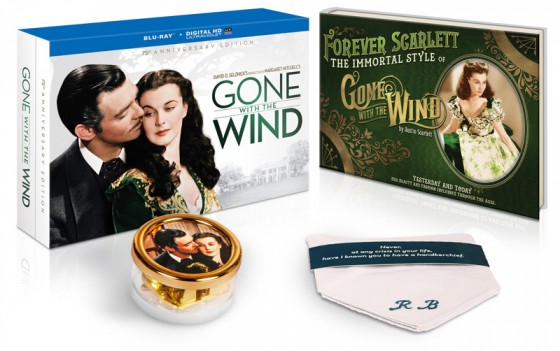 One of television’s most critically-acclaimed dramas returns for one more mission as “24: Live Another Day” arrives on Blu-ray and DVD from Twentieth Century Fox Home Entertainment. Starring Emmy® winner Kiefer Sutherland as legendary hero Jack Bauer, the action-packed series follows our hero in real time over 12 episodes as a new terrorist threat unfolds overseas. The year’s most anticipated television event, “24: Live Another Day,” delivers more explosive action than viewers could have hoped for! Exiled in London for four years, former Counter Terrorist Unit agent Jack Bauer (Sutherland) must spring into action to try to save U.S. President James Heller (William Devane).

When we were 17 it was a very good year — a year for Homer’s new dad, MacGyver gets mad, Sideshow Bob’s not so bad… Another comical compilation of “The Simpsons” — the longest-running scripted show in television history — has arrived. Season 17 contains all 22 outrageous episodes, a vast repertoire of Springfieldian special features, plus a mind-blowing list of celebrity guest voices, including Alec Baldwin, Larry Hagman, William H. Macy, Frances McDormand, Rob Reiner, Susan Sarandon and Lily Tomlin, just to name a few, with additional guest voices also providing commentary including Richard Dean Anderson, Ricky Gervais, Michael York and Kelsey Grammer. Phew! 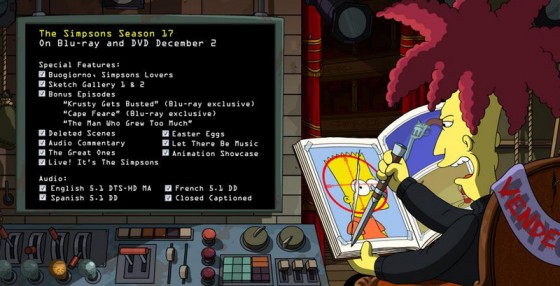 The quest through Middle-earth continues in The Hobbit: The Desolation of Smaug, from Academy Award®-winning filmmaker Peter Jackson, when the epic fantasy adventure is released as an Extended Edition on Blu-ray 3D™ and Blu-ray™. A production of New Line Cinema and Metro-Goldwyn-Mayer Pictures, this extended cut of the second film in The Hobbit Trilogy includes 25 minutes of extra film footage that extends individual scenes, making this the must-see, definitive version for fans. The Extended Edition includes more than nine hours of new bonus features that will enrich the experience of the Trilogy as fans gear up for the December 17 theatrical release of the third and final film, The Hobbit: The Battle of the Five Armies.

X-Men Unite! The only way to save the future is to go into the past. Twentieth Century Fox Home Entertainment takes you back in time to stop the end of the world with X-MEN: DAYS OF FUTURE PAST on 3D Blu-ray™, Blu-ray™ and DVD. Featuring a massive collaboration of legendary actors and the return of director Bryan Singer, “the very best [film] of the franchise since the first X-Men” comes to life in amazing fashion that you’ll have to see to believe (Stephen Rebello, Playboy).

The X-MEN: DAYS OF FUTURE PAST Blu-ray and DVD brings nearly an hour of never-before-seen special features that will take you even further into the making of this epic adventure. From the background story and creation of the building of the Sentinels program, to a gag reel of cast member’s “finest” mutant moments, the Blu-ray is a must-have for any true fan and new fans of the franchise.

Get ready for worlds to collide like never before! Twentieth Century Fox Home Entertainment takes you to the center of the battle between apes and humans with DAWN OF THE PLANET OF THE APES 3D Blu-ray™, Blu-ray™ and DVD. The film quickly became the highest grossing film in the franchise, netting nearly $680 million at the box office, and the most critically acclaimed blockbuster of the summer.

With approximately two hours of special features, the DAWN OF THE PLANET OF THE APES Blu-ray will make a perfect holiday gift for any action film fans. The Blu-ray is jam-packed with behind-the-scenes footage and deleted scenes, including intimate interviews with Andy Serkis on how he masterfully created Caesar and inside looks at the secrets of the relationship between man and apes.

So there you have it, eight of our Favorite Media items this Holiday Season. Any of them would make an excellent gift, but we’re sure you have a favorite from the list. If you’d like to win something you see above, utilize the widget below to enter. We’ll select some winners, and ship the product to you as our gift, just in time for Christmas!

Please refresh page if widget below fails to load