There’s really nothing like a good old-fashioned creature-feature, especially if it contains Jason Statham as the hero. Well, if this is what you’ve been waiting for, the wait is over, for The Meg is here to sate your hunger. It’s not meant to elevate cinema or to break any new ground; however, it turns in a surprisingly wonderful effort to keep you entertained and thrilled. Besides, if you need any more of a reason to see The Meg other than “Jason Statham versus a big frickin’ shark,” you have no sense of fun and need to get that remedied, stat.

And it all starts with Statham as down-and-out deep sea rescuer Jonas Taylor. Or is Statham playing every hardass character he’s ever played in the 20 years we’ve been watching him? It doesn’t matter. It’s Jason Statham, so you know what you’re getting into: steely glances, pointed sarcasm, big heroics, a dutiful sense of humor, and a rock-hard physique which makes you want to walk straight out of the theater and not leave the gym for a month until you’ve gotten it right. He gives Jonas a fair amount of gravitas as a roughneck who’s about to go back into a deep sea rescue vehicle (DSRV) for the first time in five years.

You see, five years ago, Taylor had to make one of those “Either these two people die, or all of us die!” kind of choices endemic to films like this. It’s the first in a long list of clichés this film employs to seat us in comfortable spots before THE MEGALODON ASCENDS. Yup, he’s fighting! his! demons! and getting back behind the wheel of a DSRV because a research team has gone into an undiscovered realm past what we’ve recorded as “the bottom of the ocean,” and something huge has battered their craft lifeless. 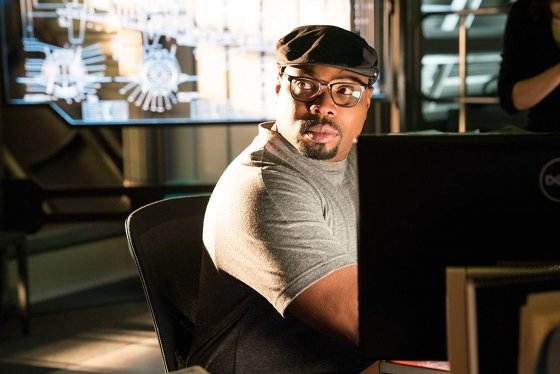 The Mana One research facility looks an awful like an oil drilling rig at the water’s surface, but with several thousand feet of high-tech and futuristic construction below it. Its inhabitants? Your stereotypical fodder – with nicknames straight out of The Abyss – for whatever beast lies in wait. Offhand examples include snarky computer engineer Jaxx (Ruby Rose), nouveau riche and idiotic benefactor Morris (Rainn Wilson), black-guy-who-can’t-swim DJ (Page Kennedy), a submersible pilot referred to as “The Wall” (Ólafur Darri Ólafsson – why must there always be a huge guy in the submersible? I’m looking at you, Titanic, ‘cause you started it), buddy-to-everyone Mac (Cliff Curtis), and facility medic Dr. Heller (Robert Taylor). It should be pointed out that Dr. Heller’s the one who pronounced Jonas to be unfit for duty; he was the medic on Jonas’ DSRV during the ill-fated incident, blaming it on Jonas suffering from pressure dementia. 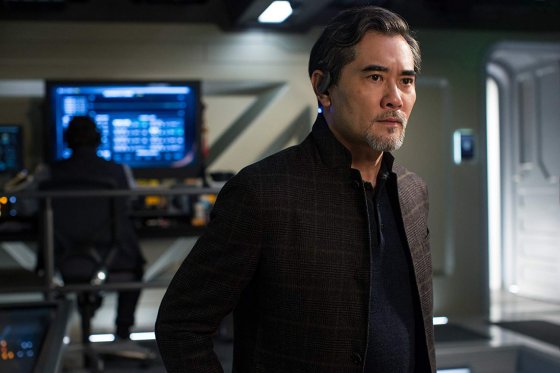 Furthering the drama is Dr. Zhang (Winston Chao), his daughter Suyin (Li Bingbing), and her daughter Meying (Sophia Cai). Suyin aspires to be the kind of person her father is, being stern and smart; Meying is the barrel full of cuddly rolling down the glass hallways of Mana One, knocking everyone over with how kind and funny she is. Be warned: Cai straight-up ganks the movie out from underneath everyone, including Jason Statham, whose character forges an unlikely friendship with Meying while things get professionally and sexually tense with Suyin. 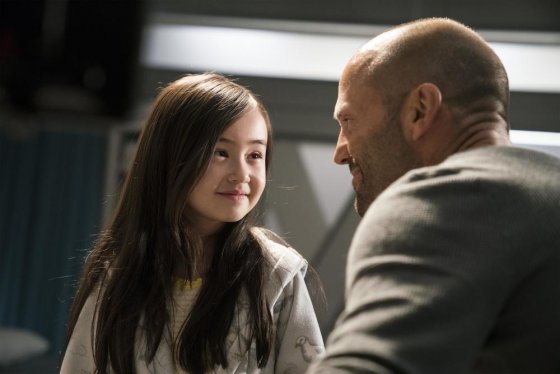 All of these personalities get even more amped up once the titular Megalodon appears on their radars and starts bashing them around. This computer-generated, gargantuan shark may look corny, but that won’t stop you from jumping half out of your chair during a surprise attack, even if its arrival is (at one point) telegraphed for at least a full minute. The Meg is powerful and large, and it won’t stop at anything to acquire its food, even if it means going over and through a yacht or two. 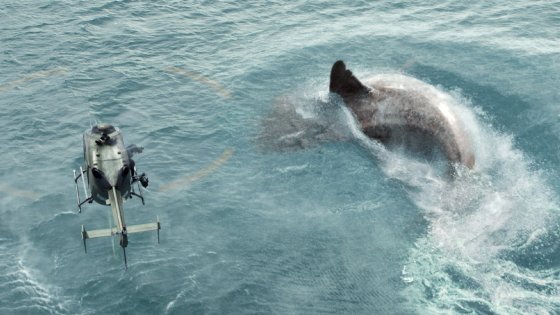 It’s obvious to see where The Meg – based upon a novel by Steve Alten – gets its influences. Verily, you can’t have a shark movie without the requisite nods to Steven Spielberg’s Jaws in the mix, and director Jon Turteltaub makes sure to throw in some shot-for-shot homages. Stock characters – insofar as tropes as well as their actions – from films like Broken Arrow, Top Gun, The Abyss, and every other deep-sea diving film abound throughout. Even Harry Gregson-Williams’ score has a leitmotif cadged from Marc Streitenfeld’s Prometheus theme (a score which, oddly, features two tracks by Gregson-Williams himself). 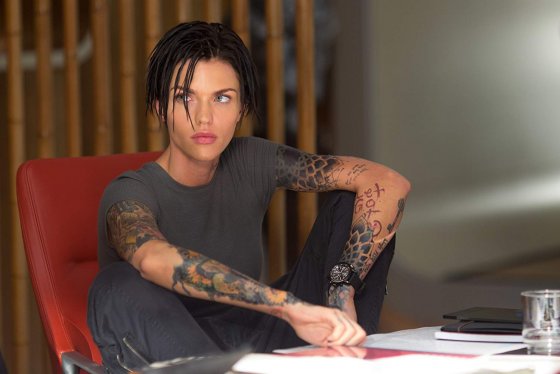 Yeah, The Meg’s recipe, if broken down like a cookbook, wouldn’t read like the most original thing in the world. But the film lives and dies by how Turteltaub and screenwriters Dean Georgaris, Jon Hoeber, and Erich Hoeber put all those ingredients to good use. A globally inclusive cast, although bogged down by (and sometimes outright taking the mickey out of) certain stereotypes, makes this film entirely watchable and resonant, even if some of their dialogue is obviously meant for hamming and scene-chewing. Turteltaub puts them through the wringer, guiding them from one set piece to another with characteristic aplomb, almost gleefully throwing them in harm’s way for the sake of suspense. 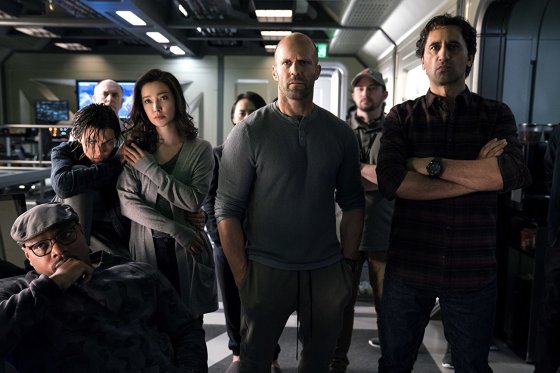 And by God, it works. We all know the giant Megalodon is coming for whoever’s in the water at the time; we don’t need John Williams’ cellos thrumming subtle E-F notes to presage its appearance. But you’ll be screaming like hell for characters to get out of the water instead of lingering like baby platypi, and that’s exactly what Turteltaub wants. This throwback to 1950s creature-features is meant to be enjoyed, not overanalyzed for symbolism or any deeper message. We’re here to have fun, and The Meg gives us an ocean’s worth of it.

If you need any more of a reason to see The Meg other than “Jason Statham versus a big frickin’ shark,” you have no sense of fun and need to get that remedied, stat.