Ten Memorable Moments from the Biggest Television Hits of 2016 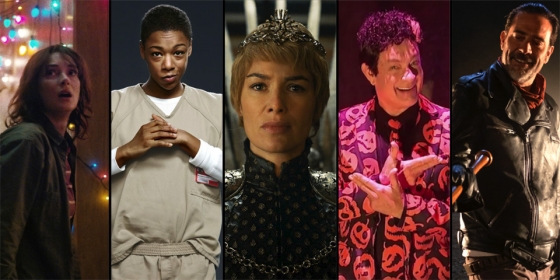 As is our annual tradition, we will spend the next few days celebrating the best moments of the past year. And today, we are talking about television’s biggest scripted shows and the moments that captivated us all year-long, on cable, steaming or network television.

By the time season three of AMC’s hit show, The Walking Dead, aired, it had become a record-breaking cable television hit. As the show moved forward each year, the ratings continued to climb and by the end of 2015, the show was averaging 13 million viewers per episode and was the most watched show in cable television history.

On HBO, the same thing is happening with their latest hit, Game of Thrones. It has climbed from just over 2 million viewers per episode to an average of almost 8 million making it the most watched show in HBO history. On Fox, Empire is also breaking records for scripted television shows. It seems that the trend for most networks is going upward as more people continue to watch their favorite shows each season.

And let’s not forget about the newest television phenomena, brand-new streaming original series on services such as Netflix, Amazon, and Hulu. Shows like Orange is the New Black and Stranger Things are turning television viewers into online streamers.

Let’s take a look at the most memorable moments from television’s biggest hits of 2016.

The British Prime Minister and a Pig

Riggs and Murtaugh Are Back!

Joyce Byers and The X-Mas Lights

But Whose Brains Did Negan Smash In?