Memorial Day is a day that is generally spent outside with family as you grill burgers and dogs, drink a few beers and basically just celebrate America and its veterans who have helped give us the ability to do those nice, relaxing things.

Of course, not everyone likes being outside. Seriously, who wants bugs buzzing around your burger, and being told you’re too old to get on the trampoline? Well, if you’re like us chances are you’ll be spending a good deal of the day inside, wondering what to watch. Well wonder no more, because we’ve picked out some of the best things that TV has to offer this Memorial Day. 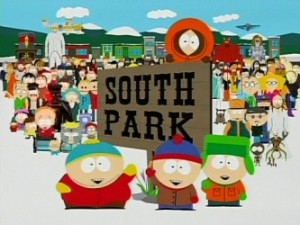 Who doesn't love countless hours of South Park? Well, whoever the jerk is who doesn't should probably avoid Comedy Central tomorrow, because the channel will be devoting the hours between 9:00 a.m. and 11:00 p.m. to its most successful show of all-time. We're not sure how it fits on Memorial Day, other than maybe as a way to remember all of the times Kenny has been killed? 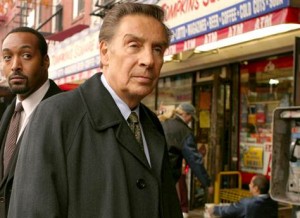 From 10:00 a.m. to 8:00 p.m. on Monday, TNT will be airing nothing but Law & Order. Granted, that could pass for basically every other day since TNT goes out of its way to put the great cops and lawyers show on TV as many frequently as possible. Seriously, when they say "we know drama" apparently they mean they are aware of this one dramatic show, singular, and that's the extent of their knowledge. 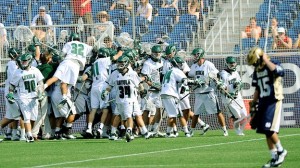 If you have never watched a game of lacrosse, you should really give it a chance. Take one part hockey, one part soccer, mix in some basketball type strategy and playcalling, and you've got lacrosse. It's a badass sport that's starting to blow up across the US, and as usual, the NCAA Championship game will be played on Memorial Day. It's an all-Maryland battle as Loyola squares off against Maryland at 1:00 p.m. on ESPN. 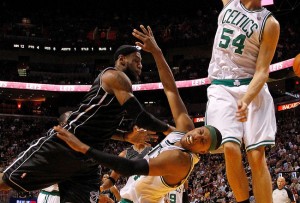 The Celtics polished off the pesky Sixers and move on to face the Heat, who came back against the Pacers to earn a berth in the Eastern Conference Finals. The grizzled veterans and the dynamic Rajon Rondo will be trying to make sure King James never gets to sit on the throne, which will be an even taller order for the Heat unless they can somehow get Chris Bosh healthy again. Game time is 8:30 p.m. on ESPN. 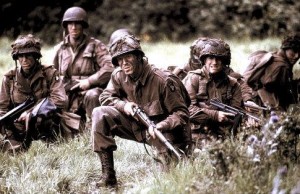 Okay, now we come to a marathon that actually makes sense on Memorial Day. From 9:00 a.m. to 9:00 p.m., Spike will be showing all 10 episodes of the epic, groundbreaking and truly exceptional miniseries Band of Brothers, which tells the story of Easy Company in World War II. If you watch any marathon tomorrow, or if you decide to take a break from being outdoors grilling and drinking beers, make sure you catch at least a little of Band of Brothers. It's one of the greatest things ever produced for TV or the big screen, and it is a firm reminder of what Memorial Day is all about.