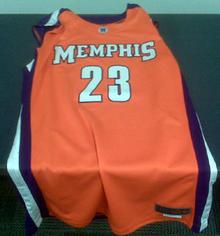 If you checked the upcoming schedule for the University of Memphis Tigers, this Wednesday’s (February 18th) game looks like nothing special. It’s at home against Conference USA cellar dweller Southern Methodist. As a Top Ten ranked program, it should be an easy win for the Tigers. And it may still be, but not without a little controversy.

With a cupcake on the schedule, the school dubbed Wednesday “FedEx Appreciation Night,” and asked the NCAA permission to wear FedEx’s colors in place of the normal blue and gray to honor the event. The NCAA agreed, and Memphis even had uniforms designed for the occasion. Now, some may see this as another step in the whoring out of athletics to advertisers. It wasn’t that long ago that we discussed on this site the cross-promotion between the Tampa Bay Lightning and the movie Saw V.  But remember that FedEx is a Memphis-based company and its executives have reportedly been bankrolling Tiger athletics, especially Tiger Basketball for much of the past decade (and not in an illegal way, just as boosters). 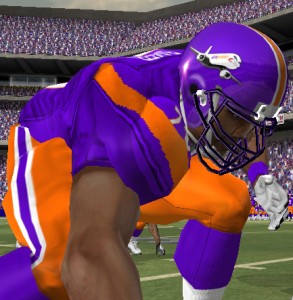 Alas, the uniforms are not going to happen. Upon further review, both Memphis and FedEx decided to scrap the idea after fear of public backlash. I guess even bad publicity isn’t worth it in this economy.

Personally I don’t fault Memphis. Maybe it wasn’t the best way to say thank you, but at least they tried something to benefit their main sponsor and maybe butter them up before advertising and donations start to get cut with the economy in the crapper. And for one night the Memphis Tigers look like the Phoenix Suns in a game no one will remember a year from now. It’s not like it was a permanent thing and no FedEx logos were involved. It wasn’t like the football team suddenly started looking like the picture above.

What do you think about the whole issue?