Why X-Men First Class is the Best X-Men Film 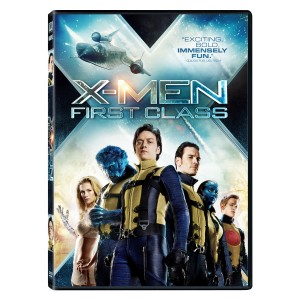 There are many X-Men films out there. There is  X-Men 1, 2, 3, Wolverine Origin, and X-Men First Class. Being a huge Wolverine fan, I couldn’t wait to see the ‘Origin’ film, but was disappointed like I was with X-Men 3. So, when I saw the trailer for First Class, I was skeptical because of the last two films. Yet when I saw it in theaters, I was blown away. One of the biggest issues fanboys have with comic book  films is they don’t stick closely to the source material. Still, with so many storylines for each series, there are bound to be plenty of film adaptations.

First Class does a great job of having a unique plot that follows the comic, but also goes its own route to in a way that should satisfy fanboys and non geeks alike.

For those who aren’t familiar with the film, it details the lives of  Charles Xavier and Erik Lensherr before they took the names Professor X and Magneto. It’s an origin story of how the two young men discovered their powers and work together with the government to stop another World War. The film is directed by Matthew Vaughn, who directed Kick-Ass, so if you loved the storytelling in Kick-Ass, then you will enjoy First Class. James McAvoy plays Charles Xavier and Michael Fassbender plays Erik Lensherr and work well together to show the dynamic and rocky relationship between Professor X and Magneto. The fantastic story combined with the actions scenes, introduction of other mutants, and great cameos make this film the best of the X-Men franchise.

It features a star-studded supporting cast, including Kevin Bacon, Jennifer Lawrence, January Jones, Rose Byrne, Zoë Kravitz, Nicholas Hoult and Oliver Platt. I’m hoping there will be a sequel and that Matthew Vaughn directs it. The film is available on Blu-ray and DVD on September 9th and you can win a DVD copy by following us on Twitter.  Check out the trailer.