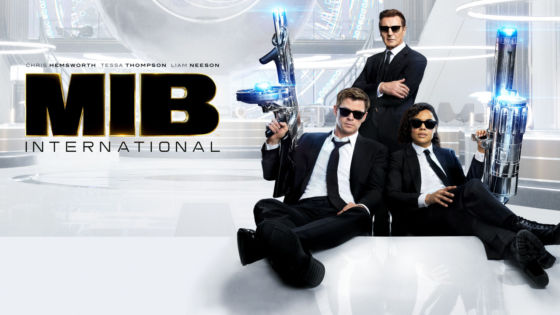 The Men In Black franchise is an oddly curious beast. With abundant star power and hype machines behind them, one expects more from this low-key, slightly underwhelming set of films, but all of them are fairly entertaining on some standard level. Action scenes and spunky dialogue punctuate these rather tonally droll films, letting the natural charisma of their leads do the heavy lifting rather than the story. 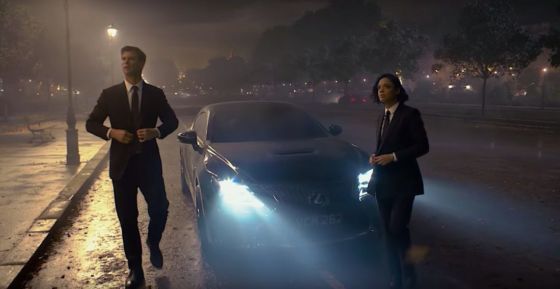 Men In Black: International continues this dubious tradition, relying on the chemistry between Thor: Ragnarok co-stars Chris Hemsworth and Tessa Thompson to carry the tune. By and large, they succeed, but only just; the rest of the film is devoid of personality or warmth, written solely to establish a new milieu and the principal characters inhabiting it. There’s really nothing wrong with Men In Black: International, as it goes out of its way to avoid pushing any buttons (well, they do have a cameo by those annoying worm idiots), but that’s a large problem. It simply doesn’t dare enough to differentiate itself from the rest of the pack. 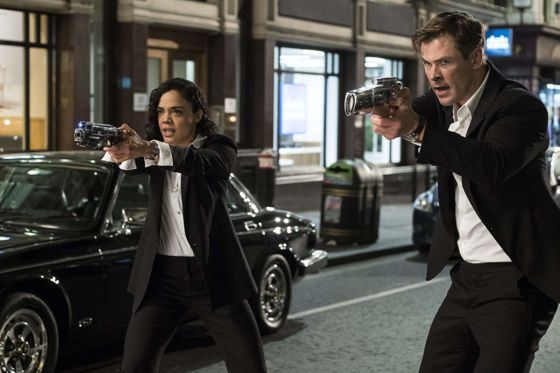 This could’ve been any kind of comedy about any government intelligence agency as a jaded veteran breaks in a wide-eyed subordinate. We’re told – rather than shown – stories about how Agent H (Hemsworth) has changed for the worse, turning from highly-regarded to slipshod and lackadaisical, but we barely see it. Everyone, from his superiors High T (Liam Neeson) and Agent C (Rafe Spall) to visiting friend Vungus (Kayvan Novak), claims he’s not what he used to be, but it’s couched in simple detachment while he stays (relatively) alert on the job. His life as seen in the prologue differs very little from his post-prologue life; sure, he’s a little more tired and reckless, but some fatigue after an undercover job during a 37-hour day (established in the original) is to be expected. 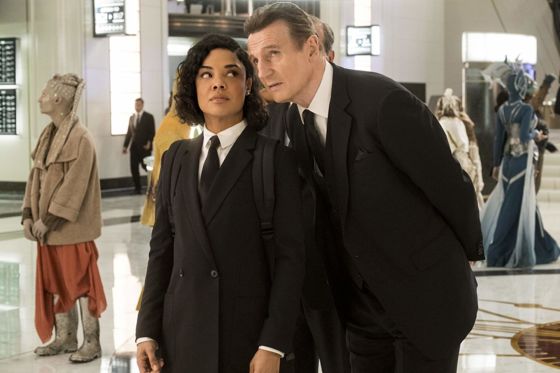 Enter Molly (Tessa Thompson), a woman obsessed with finding the Men in Black after encountering an alien as a child and seeing the cleanup crew arriving at her house. She’s driven to the point where she passes tests for the FBI and CIA with flying colors, and she’s more than capable of handling herself, but neither the FBI or CIA have any idea what she’s talking about when she says she wants to be positioned with the Men in Black. It takes her scouring the “hot sheets” (remember this from the original?) and hacking into NASA’s satellites before she has a chance at finding the entrance to MiB headquarters at the Brooklyn-Battery Tunnel Ventilator Building. 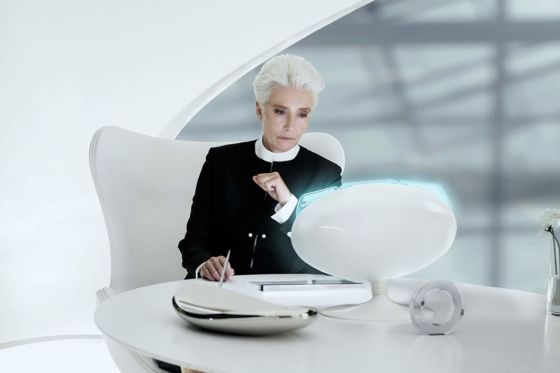 Recognizing that Molly has something to offer, Agent O (Emma Thompson) reluctantly recruits her, only to be surprised by how deftly she handles training, shown in only in a series of jump cuts which show nothing of the actual training, only O’s reactions to reports. But after making sure we know full well about how Molly – now dubbed Agent M – has surpassed expectations, she’s backhandedly paired with Agent H on a protection assignment. And for sure, we’re going to see both these Agents do the MiB thing and protect the world from the scum of the universe, right? 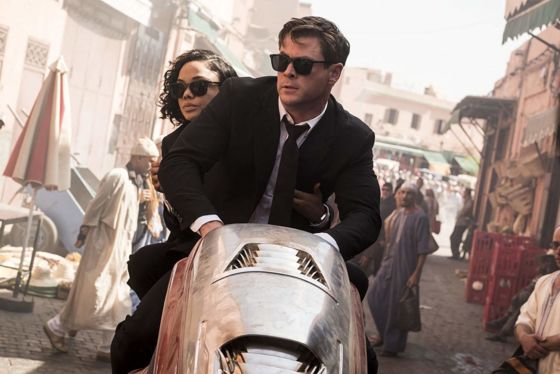 Well… yeah. The film’s title demands that we go “international,” so we’re transported from New York to London to other various points abroad, only to get slammed into barely-breathing action sequences. But we’re not allowed to expect these pretty people to get banged up with any real sense of danger, are we? Instead, we get walked through these fight and chase scenes with spiky dialogue defusing the stakes and giving a neither-here-nor-there tone to what should be fairly exciting set pieces. 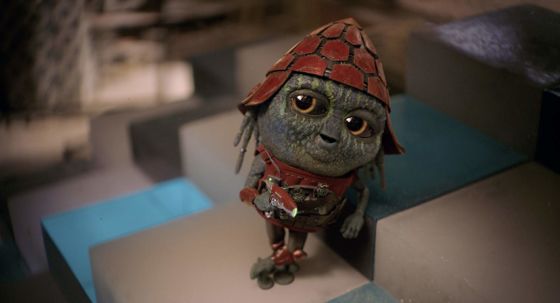 It’s at this point where one must consider: how much of this is a filmed story, and how much of this is merely .gif-able content? There’s absolutely nothing which allows us to sink into the movie and feel like we’re being taken on a ride. Instead, we’re talked at and given winks and nods to shine us on, which is a good way to alienate (no pun intended) viewers and destroy any sense of attachment to our characters. Truth be told, the only one with any endearing vibe at all is a CGI micro-creature named Pawny (voiced with perfect snark by Kumail Nanjiani) but even he’s given the “so cute, you know nothing’s going to happen to him” treatment. 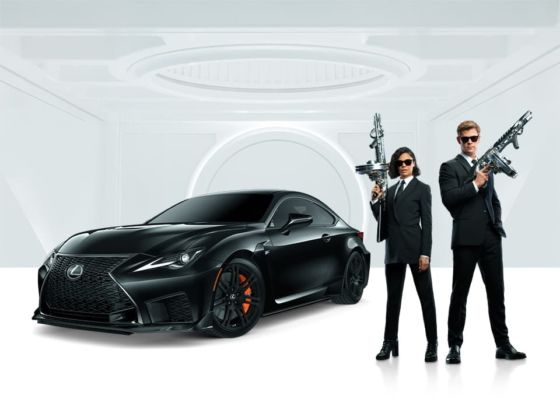 To their credit, both Tessa Thompson and Chris Hemsworth revel in what little definition their characters have been granted, yet they’re treated as avatars with no real point to them at all. We don’t get any sense of growth or personal journey with either Agent, but they’re damn fun to watch as they’re thrown through the air. A lot. Also, they share an easy affinity and bounce off each other well, and if there’s a second movie in the offing with these two, it’d probably be worth a look. But the script by Art Marcum and Matt Holloway makes too much of late-game revelations, haphazard misdirects, and corny dialogue, thus turning Men In Black: International into an instant content-machine instead of an honest-to-God film worth digesting.

Men In Black: International crosses the line from "film" into ".gif-able content," leaving Tessa Thompson, Chris Hemsworth, and Kumail Nanjiani as the only elements of the film worth watching.