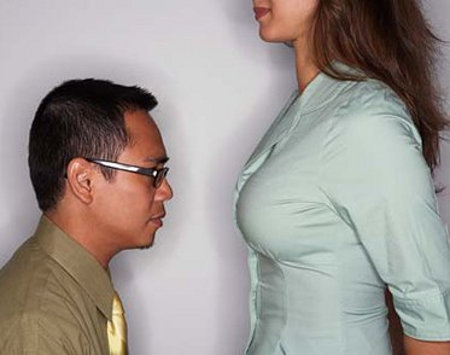 If there’s anything a guy likes more than gobs of pub food, barrels of beer, and occasionally, sports, it is, without a doubt, tits. That’s right, claim all you want you’re an ‘ass’ man (because you are only hiding the inevitable), the truth remains that every straight guy loves the fun bags. Chest-icles are God’s way of saying, “Look, fellas! Handlebars!” And as it seemed, at least for a while anyway, that glaring at a scrumptious set of cans was actually beneficial to your health! Yeah, well, just like so many other ‘truths’ in this life, it was naught but bullshit. Here’s the skinny from MSNBC.com:

You’d have to be a total boob to fall for this one. Still, chances are, you’ve seen this on someone’s Facebook over the past week: “Stare at boobs for longer life: Study.”
The story goes like this: A study published in the New England Journal of Medicine suggests that dudes who stare at boobs aren’t just being disrespectful and creepy — the act of ogling is as heart-healthy as a 30-minute workout.
Too bad it’s totally fake! No such study was ever published in the New England Journal of Medicine, because no such study exists. (Even Snopes knows)

The story resurfaces every few years, and every time, at least a few media outlets fall for it. (This time, it fooled Fox News.) To which we say: You guys. There are studies out there of urine-based decision-making, Botox for your nether regions and a brain chemical that gives you two left feet. Who needs to make stuff up?

What a fuckin’ disappointment. Well, be all that as it may, I shall maintain a constant vigil as I peer with aplomb at as many jiggling sets of breasts as I conceivably can. I will not be swayed by this travesty of journalism! We as men must take a stand! And you as women are just gonna have to have your shirts and blouses open because this is for OUR HEALTH! Cans for Mans! Or something…