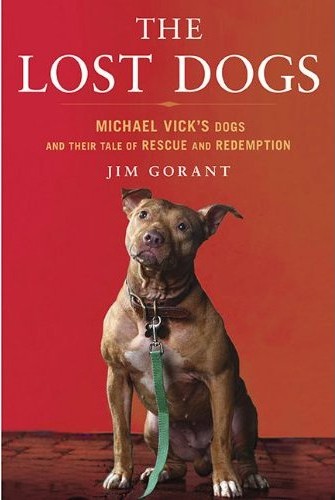 Correction, it was actually Jim Gorant of Sports Illustrated who wrote the book, but if dogs could write, this is what they would’ve written about Michael Vick. Do you think he’ll read it?

For Michael Vick apologists, the ones who say “Duh, well Vick made a mistake and deserves a second chance,” please read The Lost Dogs: Michael Vick’s Dogs and Their Tale of Rescue and Redemption and say with a straight face that Vick really deserves a second chance in the NFL. Read for yourself what Bad Newz Kennels was really about and see that this was far more than just a “mistake” that Vick paid for with a prison sentence.

Vick’s crimes had victims. People dismiss that fact, forgive him, and root for him on the football field. While these dogs were going through extensive rehabilitation, Vick was out partying with co-defendants.

Forgiveness is certainly a noble power. But don’t forget the victims.

Also, vote for Vick on Gunaxin’s “Which NFLer Would You Want to Punch in the Face?”