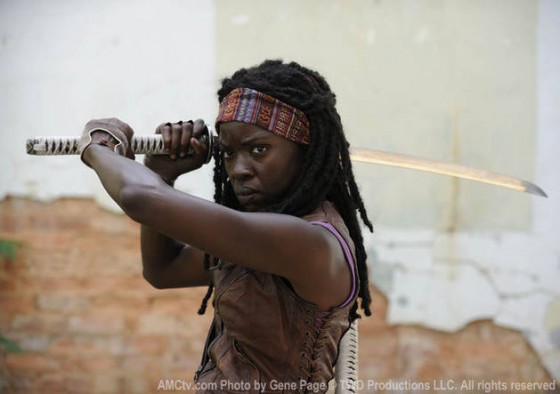 The Chris Harwick hosted AMC series Talking Dead debuted a sneak peek of The Walking Dead Season 3 last night and it’s all about the sword wielding Michonne, who is now a featured castmember. i have nothing against blasting zombies in the face with a shotgun or crossbow bolt, but a razor-sharp blade slicing through a neck is the shit.

The 16-episode Season 3 premieres in October.