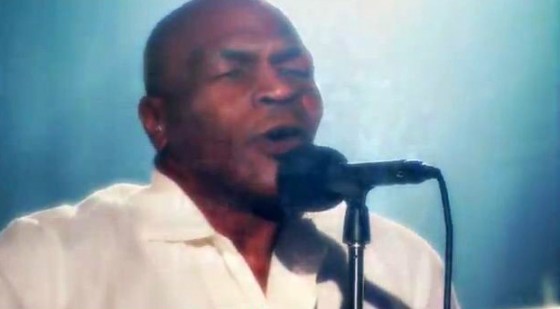 As LeBron James ponders how to beat Kevin Durant and the Oklahoma City Thunder, he can draw inspiration from this haunting tribute song featuring the silky smooth vocal stylings of ex-heavyweight champ/convicted rapist/known ear biter Mike Tyson, who performed it on Jimmy Kimmel Live.

The fro and headband are nice touches. Hard to believe, but Tyson has transformed himself into quite a comedic performer. How is it that he doesn’t have his own reality series yet?