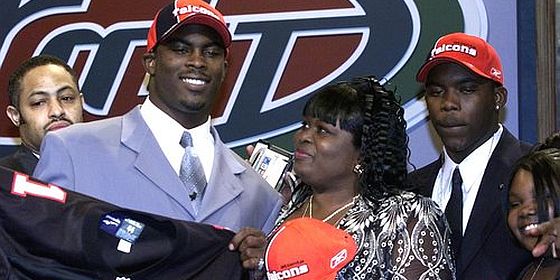 It has been a difficult season for Eagles’ Quarterback Michael Vick. The veteran signal caller has been under fire and under performing all season, leading the Eagles to a 3-5 record while on pace for a career high 18 interceptions. He is also being sacked at an exceptionally high rate, having been brought down by opponents 27 times in 8 games. Adding to his own failings, is a rapidly growing call for the Eagles to replace both him and his biggest supporter, Head Coach Andy Reid.

If his on field problems weren’t enough, this week Vick has had to deal with the fallout from two of his siblings going off on Twitter. The first story broke soon during Monday Night Football (and Eagles loss), when followers started retweeting Vick’s little brother (a veteran of Virginia’s legal system) Marcus. It seems that Marcus does not appreciate the way that the Eagles are using (and abusing) his big brother, and during an extended rant he demanded that they trade Michael. Marcus showed his in-depth knowledge of the NFL, whose trade deadline had passed a week before. 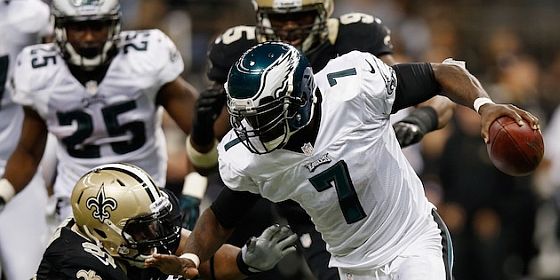 Not to be outdone by her more famous, and felonious, siblings, Vick’s sister Court n also went off on Twitter during Monday Night Football. Originally reported by Crossing Broad, the (now deleted) tweets contained a mix of foul language, offensive comments and incomprehensible shorthand.

Michael has already apologized for his brother’s comments during the game, and Marcus has apologized as well. We will wait to see if he weighs in on his sister’s rant, and hope for his sake that there are no other siblings waiting to come out of the woodwork.