What are MiniMates, you might be asking yourself? Well, I’ll tell you! Imagine LEGO figures but with far more articulation and far more impressive design work and you have a basic idea. Created by a company called Art Asylum back in 2002, and their longest-running licensed characters are those from the Marvel Universe. Since then, they have gone on to create likenesses from dozens of comic properties, films, TV shows, and nearly everything else, up to and including: Rocky, The Godfather, HALO, KISS, and For a Few Dollars More. There are lots more than just these, and I have picked out ten that I think are probably some of the best based on both the number of different types and just how closely they match the subject they’re tied to.

And hey, since it’s the Christmas season, and you probably know someone who likes to collect something, now would be a great time to check these out and maybe knock a few gift ideas off your list, right? This can all be found at Amazon, and in places like Toys R Us and comic book stores. Let’s play!

These ladies (of which I own all 8... just sayin') are taken from the pages of several different independent comic books and include Medusa, Little Red, Anne Bonny, Alice, Dawn, Dark Childe, Lady Death, and Tarot. They're a little hard to find in stores (I had luck at my local comic shop) but are all over eBay. 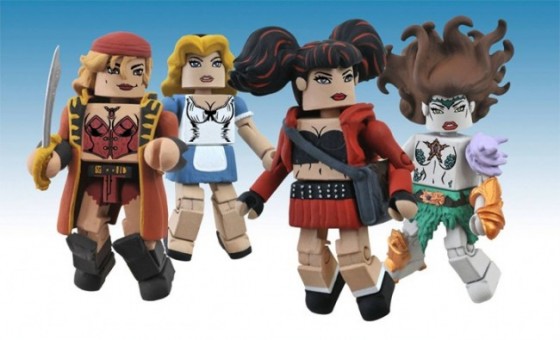 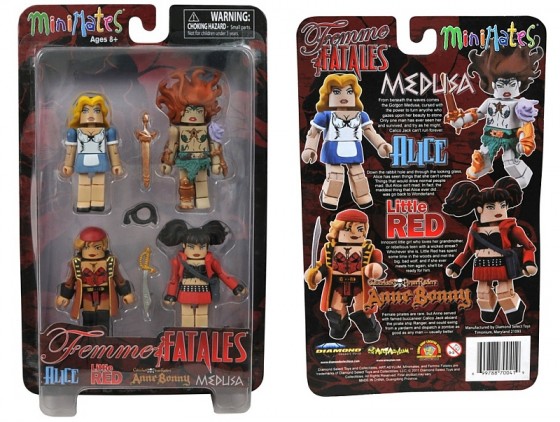 MiniMates sets were made of characters from all three movies of the trilogy, including a really cool time machine DeLorean! The toys are well known for including a bunch of cool accessories, and when you're talking everything from Marty's guitar to the video camera used in Part 1, well that's just fantastic. 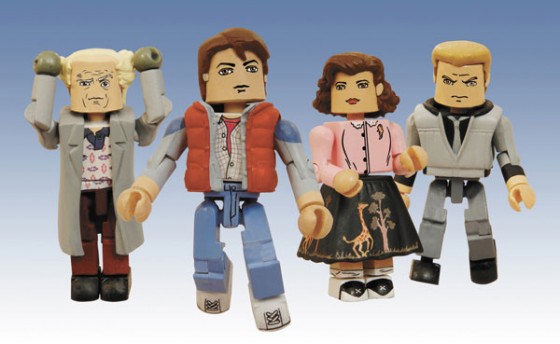 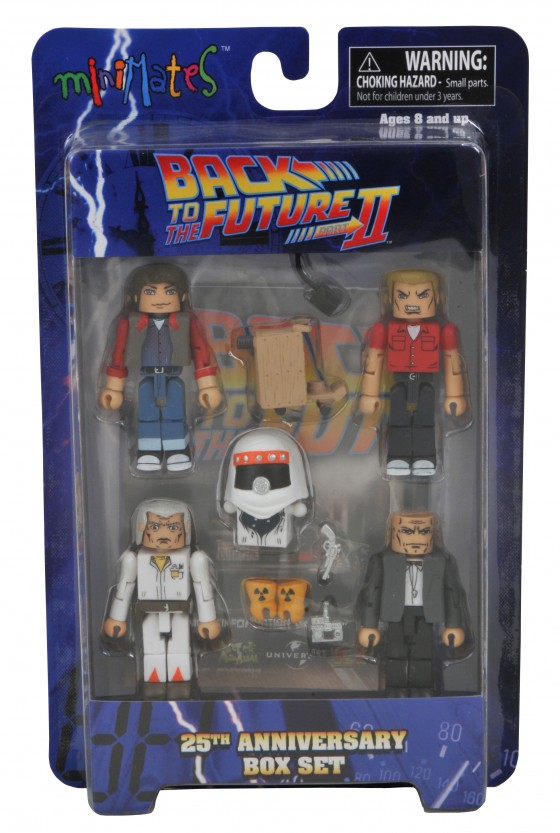 Not surprisingly, MiniMates has issued nearly every Marvel and DC character you can think of just to keep up with both demand and collectiblity. They offer everything from the Marvel Zombies to the original Justice League. And what better way to finally pit your Hulk against your Superman than with the power of Mini! 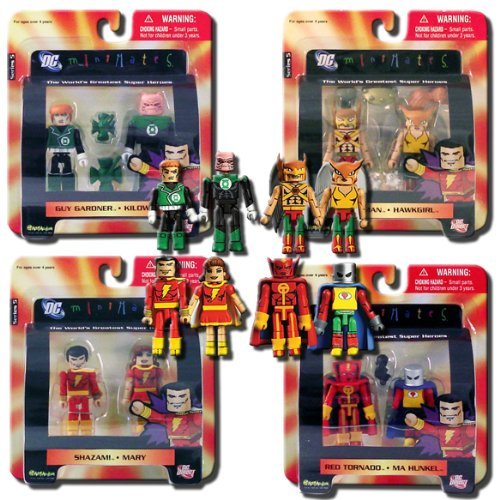 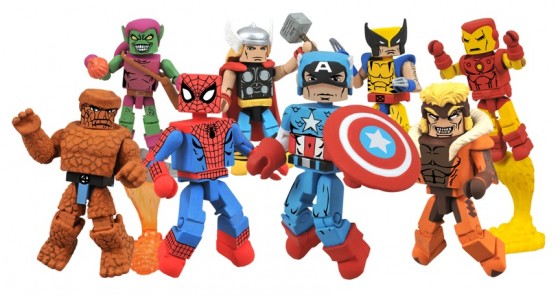 Though not a huge line just due to its limited source material, you could still get all the original heroes (including Snarf... because why not) and all the bad guys including a few of the more obscure characters. I love that you could change Lion-O's head from calm to FREAKING OUT! 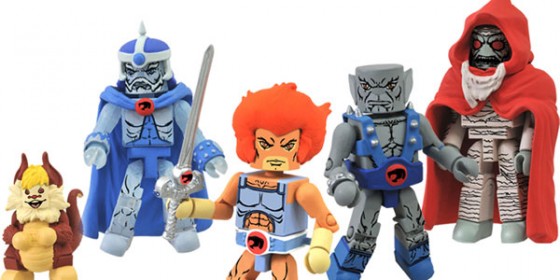 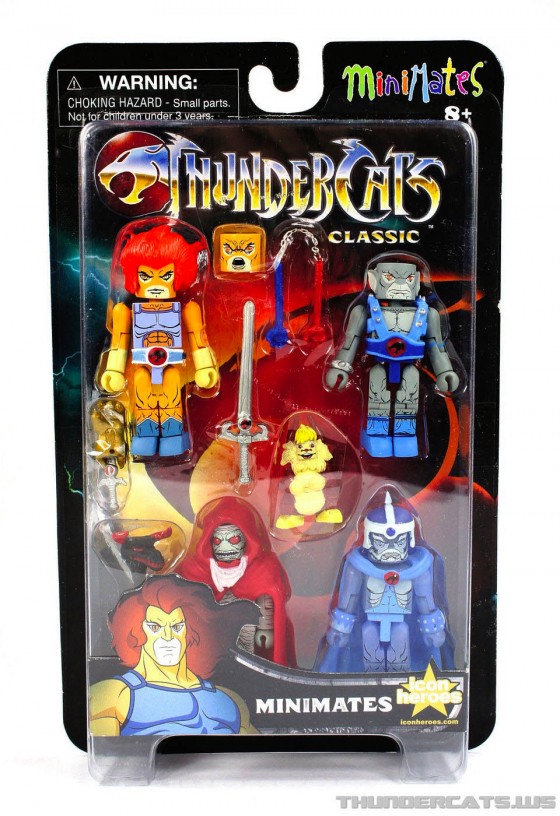 It seems MiniMates went a little crazy with the T2 line. And I mean that in a good way. There is no fewer than five different versions of Arnold's character alone, not to mention nearly every incarnation of the T-1000. Pretty cool set especially if you're a huge fan of the film. 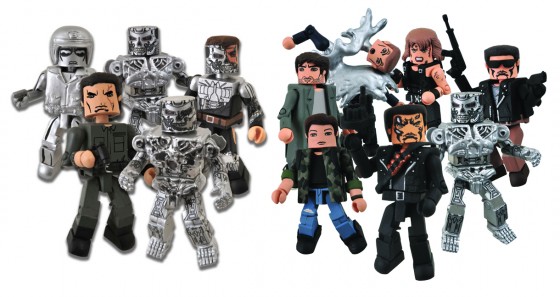 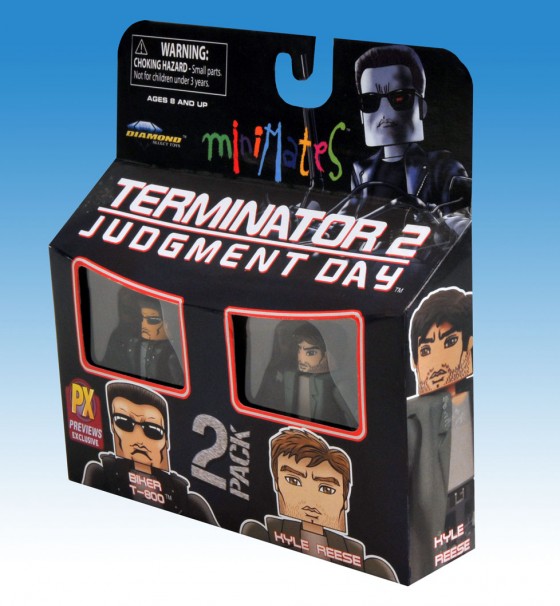 Ever since the series found a new audience on SyFy a few years ago, BSG has become a hugely popular franchise. But, for my money, the coolest part of this particular set is the release of the original characters from the 80's series. 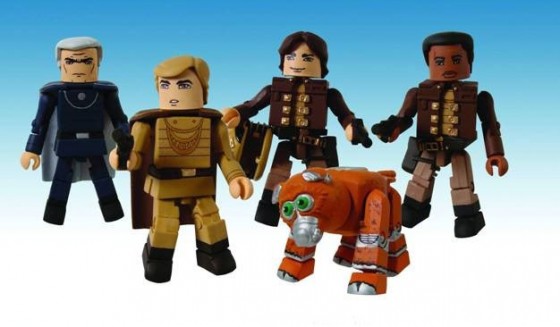 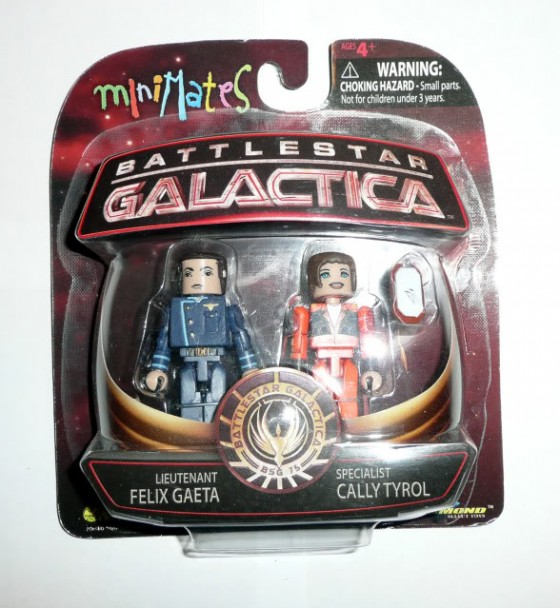 Who doesn't love Ghostbusters? When you've got hilarious characters, amazing spooks, and great creatures, how could you not want to pick up a few of these sets? However, some can be really hard to find (I only have a few myself) and some were exclusives through various venues and publications. But, as always, check out eBay and you might find what you're looking for. 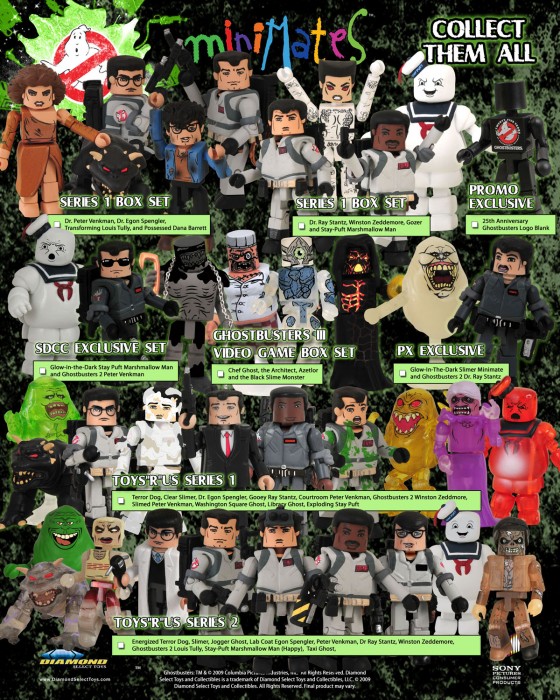 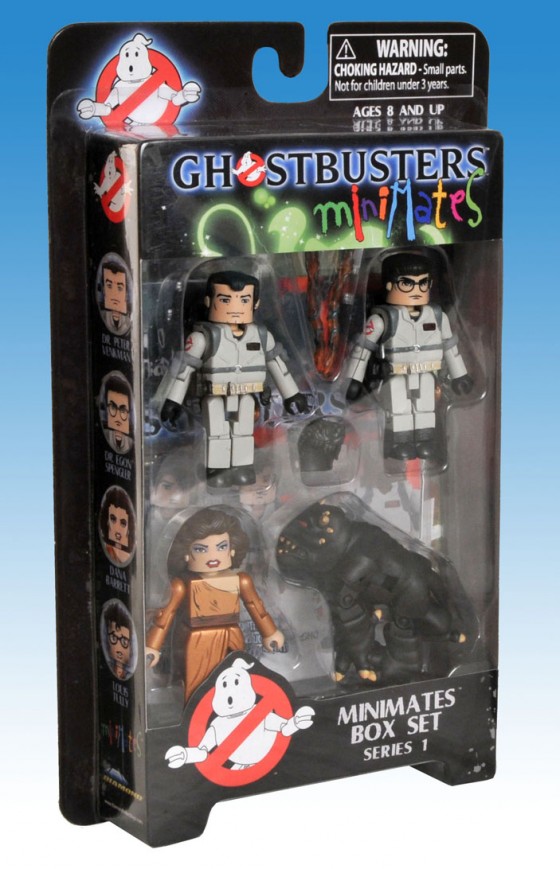 Star Trek is huge. The license has always been huge, and it's not surprising that MiniMates picked up on that. And for now, they've stuck solidly to the original series, and that's just fine since there are hundreds of variants and different aliens to work with. If you're a Kirk fan, this series is for you. 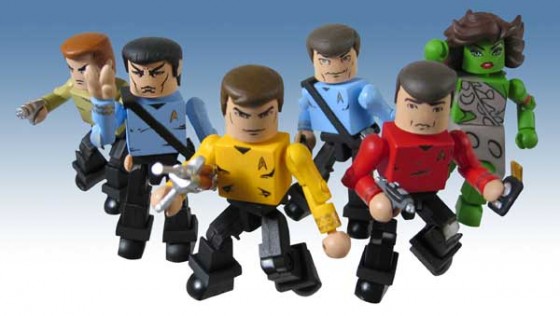 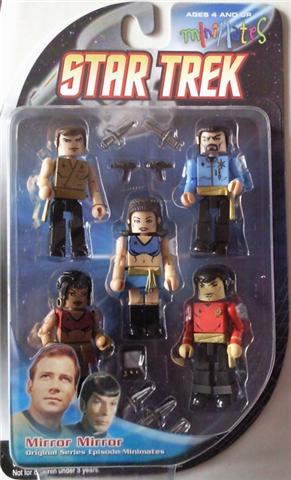 MiniMates newest series follows the exploits of one of the biggest TV shows of the past decade... and maybe of all time. If you're a watcher of the Walking Dead and its seemingly endless supply of zombies, you can not pass up this series. So far only a few have been made and include Rick, Glenn, Shane, Lori, Morgan, Amy, and Andrea, including literal hordes of the dead. Amazing set. 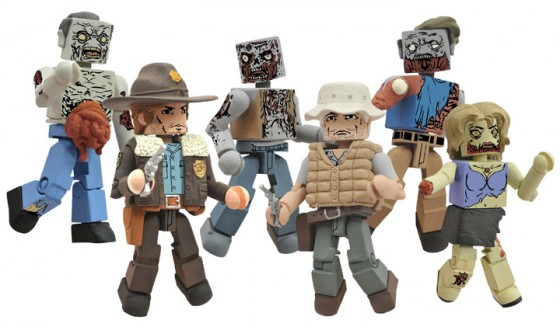 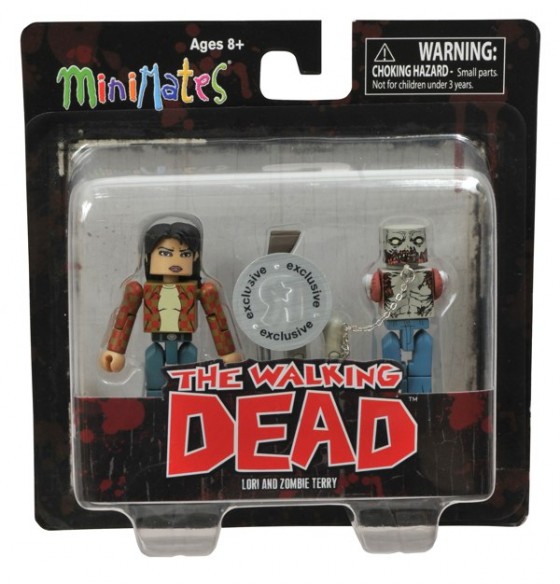 These sets are my favorite so far. The never-dying popularity of the Universal Movie Monsters only continue on that trend by becoming MiniMates. So far they've released Dracula, Frankenstein, The Bride, Wolf Man, The Mummy, Quasimodo, and The Gill-Man, including several different main characters from those films and even background people like townsfolk and farmers. I have quite a few of these, and some even come in black and white just like the movies. These are really impressive. 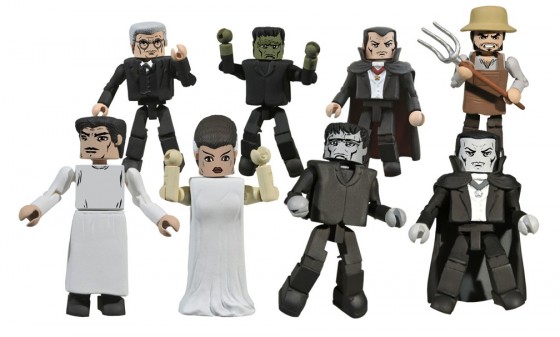 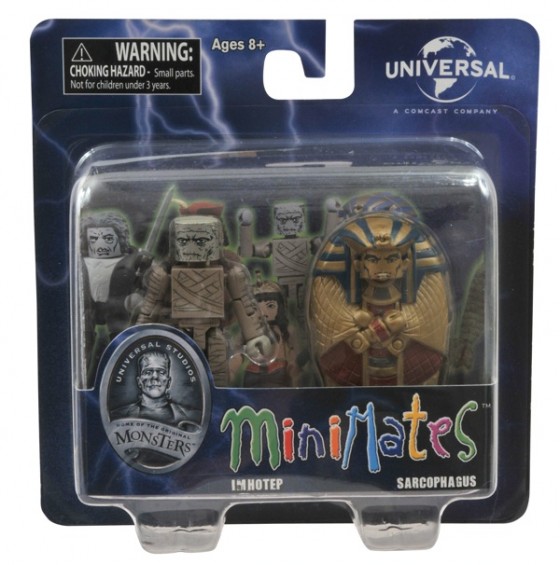