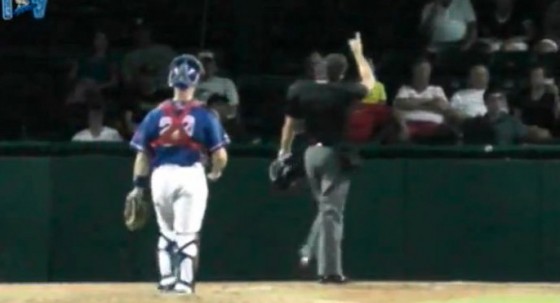 I wasn’t aware that a baseball umpire could eject pretty much anyone inside the stadium, including the dude who plays music and sound effects during the game. Well, apparently they can, because the home plate ump did that very thing in yesterday’s minor league showdown between the Daytona Cubs and Fort Myers Miracle.

Ahh, poor little umpire can’t handle hearing “Three Blind Mice.” What a dick. This asshole should work on finding a consistent strike zone instead of worrying about the hometown music guy’s playlist.