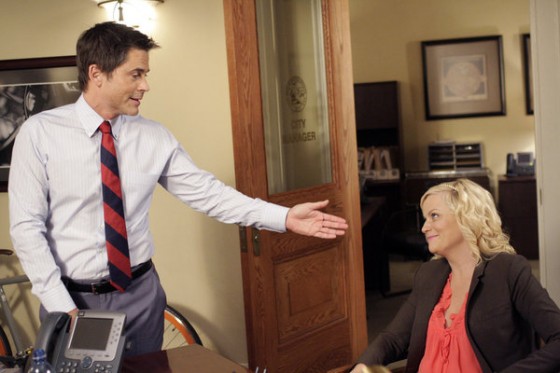 Up until about a month ago, I had no idea what all the internet hullabaloo was over NBC’s Parks and Recreation. Leslie Knope? Nope, didn’t know her. Ron Swanson? Never heard of him, sir. Andy and April? Beats me. Then, thanks to the wonders of Netflix Streaming (plugola!), I was able to watch the first three seasons over a long weekend. I proceeded to flog myself for missing out on all the awesomeness. I’m one of those annoying Community backers, so how the @#%$ did I not see this show? I blame porn because it’s as reasonable an explanation as any.

Nevertheless, I am now a proud Parks and Rec fan. And one of my favorite characters is Rob Lowe’s brimming with positivity city manager Chris Traeger, who has literally turned the word “literally” into a running joke. He uses this verbal crutch in literally every episode. If you don’t believe me, here’s proof, in the form of a supercut.