The Miraculous Enlightenment of Kenny Riordon 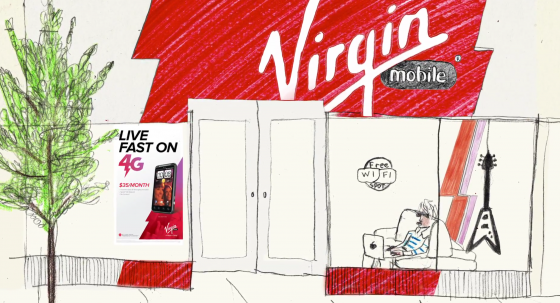 We see a ton of viral videos and advertisements desperately trying to be viral videos here at Gunaxin. It seems so many companies are trying to be the next Old Spice or Apple, instead of trying to be themselves in their advertising. That’s what makes this new video from Virgin Mobile so compelling, the style is uniquely Virgin. The video tells an amusing story, but also conveys their message. Kenny’s moment of enlightenment is about to change his world forever. Played by his girl, and the world at large, he trashes everything and everyone sucking him dry. Check it out :

I have to admit, paying $35 a month for unlimited data and messaging is fairly enlightening. We could all stand to cut back on some expenses in our lives, and remove the unnecessary that we’ve just grown accustomed to paying for. Using Hulu instead of Cable, scrapping the old land line service, watching movies on Netflix instead of buying DVDs, and ditching the contract on your mobile phone. It’s true that your contract subsidizes the hardware, but at that rate it seems like your payback is less than a year (not the 2 years you typically get locked in for). Plus it appears you’ll get to bang some baristas.