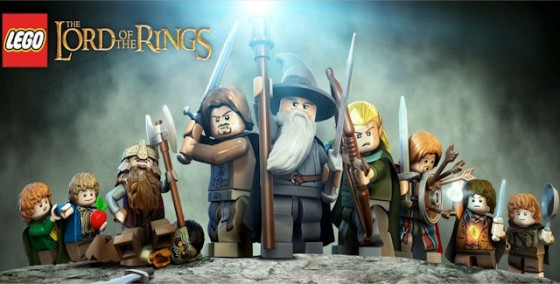 It took about a decade after the movies came out for LEGO to get the license to produce Lord of the Rings products. Before that, we were stuck with the inferior Minimates. Releasing six sets in 2012 based on the original LOTR trilogy, LEGO then released six sets for the new film, the Hobbit, and are expected to release more as the next two parts come out.

While the LEGO LOTR video game shows far more characters, not all of them are collectible mini-figures – at least not yet. Early leaks show four new LOTR sets to be released in the summer of 2013: The Wizard Battle (2 figures), The Council of Elrond (four figures), Battle at the Black Gate (5 figures), and Pirate Ship Ambush (9 figures). Anyway, here are figures that we would like to add to our collection when LEGO gets around to making them.

Army of the Dead

Double bonus if these characters glow in the dark, like the generic LEGO ghost figure. These are the images from the video game. It’s likely that the new Pirate Ship Ambush set will have a few of these. 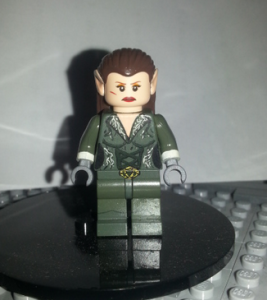 This is a custom figure someone posted on forums.hardwarezone.com. It’s possible she may be included in the new Council of Elrond set. 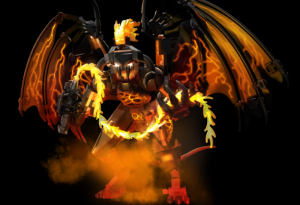 Here’s how the balrog looks in the video game. Several fans made their own, which you can find on Google Images, but realistically, if there is a LEGO Balrog, we’d expect it to be a bit like the Rancor from Star Wars, with wings, horns and fire. 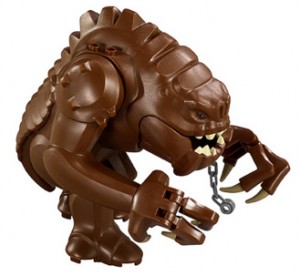 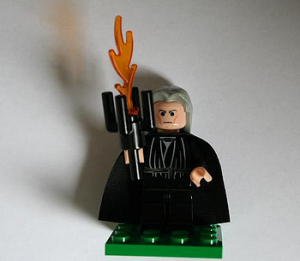 The Steward of Gondor as a LEGO. They should make him flammable. 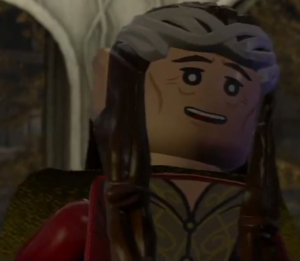 This one will likely be a part of the new Council of Elrond set (it would be stupid if he wasn’t included). However, there already is an Elrond LEGO – it’s a special mini-figure that sells only with a video game, in his Second Age warrior outfit. It’s going on eBay for more than $25 now. 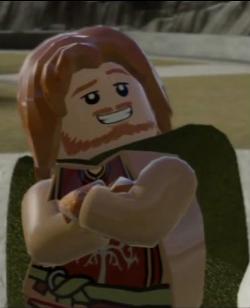 AKA the ‘other’ brother, at least according to Denethor. This should be a set: 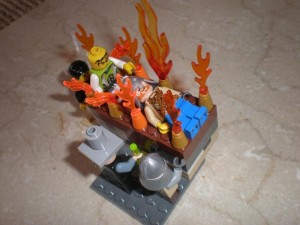 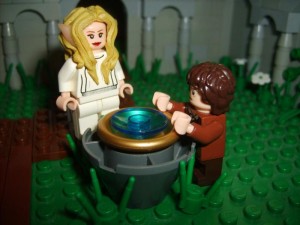 LEGO doesn’t make too many female characters in general, but should. Here’s a fan-made Galadriel. 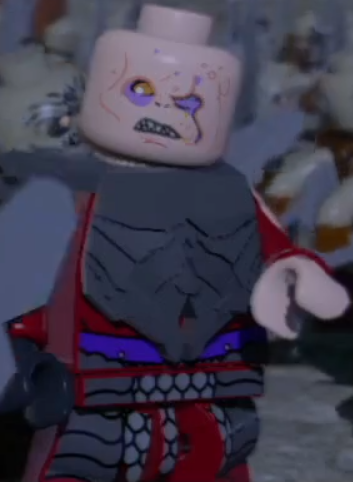 They’ve already made Warg figures (in the Hobbit sets), so now they just need to make the Orc commander for him to ride in on. 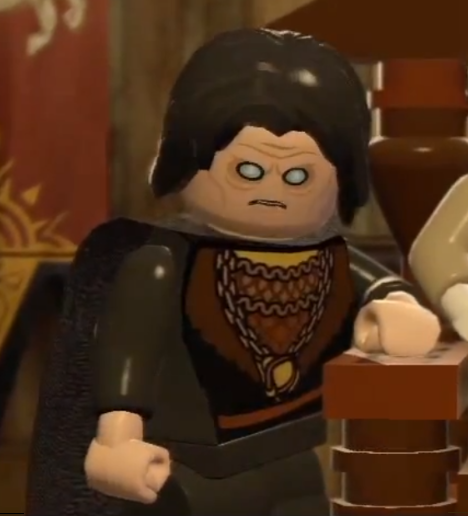 The betrayer of Rohan, certain to come with a daggar to stab Saruman in the back. 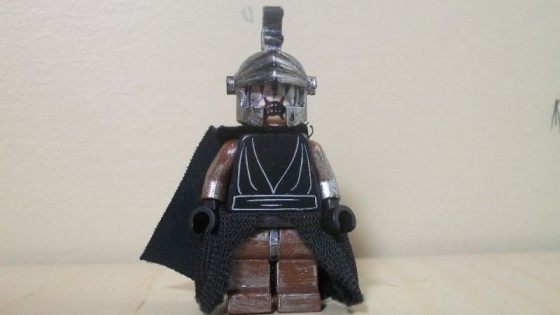 Even though this is a minor character, the Mouth of Sauron could be released with the new Battle at the Black Gate set. Here’s one that a fan made. 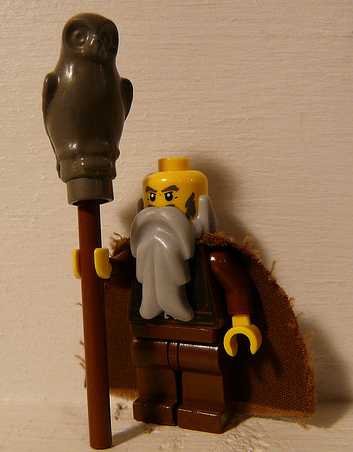 A character brought in for The Hobbit but not in the Lord of the Rings films, here’s a fan-made figure. Someone also made a design for his house. 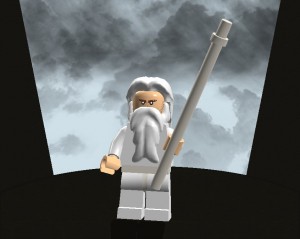 LEGO should have made and released this one for the Orc Forge set, but he will almost certainly be a part of the new Wizard Battle set, with Gandalf (the new Gandalf appears to have a hair piece instead of a hat). The above image is fan designed. Also check out this model of Isengard, which is taller than its creators. 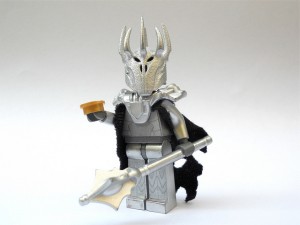 A number of fans made their own Saurons (including one who used a Batman mask), but this is the best I found. Since this is from the Second Age, he can fight the already-made Elrond while maintaining historically accuracy (relatively speaking). Also check out this Eye of Sauron model. 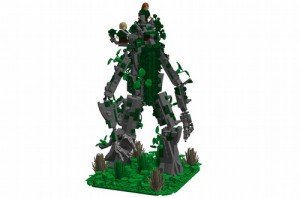 Here’s another one that has a lot of fan-made versions of it, but this is one of the nicer ones because it actually uses LEGO branches. Check out more on Google Images. 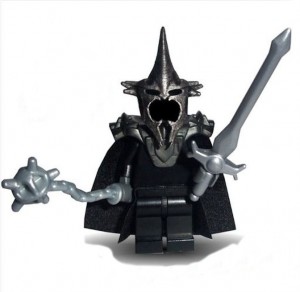 This is actually one of the more popular figures in the trilogy, at least in terms of collectibles. Would make an extremely popular LEGO figure. But of course, if they make this guy, they must make his steed. 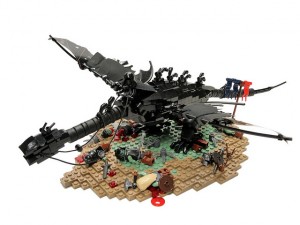 Here’s a rather lovely diorama.

Last but not least, we must include someone who can actually kill the Witch King. 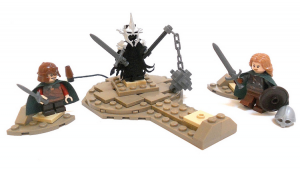 There she is, getting all stabby with this guy. Here’s how she appears in the video game: 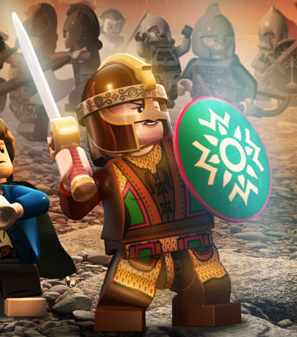 There are more minor characters that they also could make, and variations of characters (like Gandalf the White, which will likely be in the Battle at the Black Gate set, or Frodo and Sam in orc armor), but we’ll be happy with the ones above. At the same time, I’m a bit shocked that some minor characters did make the cut for the first wave, like Haldir.

Of course, fans have been making entire custom LEGO sets of Lord of the Rings scenes. Check out thebrickblogger.com for sets of Rivendell, a much-bigger Helm’s Deep, Minas Tirith, Last March of the Ents, Amon Hen, Council of Elrond, and Grey Havens.