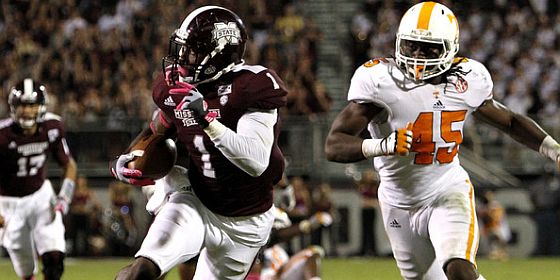 With National Signing Day only hours away, college football recruits around the country are getting last minute calls, offers and advice. One person they might want to listen to is Mississippi State’s Chad Bumphis. Bumphis was a four year starter for the Bulldogs, and leaves school as one of the best receivers in Mississippi State history. His advice for recruits is simple, though it may raise eyebrows both with NCAA enforcement and NFL teams that might consider taking him in this spring’s draft.

With NSD near, recruits listen. DON'T go with the money! After its gone ur stuck at a place you probably don't even like for 3-5 years!

Follow up tweets seem to imply that he is talking about Ole Miss, though he later denied any specific implications. Like most college students, however, Bumphis quickly learned a truth about social media.