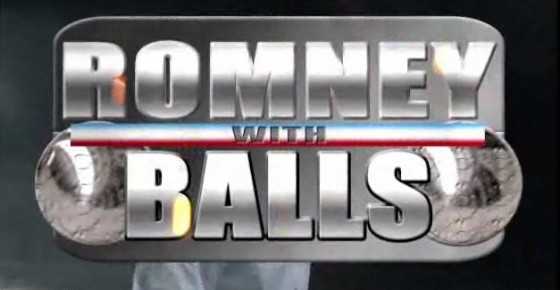 One of my biggest complaints about Presidential politics is the lack of genuine honesty. Let’s face it, we may bitch that we want to hear the truth, but once a candidate dares let his true self show, it’s bye, bye White House. Which is why milquetoast wealthy white dudes like Mitt Romney flip-flop so frequently. I’m sure he’d love to come right out and tell us poor folks to go straight to Hell, but doing so would cripple his chances in November. Alas, we can still dream, or at the very least guffaw at Funny Or Die’s efforts to pull back the curtain on the real Mitt Romney, i.e. the one with BALLS. (who happens to be NSFW)