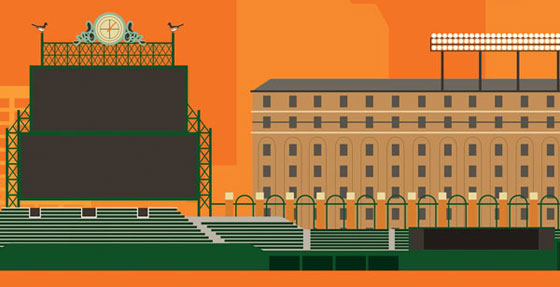 Illustrator Marcus Reed created a series of minimalist representations of major league ballparks last fall, and is offering them for sale through Rareink. The original works of art each depict a current MLB stadium, and represent the most iconic features of each park. Some are more minimalist than others, but we have a feeling you’re going to find you home team park the best, like we did above. Go O’s! The limited edition prints can be purchased from RareInk in various sizes and frames, starting at $99. See them all below, arranged alphabetically by city.