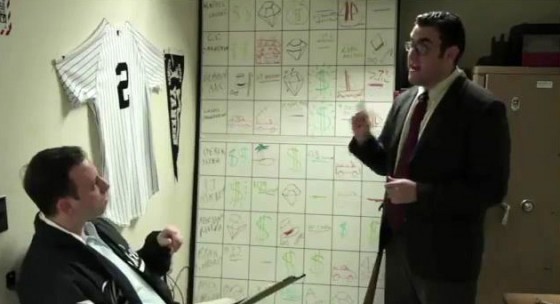 Lampooning the New York Yankees for their exorbitant spending is kinda passé, but when done correctly can still be entertaining. I quite enjoyed this parody of Moneyball, because it adroitly exposes why the Oakland A’s model is a failure, while at the same time mocking the Yankees for wasting loads of cash. It’s a win-win for people like me who loathe the Bronx Bombers and feel Moneyball is incredibly overrated.

[Via The Daily What]