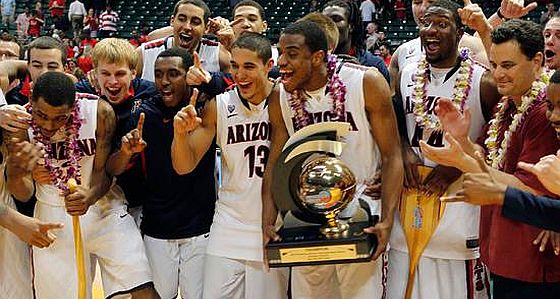 Things looked bleak for the Arizona Wildcats last night, up one point in the the title game of the Hawaiian Airlines Diamond Head Classic. San Diego State had the ball with 13 seconds to go, with an 11 game winning streak on the line. Arizona’s Nick Johnson ended both the Wildcats’ worries and San Diego State’s run with a monster block off the glass to seal the win. The victory left #3 Arizona undefeated and in control of their own destiny heading into the heart of conference play.