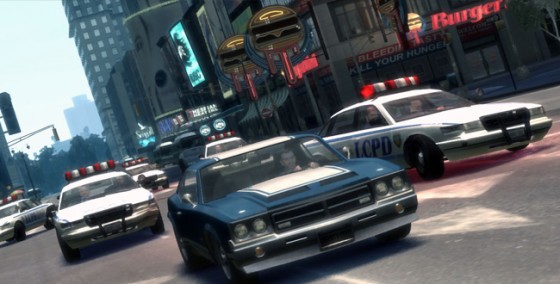 Maybe it’s all the fresh air that makes folks who live in open country lose their marbles. In a scene straight out of Grand Theft Auto, a Montana man was charged with evading police after leading a high-speed interstate chase at speeds in excess of 100 mph. That’s a ‘who cares’ story, but his reason for doing so isn’t.

“I just always wanted to do that,” [John C. Hughes] said, according to the Butte police report.

The incident started about 3:25 a.m. when the driver of a 2007 Nissan Xterra started tailgating a police patrol for about seven blocks while driving east on Front Street. The driver then pulled into the center lane and drove away at a high rate of speed south on Harrison Avenue.

Police say the driver was traveling at more than 70 mph and refused to pull over. Eventually the driver pulled over in the 2500 block of Harrison, but then took off again as the officer arrived, and headed onto the interstate.

Pulled over, then took off again. John C. Hughes is my hero. Who among us hasn’t wanted to do this? Now, most of us aren’t certifiable, so our brains prevent us from acting on impulse, but this dude was like, “Fu*k it, I’m taking these pigs for a ride, yo.”

Best part, he wasn’t drunk or high. He just did it for the goof. That’s fantastic. If I was Rockstar Games, I’d hire this guy immediately to be a spokesman for Grand Theft Auto: Butte. They could target a whole new demographic: middle-aged bumpkins.