The Five Most Embarrassing Moments in Hulk Hogan’s Career 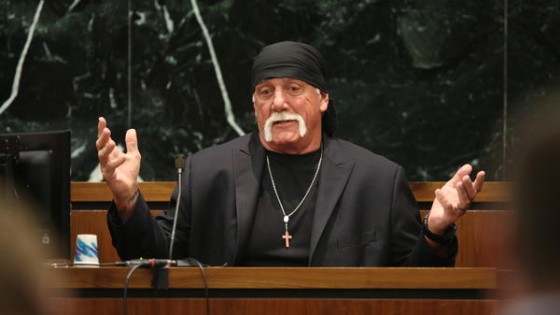 Terry Bollea, better known as Hulk Hogan, is currently involved in a court battle with Gawker Media over his sex tape. In what would probably rank highly for most folks in terms of an embarrassing moment, Hogan testified about his penis size under oath on the stand. But if you’re Hulk Hogan, this is just one moment in a list of many, so it didn’t phase him one bit.

Hogan elected to get all of his major embarrassments out of the way early on in his career when his fanbase assumed he was Jesus Christ. This may seem like an illogical career move to the rest of us, but just think of it as a buffer zone of terrible that prevents us from ever truly putting his worst moments in perspective. Consider this: his son almost killed a man and Hogan blamed it on God, and he still got work. It finally took his racist rants in 2015 for people to stop hiring this man. What sort of missteps make a publicly released sex tape seem almost charming? Things like…

Wrestling novelty albums weren’t exactly a new concept in 1995. Before then the WWF had released three separate albums (The Wrestling Album, Piledriver: The Wrestling Album 2 and Wrestlemania: The Album), one of which was a top ten hit in the UK. While science may never be able to explain that last bit, it can tell us why Hulk Hogan, a man who talks like the language is a constant victim of aggravated assault, thought he could reasonably walk into a recording studio and make music because he simply didn’t give a shit. 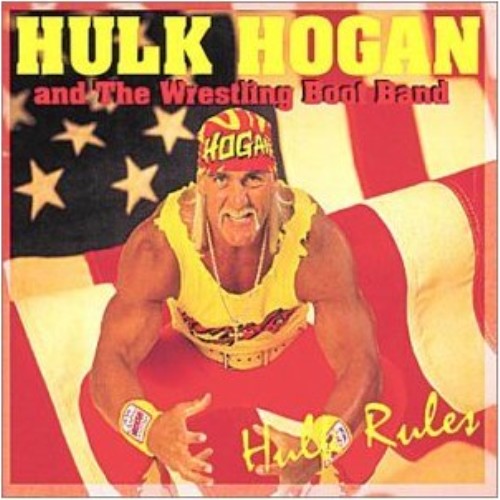 Hulk Rules was thought up by the Hulkster himself (in case the egotism of the title hadn’t tipped you off already) and “The Mouth of the South” Jimmy Hart, his manager. Hogan actually played bass before injecting steroids turned his ass into a pin cushion, and Hart had a top ten hit in the late '60s with his band The Gentrys. In reality, each man’s greatest contribution to the world of music is not being the person who shot John Lennon. Still, money talks, and in the '90s Hulk Hogan may very well have been a series of self-aware dollar signs wearing a very convincing people costume.

Everything that Hulk Rules can teach you is in the track "Beach Patrol." Specifically, Hogan has no understanding of youth culture and Jimmy Hart’s voice can be used to summon krakens.

You may be surprised to learn that Hulk Rules was a top ten children’s album upon release, but keep in mind that children are generally very poor when it comes to telling that they’re being directly exploited by marketing. They would ask their parents to buy Mein Kampf if Hogan were squatting on the cover. But here’s a fun way to tell if the album stood the test of time: search Google for the lyrics to “Hulkster’s in the House.” At least fifty-percent of lyric databases will tell you that the song contains several references to male-on-male fellatio. This would imply that some angry teenager has realized the error of his childhood ways and is now seeking revenge, or that the Internet has developed a consciousness that really, really hates Hulk Hogan.

Hulk Hogan’s Pastamania did for Italian cuisine what Jack Kevorkian did for long-term health care. The single restaurant (located in the Minnesota Mall of America) was entirely Hogan’s idea, and no one had enough of a heart to slap him in the face and tell him to stop. At no point does professional wrestling experience become business experience. You can’t leg drop a payroll any more than you can balance your debits and credits with a folding chair to the skull. Hogan financed the whole project out of his own pocket, which sounds like a lot of money until you realize he was making $10 million dollars a year for tearing his shirt off. Oh, and it closed in a year, so that probably helped to cut back on expenses. 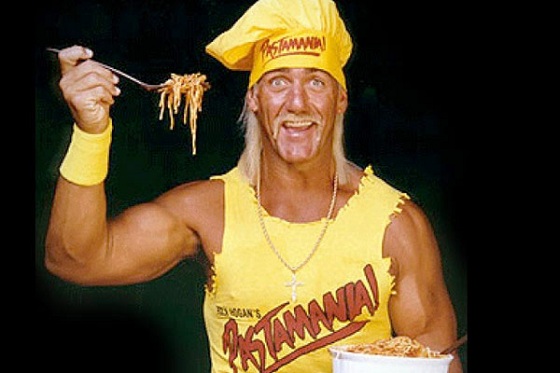 So what could a foolish child/confused parent expect at Hogan’s eatery? Hulk-U’s and Hulkaroos, two things that sound decidedly not like food, enough so to hopefully warrant a health inspection. Despite being plugged on the debut episode of WCW Nitro and shilled endlessly, Hulkamania stopped running wild once people realized they could boil their own shitty pasta at home and save both their money and dignity.

Hogan’s first foray into television outside of wrestling was the short-lived cartoon Hulk Hogan’s Rock ‘n’ Wrestling, wherein he graced his audience with his visage for all of a minute during the intro:

And that was it. His character design kind of looked like him if you had glaucoma and he was voiced by Brad Garret. In fact, none of the characters were voiced by their real-world counterparts. Meanwhile, Sgt. Slaughter spent more time hanging out with the G. I. Joes then he did in the ring, and they were just a bunch of action figures. But it managed to last two seasons, twice as long as Hogan’s attempt at live-action drama, Thunder in Paradise, which dared to ask this ever-important question: what happens when you put Hulk Hogan, Baywatch and Knight Rider into some sort of horrific blender of broken dreams?

Hogan played the role of Randolph J. “Hurricane” Spencer, a mercenary who spent his days raising his daughter and kicking ass with his super-computer crime-fighting boat Thunder as well as his mustache. It’s almost a good idea on paper --Hogan’s fans liked watching him serve up justice, and Baywatch fans were familiar with boats. But that’s where the overlap ends.

If you’d rather watch Hogan take names and not pleasure yourself to his lifeguard physique, you are still out of luck. Even in the ring the man fake fights like he’s on life support. What did you think would happen with even more choreography?

In the early '90s, Hogan was offered the chance to endorse a grill. He passed and the opportunity was picked up by George Foreman. Hogan’s endorsement went to the Thunder Juicer instead, which we're assuming landed three TV movies and a Philips CD-I game before being discontinued. Hogan claims that this failure is why he’s reluctant to endorse anything else, and you could actually believe that if you ignore all the shit his face has been plastered on in the past few years.

About a decade later, Hulk Hogan’s Ultimate Grill was released (we’re guessing it took that long for George Foreman to forget how to punch faces), and if there’s ever a blooper reel for the man’s life, this infomercial will be the lead in:

The fall from grace comes for us all, but when you’re a professional giant killer your fall is longer than others. With all the enthusiasm of a death row inmate, Hogan tries to convince his audience that he doesn’t understand the dark sorcery of grilled cheese sandwiches and that his waffle is worth $360. To put it differently, here’s a man whose net worth was once $30 million dollars looking completely dumbfounded by onions and peppers that aren’t producing grease. You can tell the man’s check cleared before the taping because he can’t be bothered to pretend that his magnificent grill is worth his own time. Now we know there are two things Hogan can’t sell: a decent punch and a grill.

Hogan’s been featured in a lot of films, and exactly one of them doesn’t suck. Rocky III gave Hollywood a solid basis for working with Hogan: don’t put him in a lead role. Oddly enough, this rule is regularly ignored, and as a result he’s responsible for the worst Christmas present since the Japanese occupation of Hong Kong. 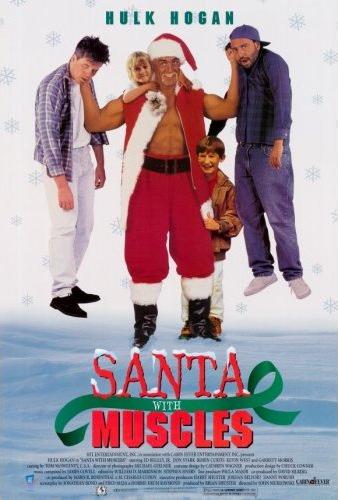 Trying to determine Hogan’s worst movie is a punishment used only in Chinese prisons. For the sake of simplicity we’re only going to focus on one: No Holds Barred, one of the first films financed by the WWF/E. No Holds Barred sees Hogan playing the role of Hulk Hogan, only his name is Rip because he rips shirts, just like Hulk Hogan. In the Ripaverse, Rip is seemingly the only wrestler not in league with evil, but his moral code is somewhat flimsy because he uses his wrestling skills to flat-out assault people instead of letting the law do its thing.

Questionable ethics aside, the movie proves that there’s no way to make a movie starring Hulk Hogan and have it be not ridiculous. Even here where he’s playing a wrestler – his day job, mind you – something in his brain tells him that good acting means harnessing the power of your spirit animal, which in Hogan’s case is a constipated bear:

There’s no better summary for his filmography than that.