Most Memorable Pregnancies in Film 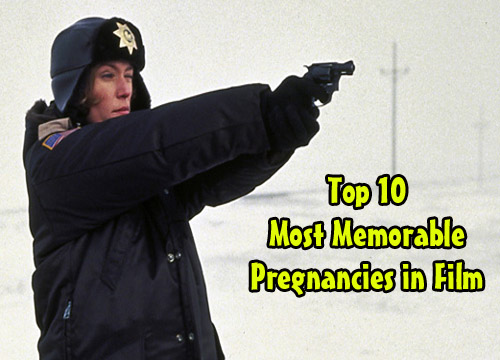 The world’s population stands at 6,859,995,992. Why so many people on the planet? Why so populated? The answer is simple — there’s been a lot of fornication going on. Lots of it. Couples fornicate, women get pregnant, babies get born, the population skyrockets. And guess what? Art imitates life. Babies get born in movies too. For your consideration, here are the Top 10 such babies and their gestation period. 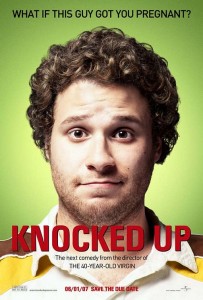 Starring Seth Rogen and Katherine Heigl, this film directed by Judd Apatow asks “What if this guy got you pregnant?” Well, ladies? What’s the verdict? Suppose this guy actually did get you pregnant? How would you feel about that? Seriously. I want to know because it could happen. Dopey guys get girls pregnant  all the time; ask your own mom if you don’t believe me. You could end up a statistic, if you’re not already. You could be among those sexy, successful ladies who get puking-drunk and give it up for the first fat and slavish guy who pays them attention, telling them their eyes are pretty, or whatever. Maybe somebody like that guy in the picture. Take a good hard look at him. If that doesn’t scare you straight about birth control, what’s it going to take?  The next thing you know, there you are — knocked up with Fatso Jr. snacking on your placenta like it’s a Hostess Twinkie or a Little Debbie Star Crunch. Is that what you want? Huh? Is it? 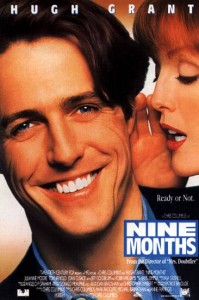 Starring Hugh Grant and Julianne Moore, this film directed by Chris Columbus shows us what happens when your life is perfect in every way, but then everything gets totally screwed up because your girlfriend’s birth control was only ninety seven percent effective, leaving it (do the math) three percent ineffective. In the case of this movie, it’s the three percent that matters. So what are you going to do? Go through the stages of new fatherhood. First, freak out. Second, come to an understanding. Third, accept it. And lastly get all excited about it and want to be a part of the baby’s life. There you have it — Nine Months, starring Hugh Grant and Julianne Moore, with the great Robin Williams as a doctor. Pregnancy never seemed more… charming. 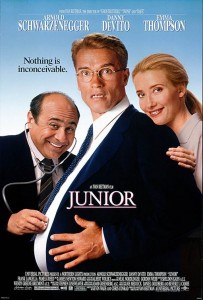 Starring Arnold Schwarzenegger and Danny De Vito, this film by Ivan Reitman proves that no one is immune to the ravages of pregnancy. No one! No woman, no man, nobody! Even former Mister Olympians and Barbarians can be implanted with the miraculous seed of life. Oh yeah, Terminators too. You can’t talk about Arnold without mentioning The Terminator. It just seems un-American somehow. So that is what we have with this movie, Arnold Schwarzenegger with a bun in the oven in the name of science. Think Red Heat meets Juno and you get the idea of what Junior is all about. 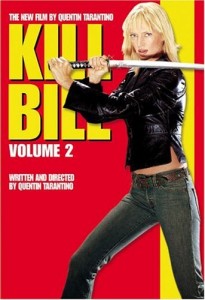 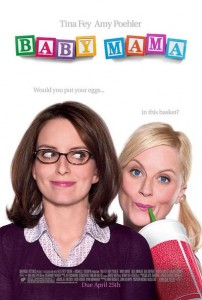 Staring Tina Fey and Amy Poehler, this movie directed by Michael McCullers asks what if you are a successful business woman getting up there in age with maternal instincts screaming in your ear and punching holes in your womb, but whoa is you! No seed will take root in the barren wasteland of your uterus? What are you going to do? WHAT are you going to do? Adoption? No. Adoption is stupid. Surrogacy? Yep! And who better to carry this oh-so precious child of yours? The answer is easy — a white trash gal from South Philadelphia. Featuring Steve Martin at his scene-steeling best in a small role, Baby Mama reconfirms that Tina Fey and Amy Poehler are national treasures of smart, hilarious comedy and should be thusly sainted, so get on that, Pope. 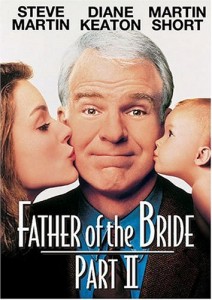 Starring Steve Martin and Diane Keaton, this film directed by Charles Shyer shows us what happens next in the life and mind of George Banks. Where as in the first installment of this epic two part film series, we share with George his fears and phobias of letting go and accepting his little girl is all grown up and happily living her own life. We now share with George the equally discomforting fact that his little girl has not only grown up, but is ready and capable of bringing life of her own into the world. Oh yeah, and not only is George about to become a grandfather, but a father again as well, because his wife is pregnant too. So if you’re looking for a great movie about pregnancy, this film is the perfect two for one deal!

4
She’s Having a Baby 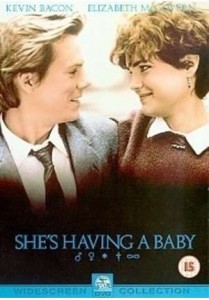 John Hughes grows up in this film starring Kevin Bacon and Elizabeth McGovern. Prior to this 1988 film, John Hughes defined the teen genre with the likes of Sixteen Candles, The Breakfast Club, and Ferris Bueller’s Day Off. But now something most interesting has happened. Those teens that John Hughes so entertainingly presented to us have reached adulthood. They are getting married and having babies. It was bound to happen sooner or later. 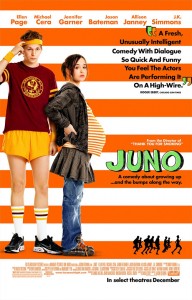 Starring Ellen Page and Michael Cera, this film directed by Jason Reitman examines the unexpected high school pregnancy of the young miss Juno MacGuff. It does so, though, not in a preachy judgemental way, or an “Oh my god my life is over” sort of way, but rather in a positive, real, from the heart kind of way. With a superb supporting cast including Jason Batman and J.K. Simmons, and a great soundtrack, it’s not difficult to understand why this film won writer Diablo Cody the 2007 Academy Award for Best Screenplay, and the film itself a nomination for Best Picture of the year. 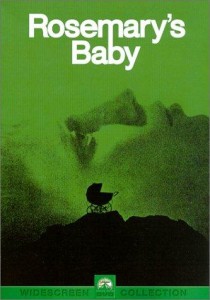 Rosemary — the original Baby Mama. That’s right. Rosemary is the mama, but who’s the daddy? Who’s the daddy, you ask? I’ll tell you who the daddy is **spoiler alert** the daddy is… SATAN! Yep, that’s exactly what this film starring Mia Farrow and John Cassavetes is all about. Told to perfection from a psychological, slow descent into Hell for poor old pregnant Rosemary perspective rather than an in your face “you’re carrying the Devil’s seed and you’re going to Hell! Ha hah ha!” angle,  it only makes sense that this film by Roman Polanski earned Ruth Gordon a Best Supporting Actress Oscar win in 1969. This movie is a classic of tension, paranoia, and just plain creepiness. Pray for Rosemary’s Baby, as the tag line of the movie reads, but in today’s Hollywood climate, pray they don’t feel the need to tamper with this example of horror perfection with a pointless PG-13 remake. Pray to whatever god your most comfortable with. Just pray. 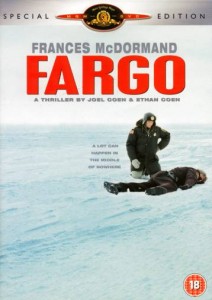 This modern classic from the Coen Brothers starring Frances McDormand and William H. Macy proves once and for all that you can get good and pregnant, yet still maintain an active lifestyle. High impact aerobics and Hatha Yoga might not be good ideas for the expectant mother, but what about a high intensity murder investigation? Go for it! Yet another Academy Award magnet for Hollywood’s pregnancy sub-sub-sub genre, Fargo scored a Best Actress in a Leading Role victory for Frances McDormand, and a Best Screenplay win for the Coens in 1996.