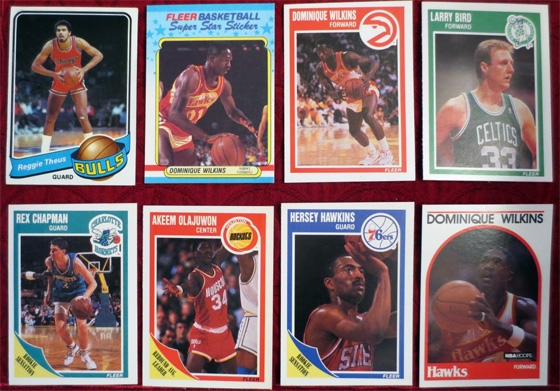 Previously we’ve listed the Top 25 Most Valuable Baseball Cards, and then the Top 25 Most Valuable Football Cards, and today we turn our attention to Basketball. Everyone knows about the infamous Michael Jordan rookie card, when graded, they have become the holy grail of basketball card collections. Most of the trades largest collector’s either have one or are searching for one for their collection. No card collection is complete until they have the Michael Jordan RC.

If you don’t have it, you can still have a chance at building an impressive collection now that Stephen Curry has exploded into one of the NBA’s biggest stars. He is literally shooting his way into NBA history and his cards continue to increase in value along the way. Here are twenty-five of the highest priced basketball cards ever sold. 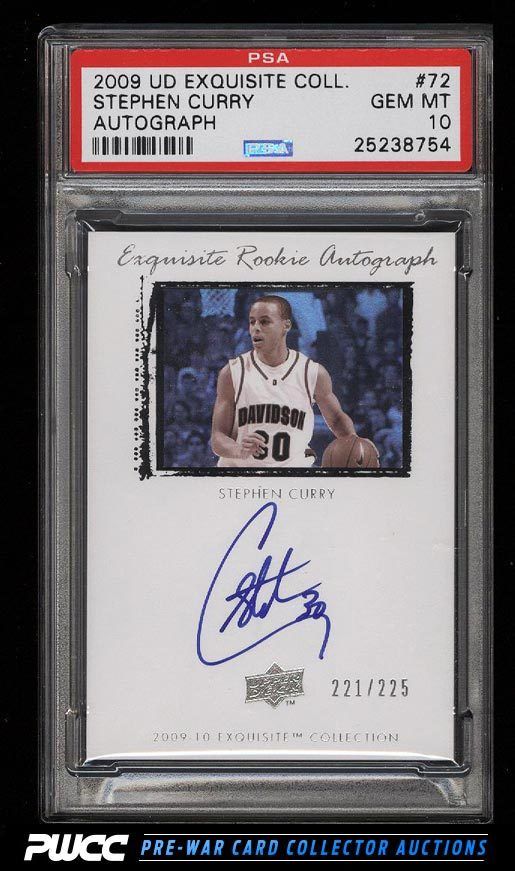 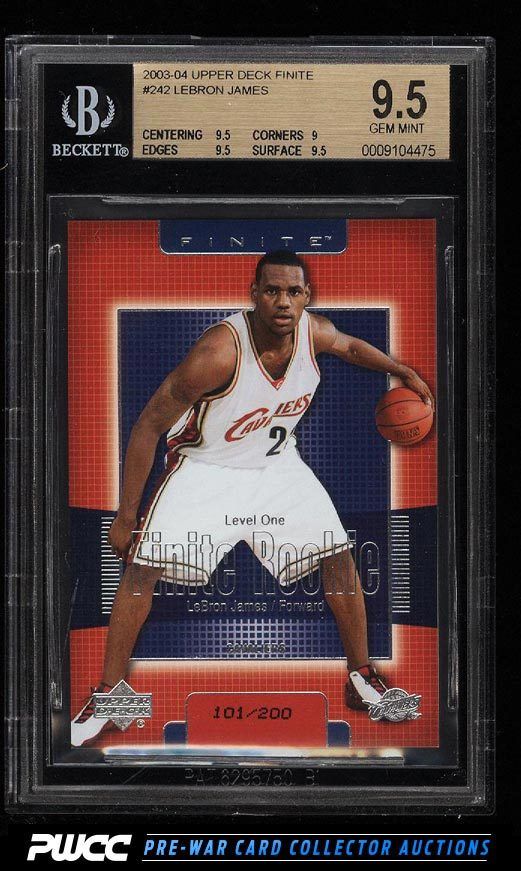 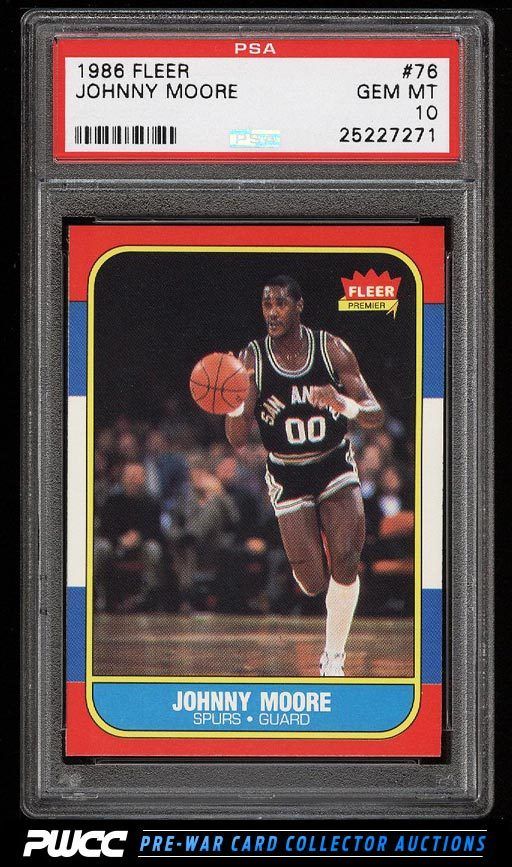 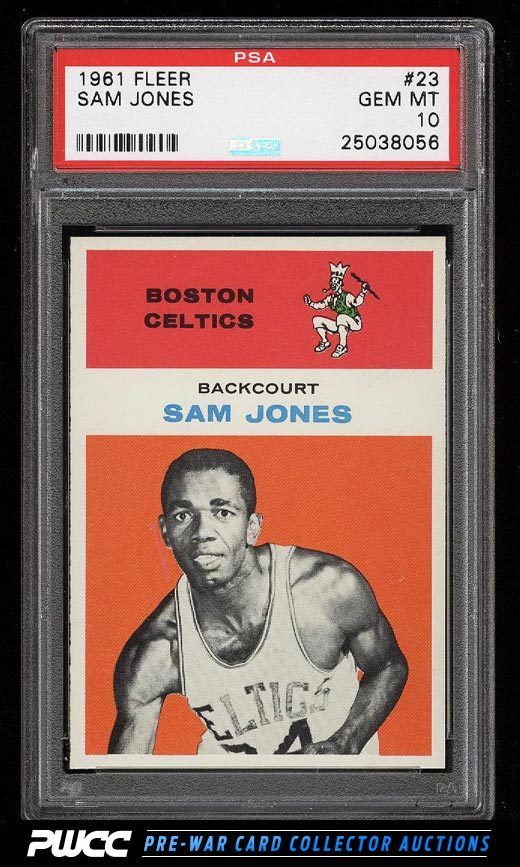 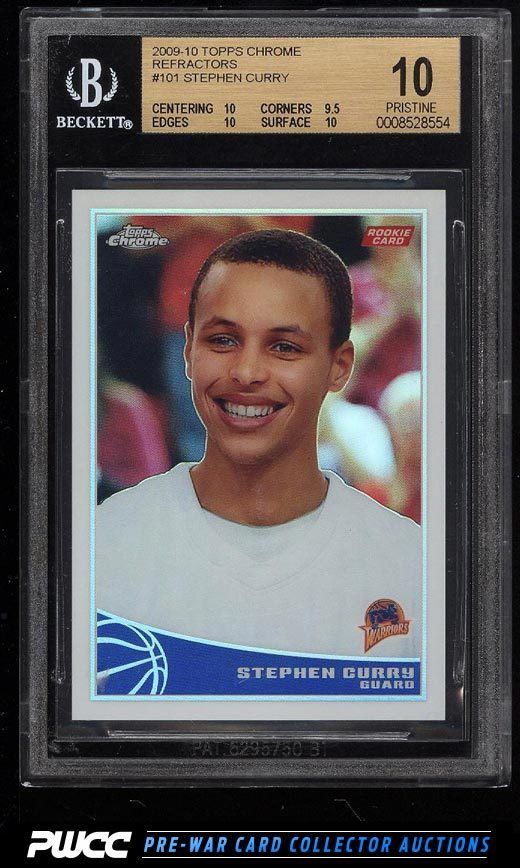 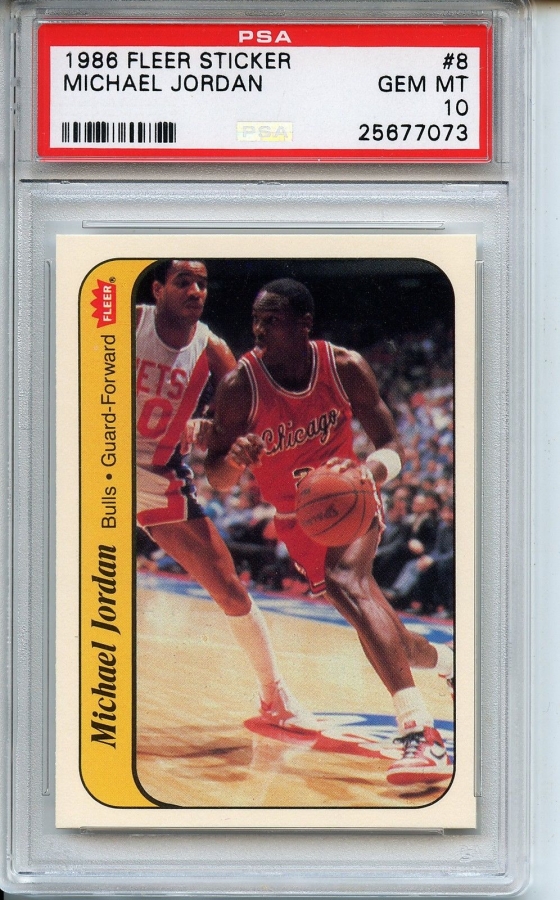 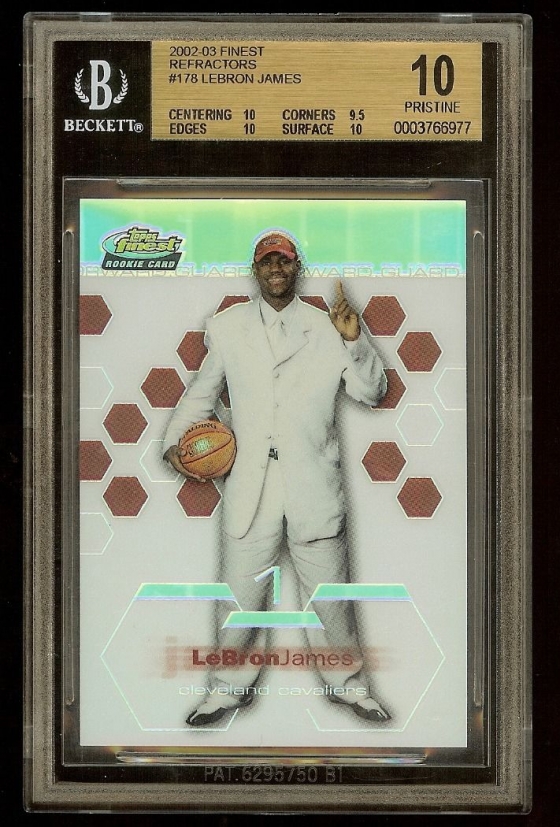 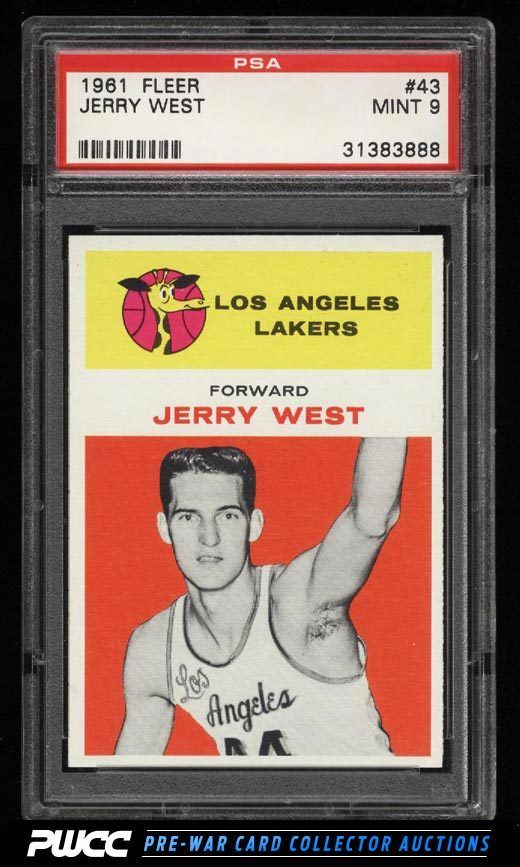 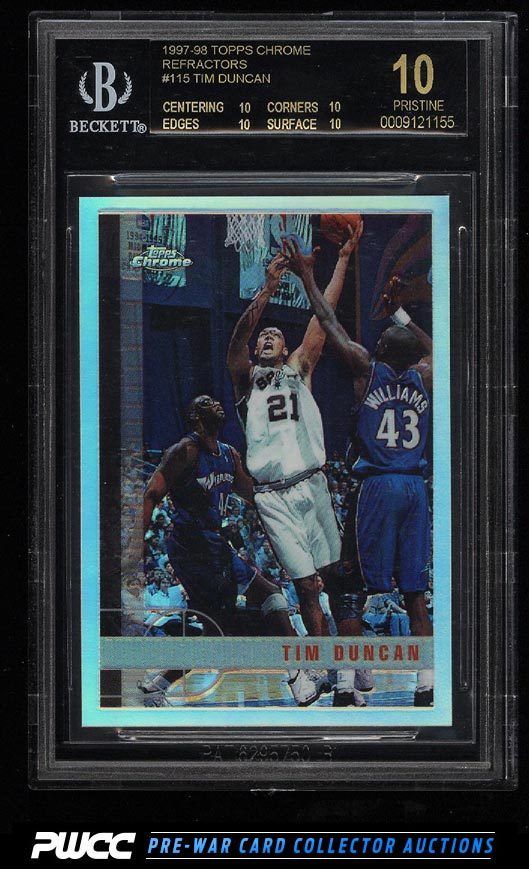 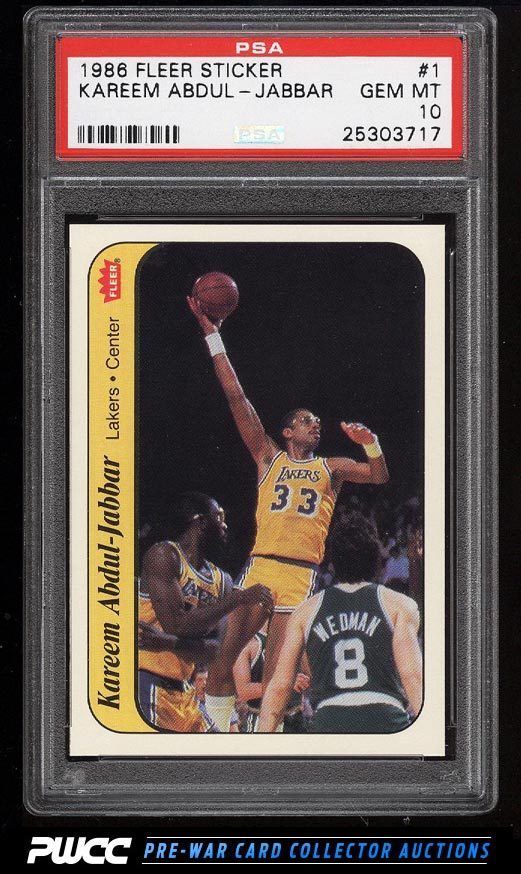 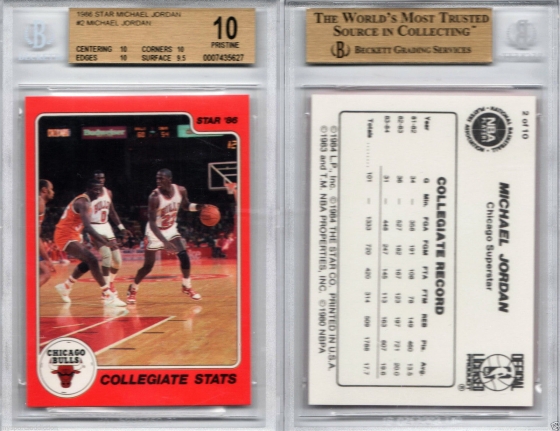 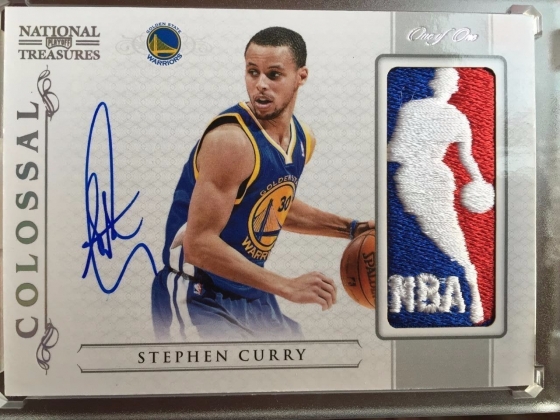 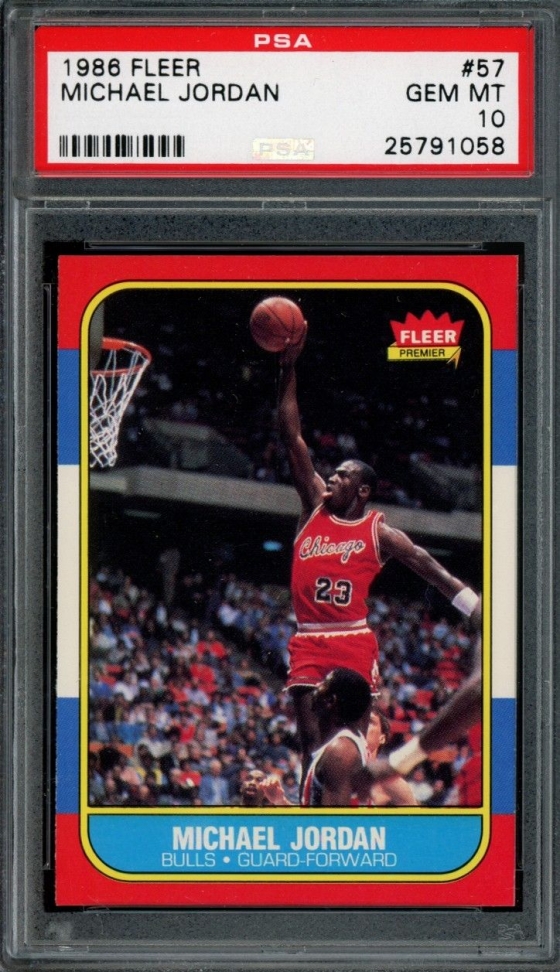 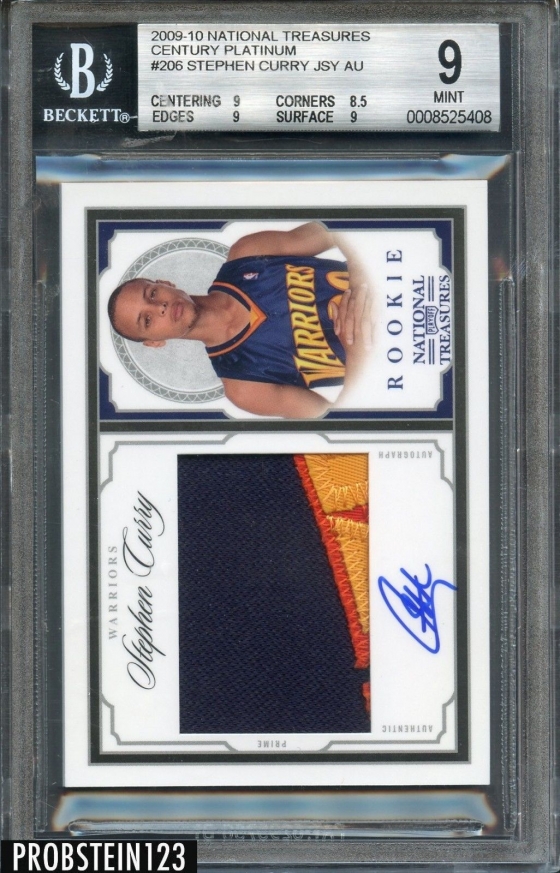 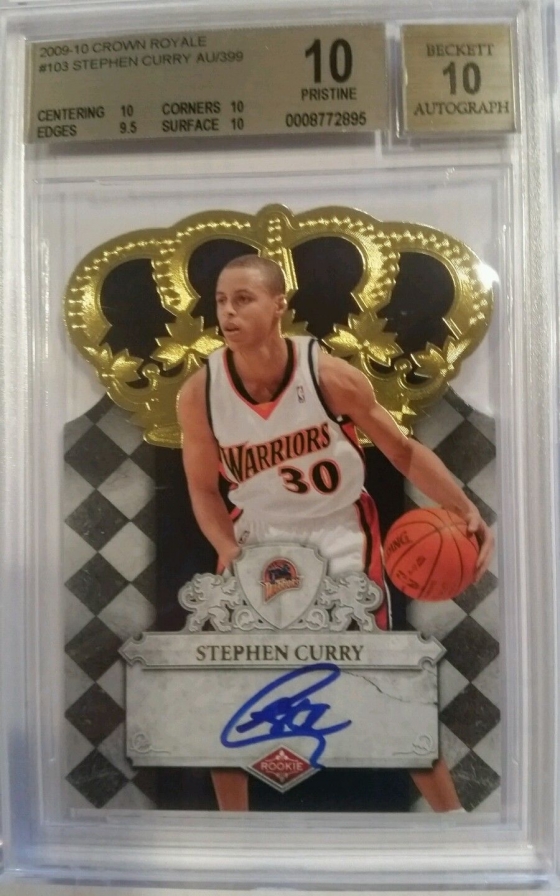 After last season’s run, Stephen Curry has become the hottest NBA star to invest in for card collector’s. He has even cracked the Top Ten of the list thanks to this amazing RC that was bought at an auction not too long ago. As he continues to make buckets, his value continues to sky-rocket meaning you should buy his cards today.Unfortunately for him, losing the NBA championship this past season did not do him any favors but it hasn’t done much for hurting the value. He is still one of the NBA’s biggest stars. 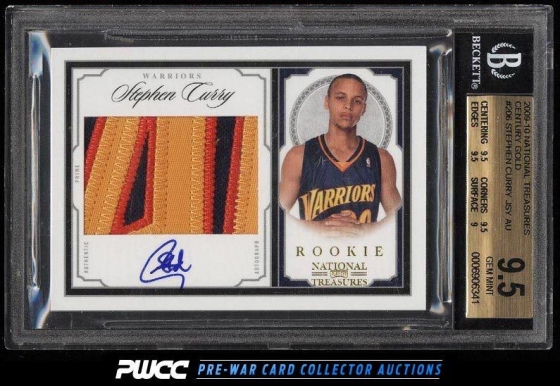 How does anyone protect a 1961 card to the point it grades out as a PSA 9 like this Wilt Chamberlain rookie card? Part of the value and the high price tag comes from the rarity of this card followed by the very high level rating. You are not going to find another Wilt RC close to this ranking. If you do, you better bring it forward and cash in on the excitement. 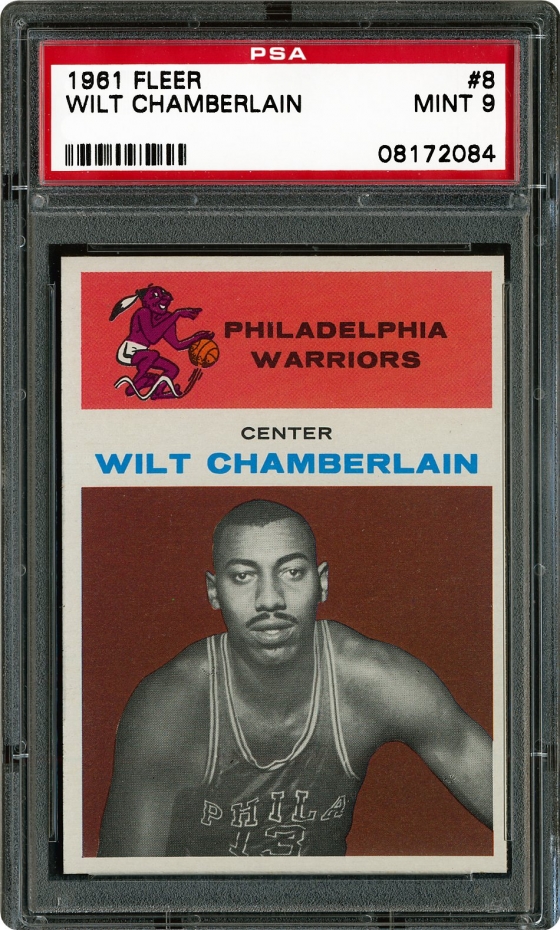 The Boston Celtic’s legendary Center, Bill Russell, was a rookie back in 1957 when sports cards did not demand as much respect as they do today. As with most of the vintage cards still floating around, the PSA 8 is the highest rated Bill Russell RC anyone has ever found. 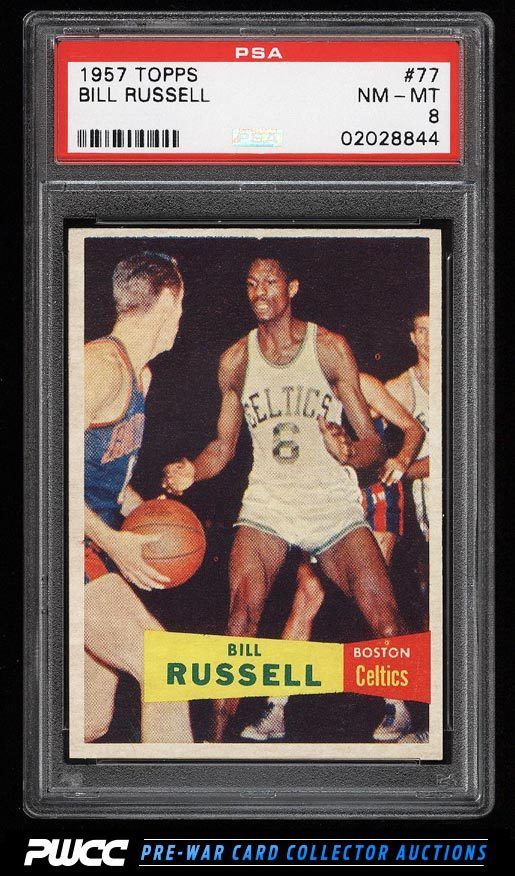 LeBron James and Michael Jordan are the hobby’s two biggest names and collector’s would love to own any one of them. The 2003-04 Exquisite collection was the hobby’s biggest product of that season. At this price point, it is a fact that if there is a perfect 10 graded card out there, it would be worth three times this much. 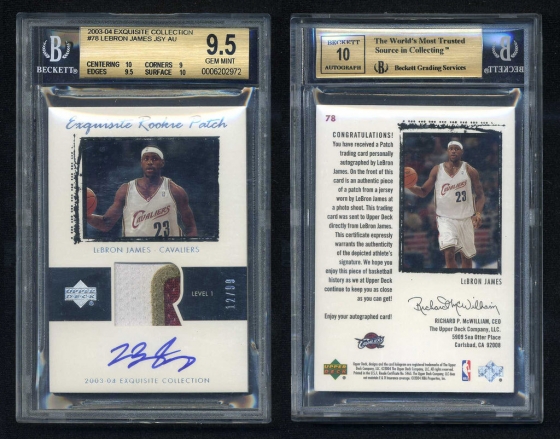 Sports cards these days are all about finding the rarest autographs and patches from the game’s biggest stars but 20 years ago, it was the inserts like E-X2001’s Essential Credentials that was the most demanding product in the hobby. With only 90 of them ever made, it is tough to find one in good condition let alone a grading of a 9 like this one. 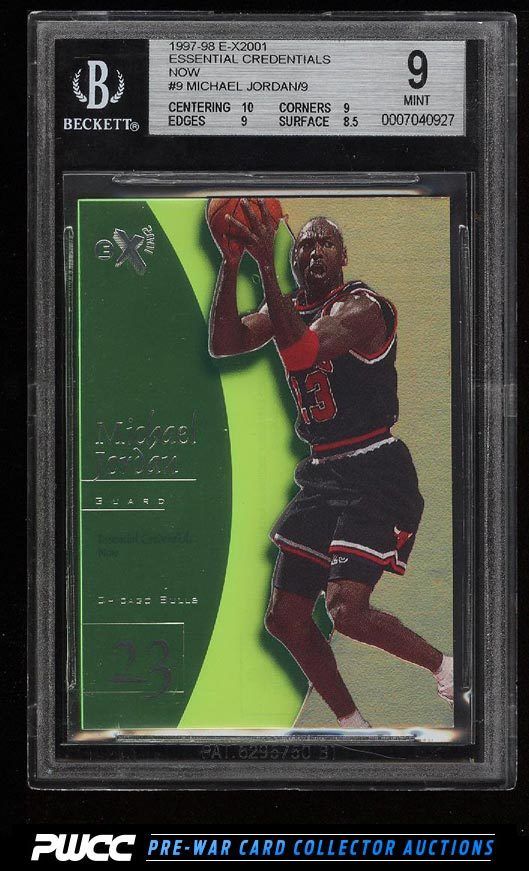 Now that Kobe Bryant is officially retired, the price of his cards are going to go up. So if you wanted to cash in on the excitement of owning a 1996 Topps Chrome Kobe Bryant RC, the time to sell is now. 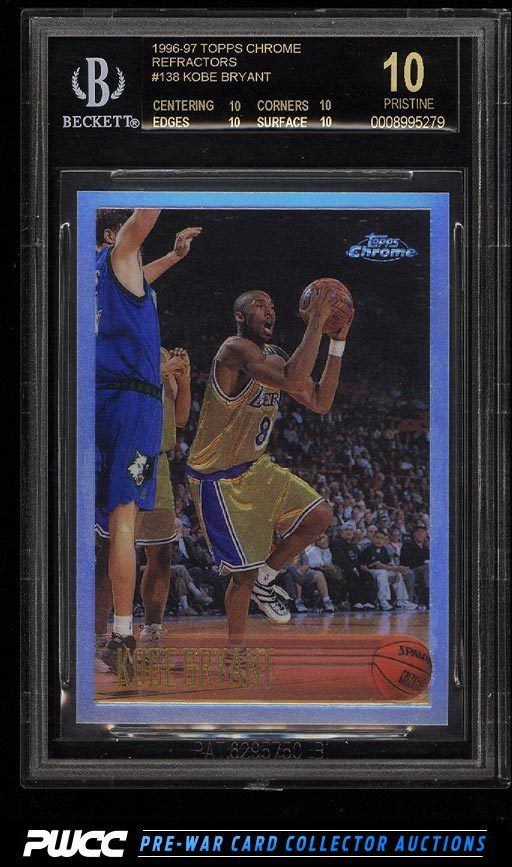 If you remember the Upper Deck days of the mid to late 90’s when all they put out were the best basketball cards on the market, then you definitely remember this card. It is the infamous and nearly unreachable Michael Jordan autograph All-Star game jersey card numbered to 23. The appeal of the card is that it was long before the days of auto patches. 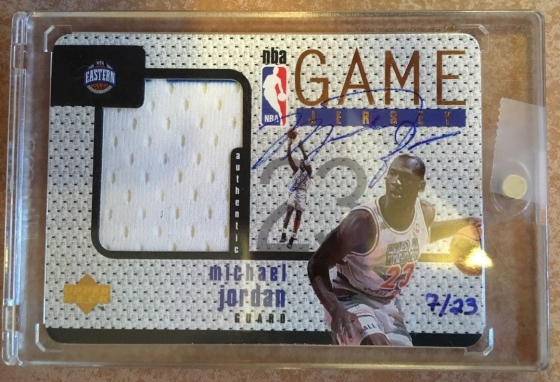 Normally, a RC with more than one player on it isn’t going to be worth as much as the card with just the man himself. The reason this beautiful 1980 Topps card has become so valuable is because it features three of the greatest players of all time, Dr.J, Magic Johnson, and Larry Bird. It doesn’t hurt that this card was a perfect 10, another reason the card as remained in the top three of all time. 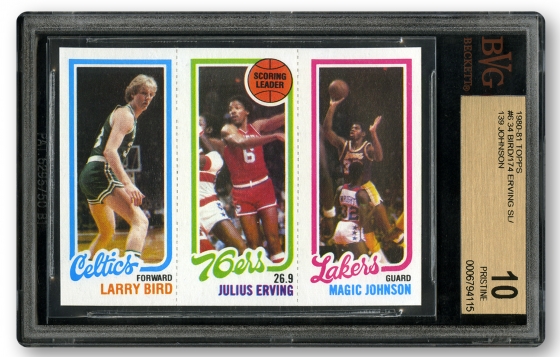 Pete Maravich’s RC values have skyrocketed over the past few years and it has resulted in his PSA 10 RC, the only one known to exist, to become the second most valuable basketball card of all time. To give you a little perspective, it only sold for $18,000 in 2007. 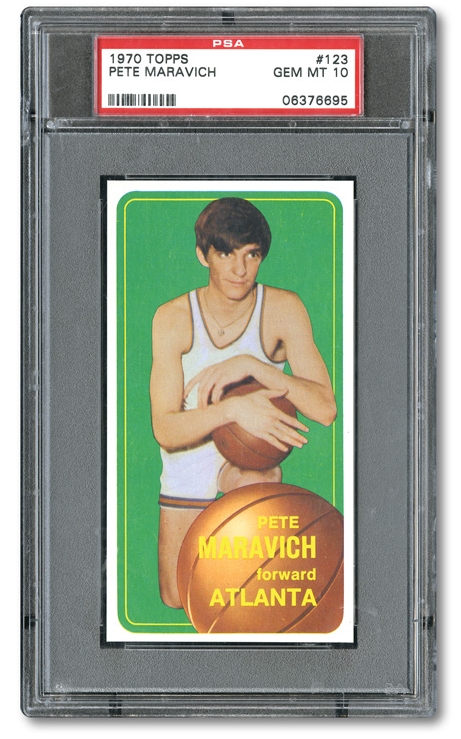 When it comes to basketball cards, it became popular over the past 20 years thanks to Michael Jordan and Lebron James. So the majority of the cards that make lists these days are not even 10 years old. However, the legend himself, George Mikan, remains the oldest and most valuable basketball card ever sold or bought, ever. 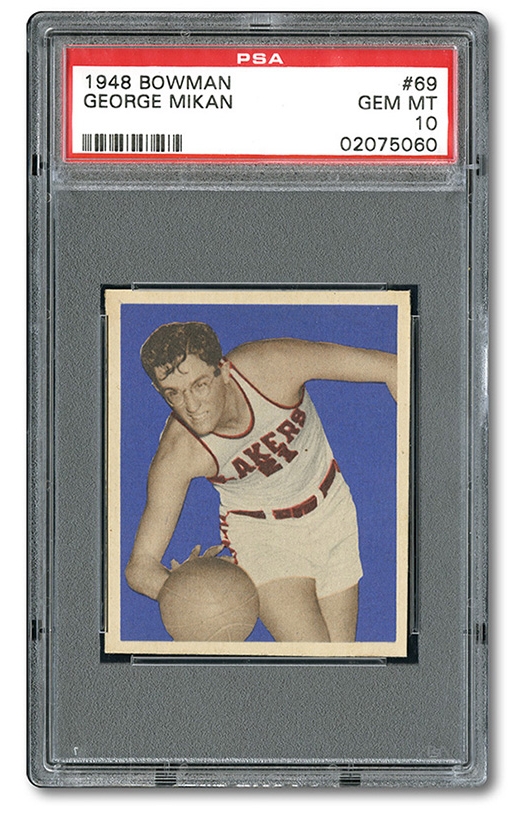