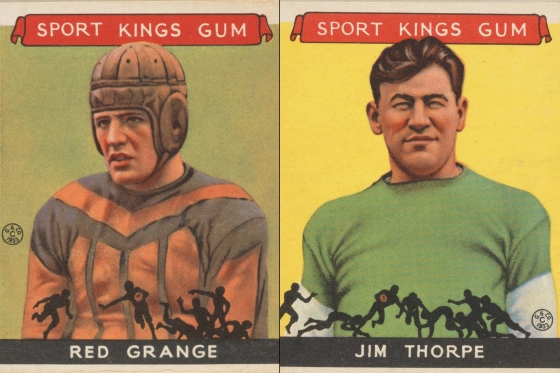 Since the 1940’s and 50’s, football trading cards have grown into a large part of the sports trading card hobby with some of the most valuable cards ever pulled coming from the 1948 Leaf set that features an amazing assortment of football cards.

However, over the past 20 years, Peyton Manning and Tom Brady have turned the hobby of collecting autographs into an art form thanks to their ability to stay away from lucrative contracts that force them to sign thousands of cards. Instead, they both have avoided signing too many cards forcing the price to rise beyond any price you can imagine.

So let’s take a look at the most expensive football trading cards ever sold. 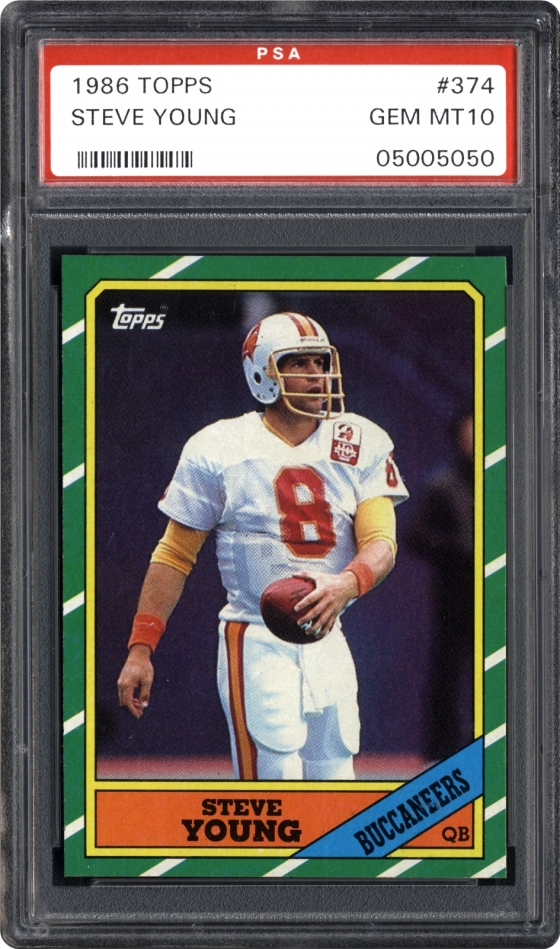 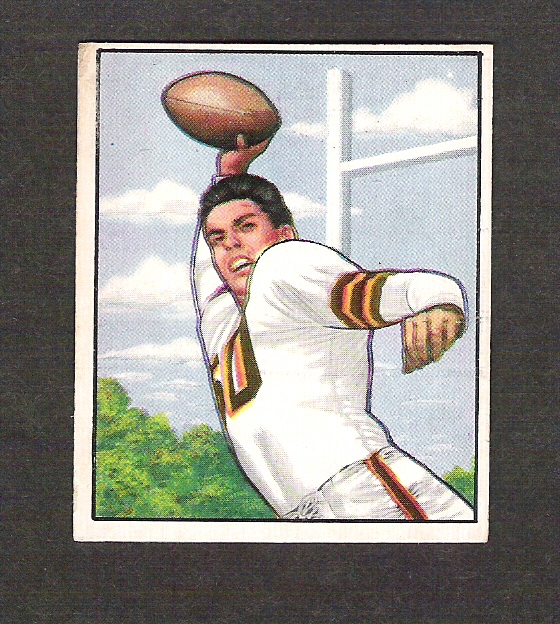 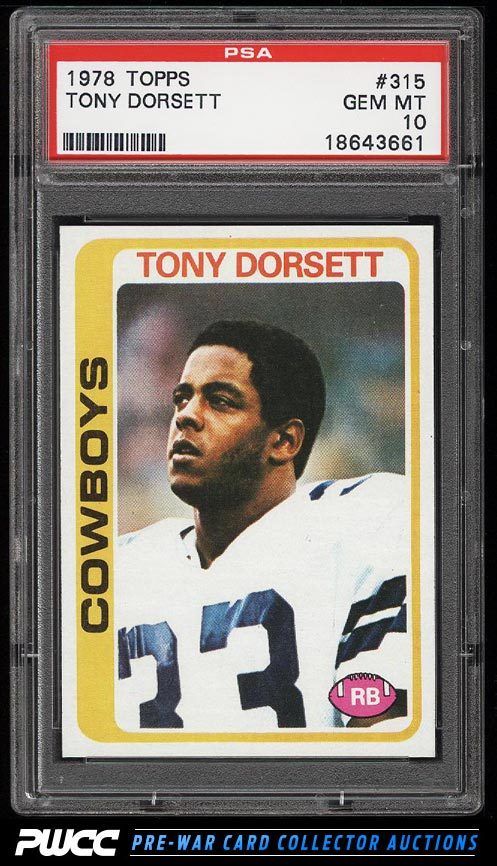 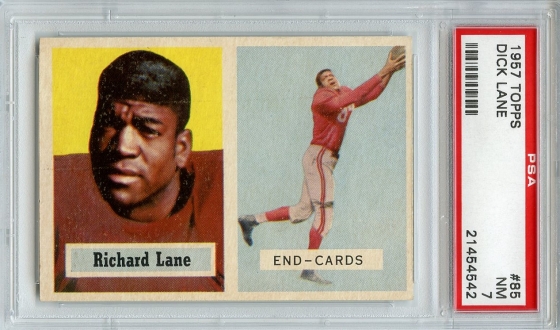 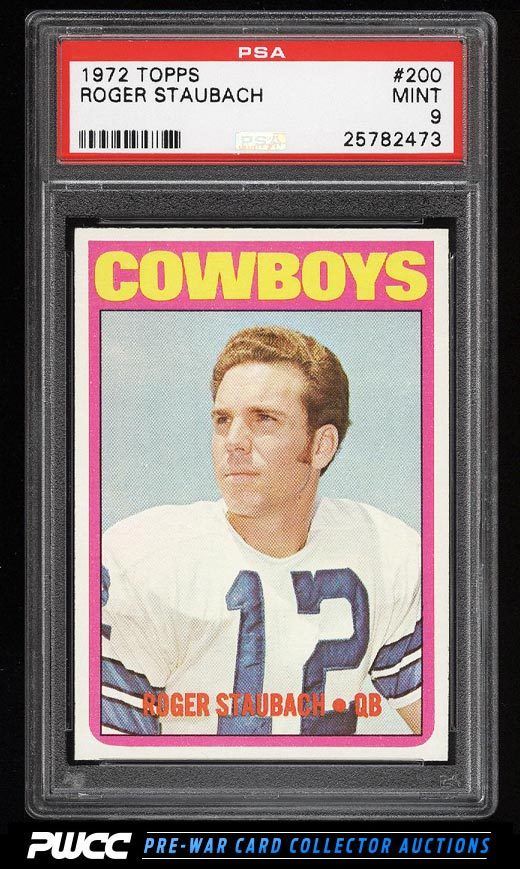 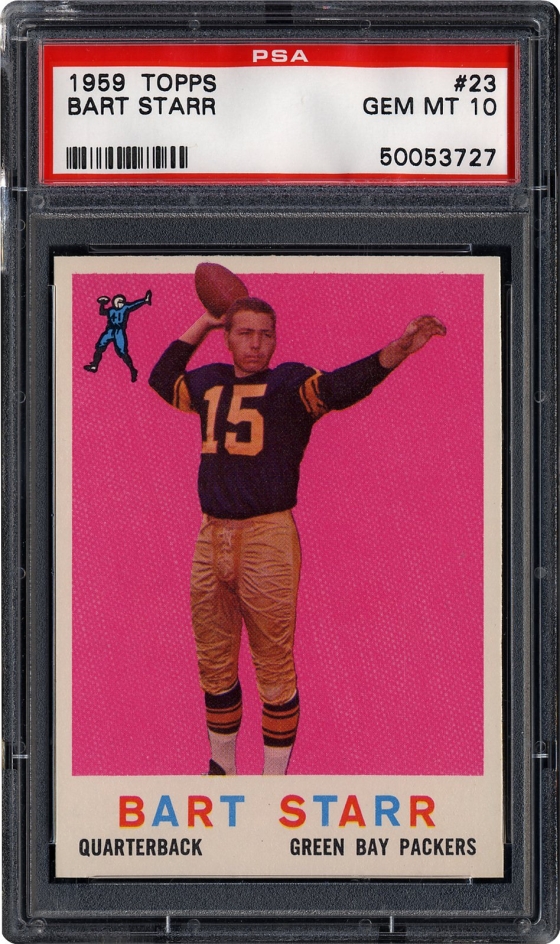 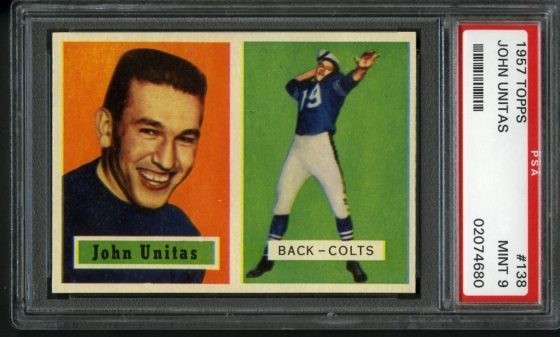 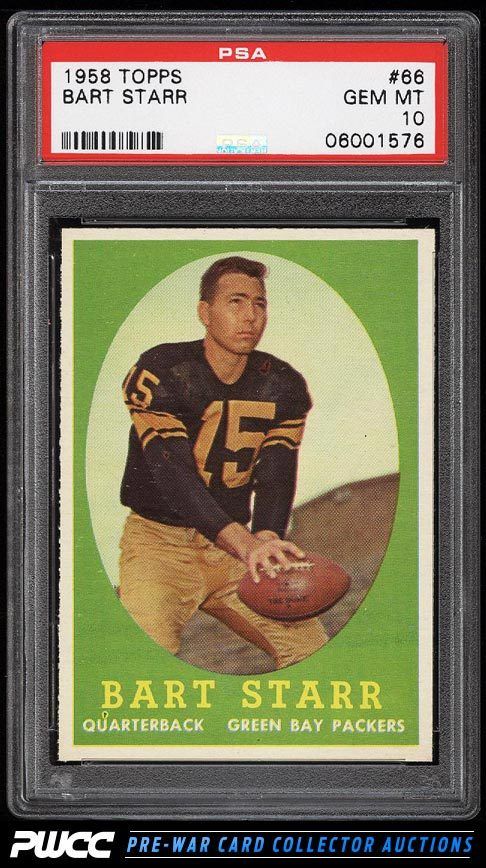 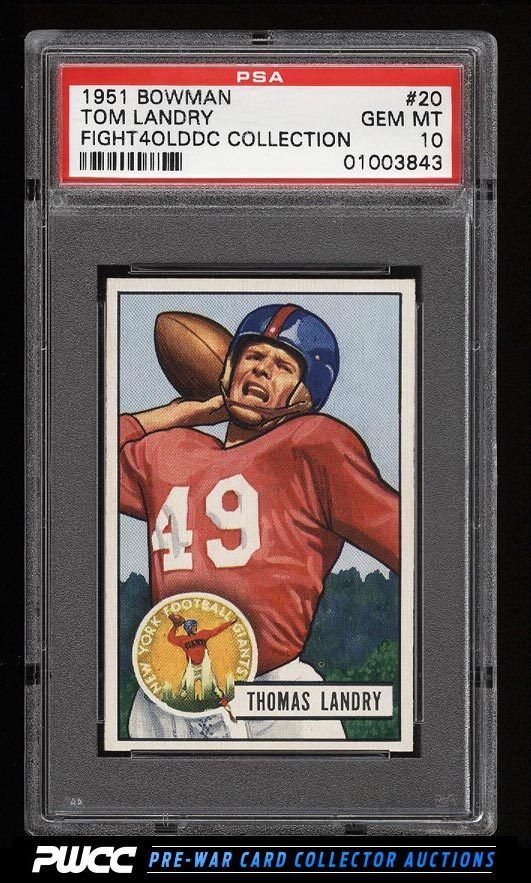 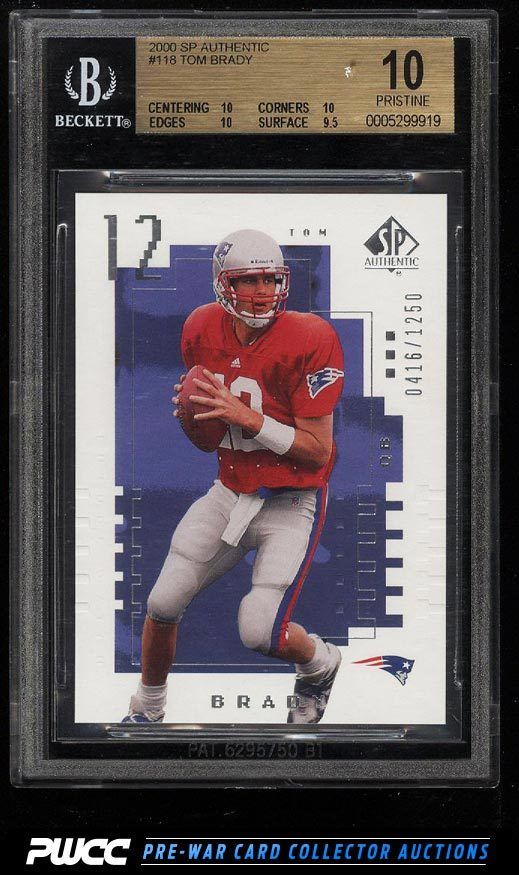 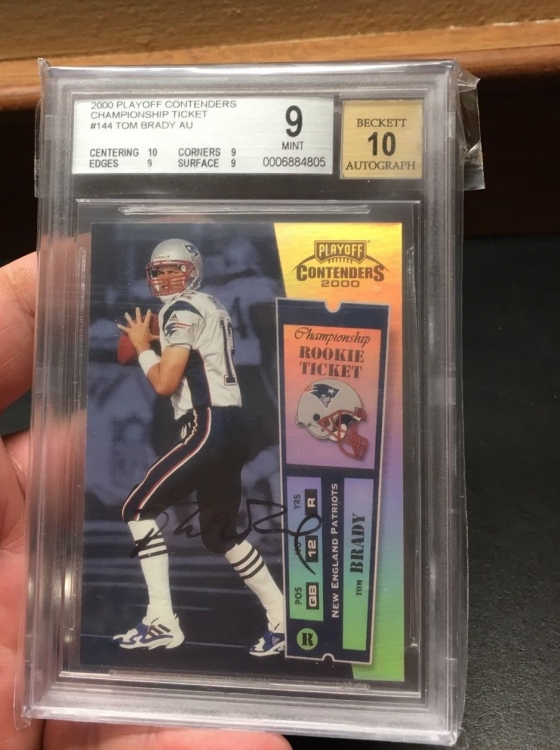 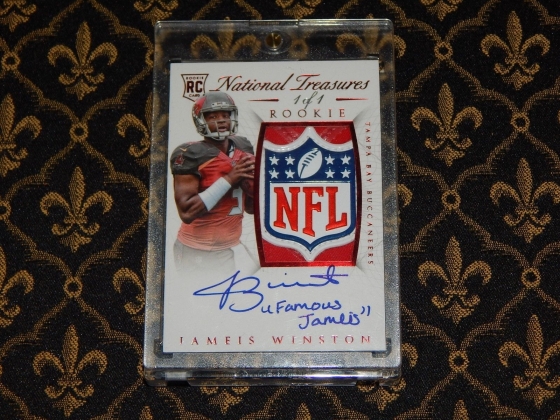 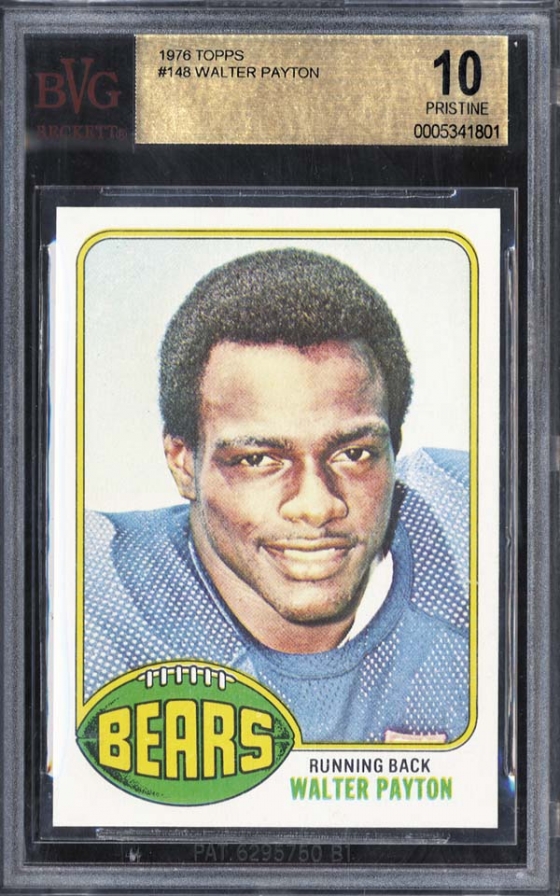 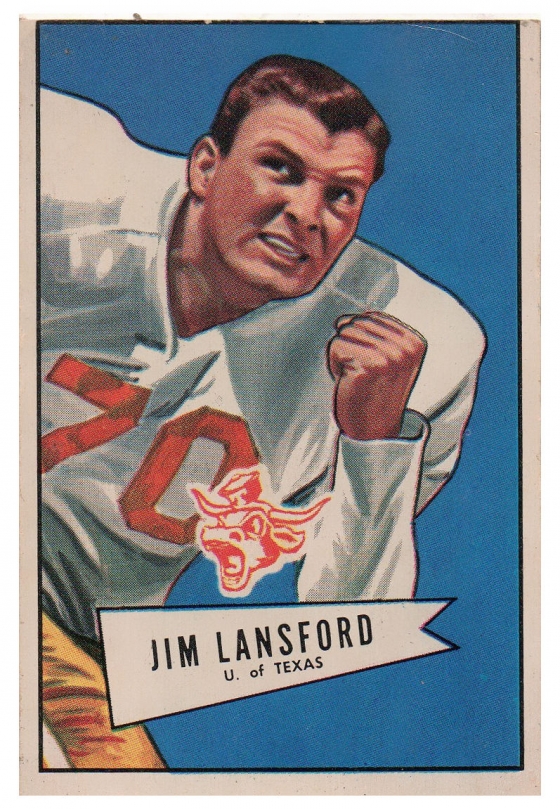 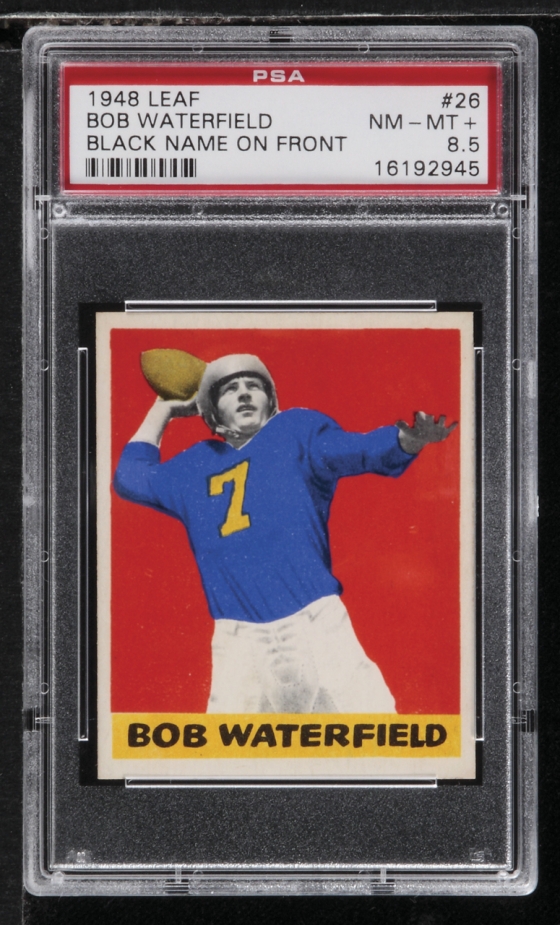 This was sold before he won the Super Bowl and retired. Over time, this is one of those cards that will rise in value because of its’ rarity. It isn’t easy to find a PSA 10, that means the card is in perfect condition. Peyton didn’t have hundreds of autographs during his rookie year besides this one which is just increasing its’ value. 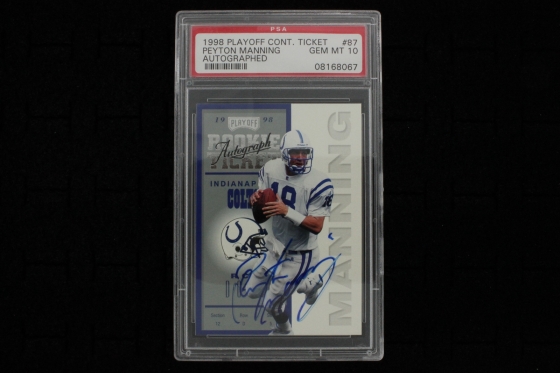 Most cards that date back to before the Super Bowl are very rare to find in this type of condition but when they do show up, it doesn’t even matter who is on the card. A score of 96/100 from SGC is as close to perfection as they come in the 1948 Leaf collection. But to get a Sammy Baugh on it, that means it is more valuable than 76% of brand new cars being sold today. 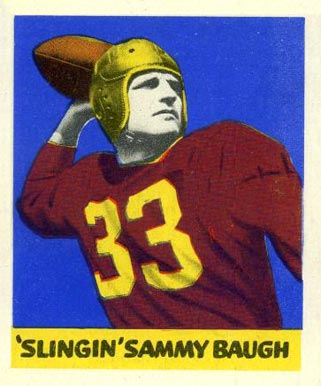 Charles Bednarik was a rare type of football player. He played offense and defense but not the positions you would think. He played LB and he was their Center. As if that wasn’t impressive enough, Charles served as a 1st Lieutenant in the U.S. Air Force during World War II before going on to play for the Philadelphia Eagles from 1949 to 1962, winning two NFL Championships. 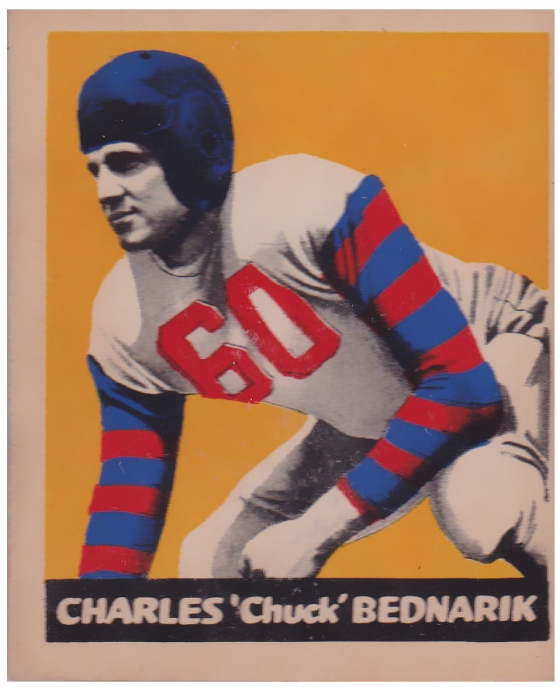 Terry Bradshaw has been one of the only QBs in NFL history to win four Super Bowls. But because he didn’t have eye-popping numbers are passing yards, he never got the respect he deserved. He recently had one of his rookie cards sold at auction for more than any of them ever sold before. 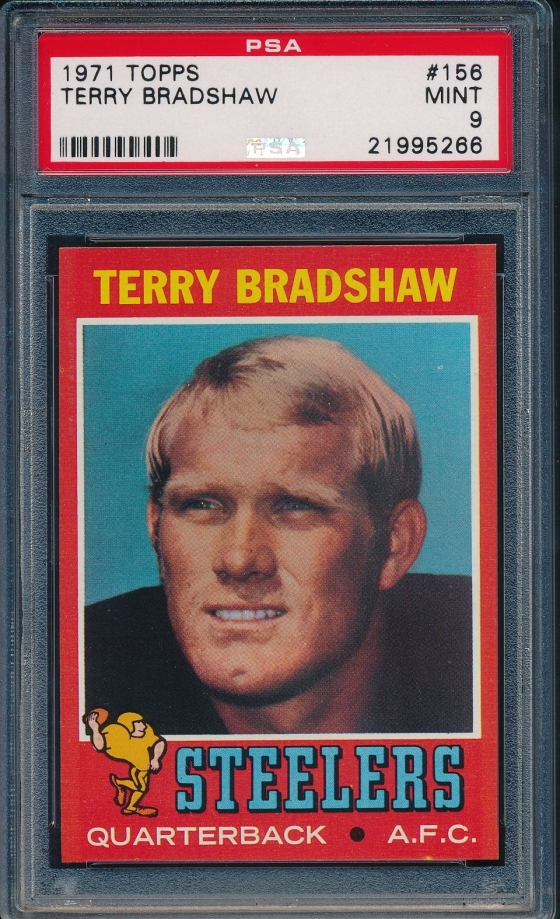 The great halfback from Notre Dame went on to play for the Green Bay Packers, twice, throughout his eight year career. He won four NFL Championships and Super Bowl I before being named into the Green Bay Hall of Fame, among other awards. So when this guy’s card shows up with a PSA 9 rating, people started bidding. 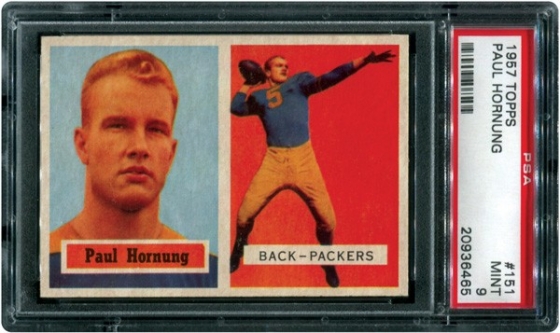 Long before variations were common among football card sets, we had the 1948 Leaf set which had mistakes made during printing that was the cause of the variations. This was something that made them worth more money alone and not because they are graded a PSA 8. 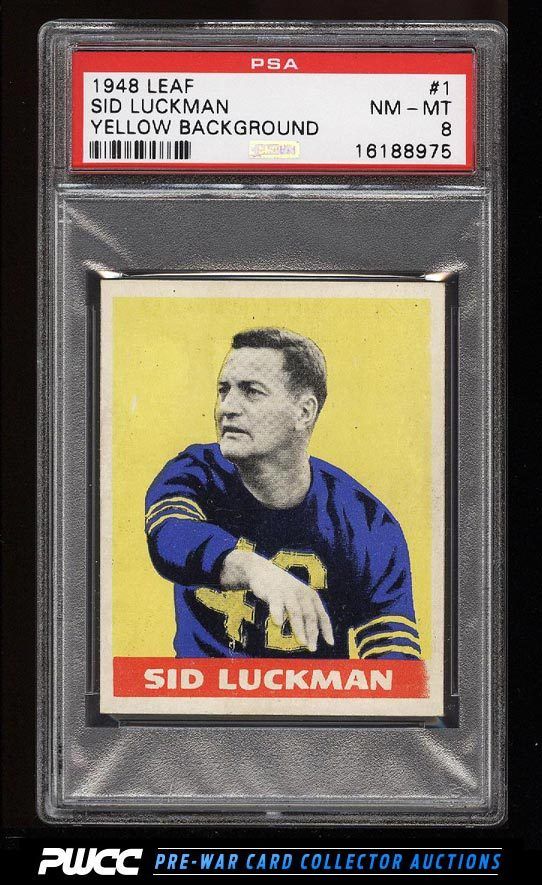 Jim Brown is arguably the greatest football player in NFL history. He retired after nine seasons, which is not something you would see these days, and was the NFL’s leading rusher, all-time at that time until 1984 when Walter Payton broke his record. So owning his rookie card in near mint condition is worth the price paid for it. 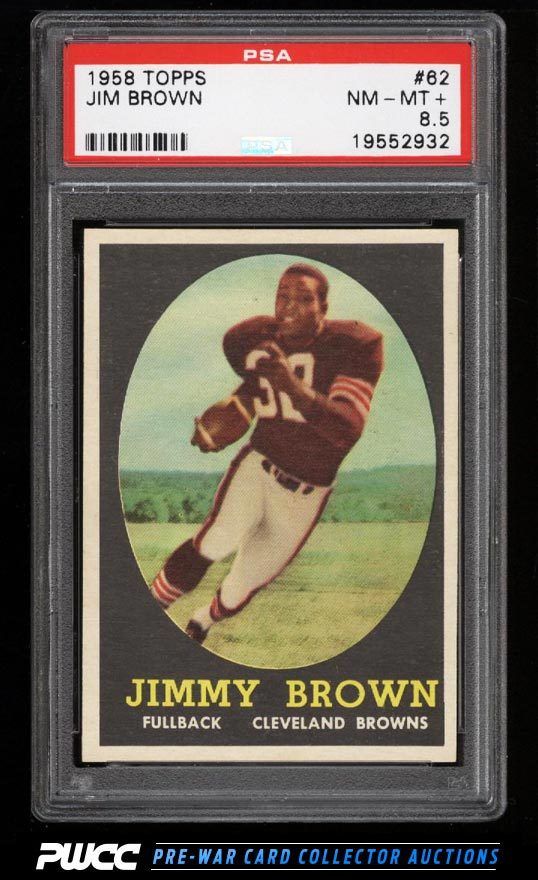 The Joe Namath collection has become one of the most valuable in NFL trading card history. No one knows why except for the fact that this card was actually taken while he was in the hospital recovering from knee surgery. He posed for it while not even being able to stand up on his knee. It’s also very hard to find any Joe Namath 1965 Topps RC in such good condition like this one was when it sold for nearly 100k. 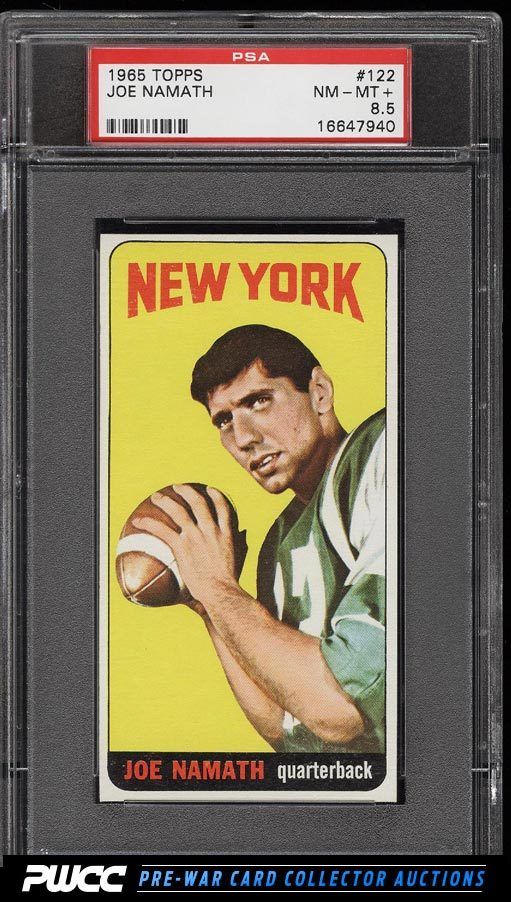 According to the PSA website, the 1933 Goudey Sport Kings set is one of the most sought after collections in all of sports mainly for the PSA 9 or higher valued cards like the Babe Ruth or Ty Cobb cards. Although this is a baseball set technically, Jim Thorpe was a football player that only dabbed a little in baseball. Since the card shows off his football playing skills, we included it because of its’ value and condition. 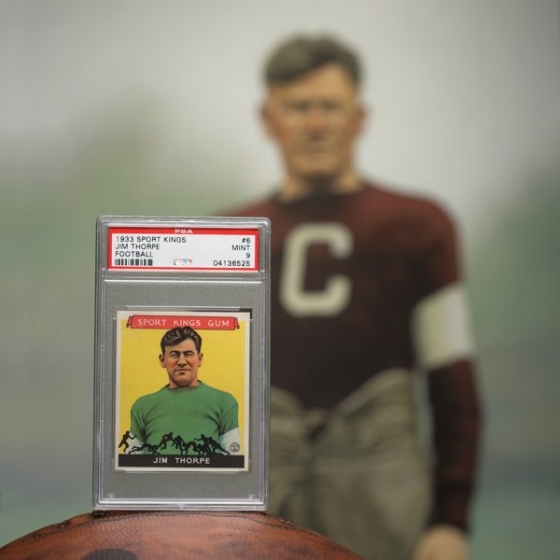 When it comes to football trading cards, there isn’t as many highly valuable cards like in baseball. But this 1935 Bronko Nagurski is the exception as it once sold for $240,000. The 96 out of 100 score means it might have one or two minor issues, if not less. For a card from almost 90 years ago, it is incredible that someone had it in this condition. But the luck goes beyond how they manage the card as the manufacturer also has to print it correctly and have proper spacing. It is pure luck to get this card and it’s worth every penny of the quarter of a million it sold for. 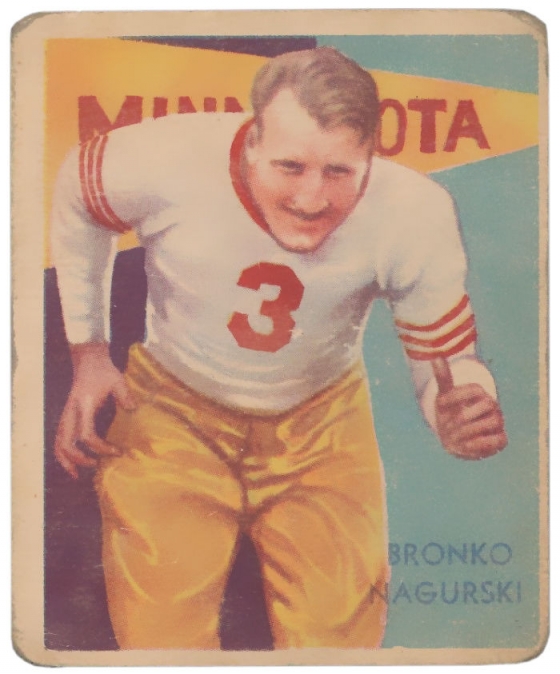