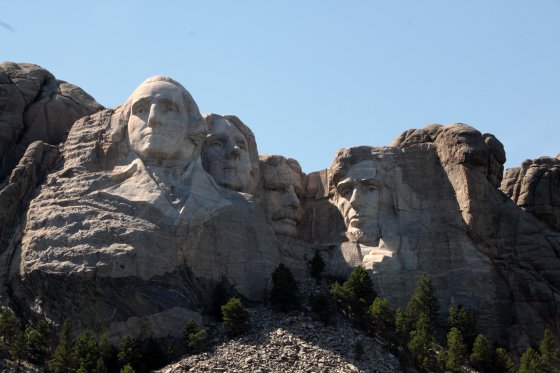 Mount Rushmore National Memorial is a famous sculpture of United States Presidents carved into the granite face of Mount Rushmore in the Black Hills of South Dakota. Sculptor Gutzon Borglum created the sculpture’s design and oversaw the project’s execution from 1927 to 1941 with the help of his son, Lincoln Borglum. Mount Rushmore features 60-foot sculptures of the heads of four United States presidents: George Washington, Thomas Jefferson, Theodore Roosevelt, and Abraham Lincoln. 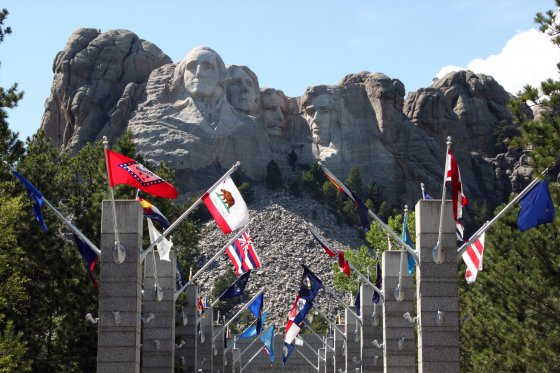 It’s been featured in numerous movies, and this time of year it’s a very popular spot to visit for bikers attending the Sturgis Motorcycle Rally. It’s also been in the news in recent years as Donald Trump openly discussed adding his head to the Memorial. We recently visited Mount Rushmore ourselves during our press-launch drive of the Subaru Crosstrek. While we were only there for a few minutes (we suggest you give a more thorough visit) we did capture the photos you see above. Below we can be seen driving the Crosstrek with Rushmore in the background in an image provided by Subaru. 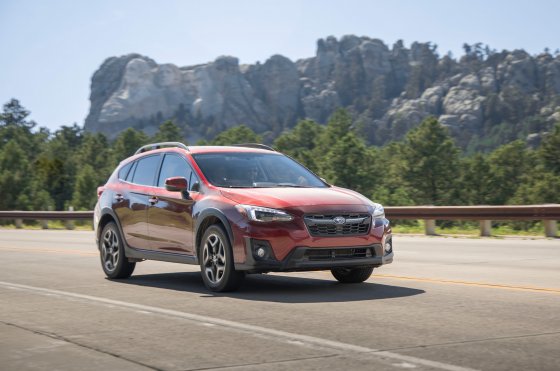