Earlier we brought you the magic that was Television Bracketology, and today we’re back with the Movie version of the same. Grouping movies into brackets for the purpose of determining the best is far from a unique concept, as we found dozens of examples on the web. It’s still a fun way to celebrate March Madness for those of you who are more into movies than you are into sports. So, we’ve selected some of our favorites to share with you below, the first three of which are still soliciting votes. Click on the image for the original source : 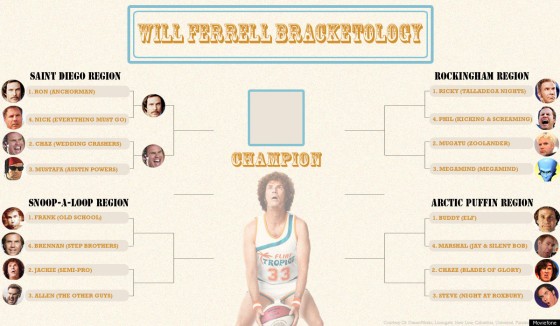 To celebrate "Casa" and March Madness, Moviefone has put together a month-long NCAA-style tournament pitting 16 of Ferrell's best characters against each other. All you have to do is vote for your favorite one.

Funniest Movie of All Time 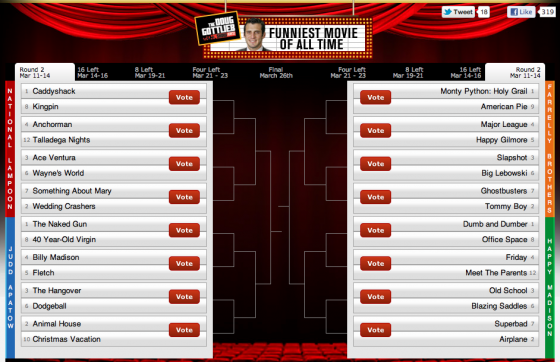 Doug Gottlieb is stirring the pot again. This time he's challenging listeners to decide the funniest movie in cinema history. This controversial debate continues with "The Holy Grail" dueling against "American Pie" and "Ghostbusters" trying to win it all! 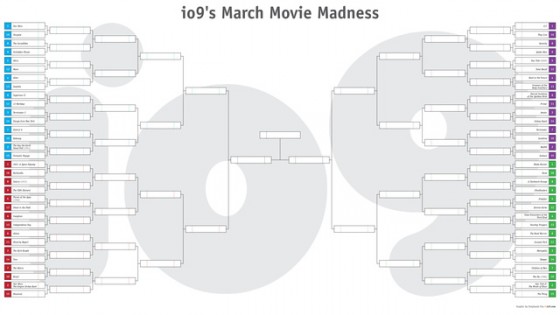 Behold, the most important tournament of our time: io9's March Movie Madness. For the next few weeks we will pit science fiction classics against each other. 64 films enter, only one will leave. And you decide which the greatest is. 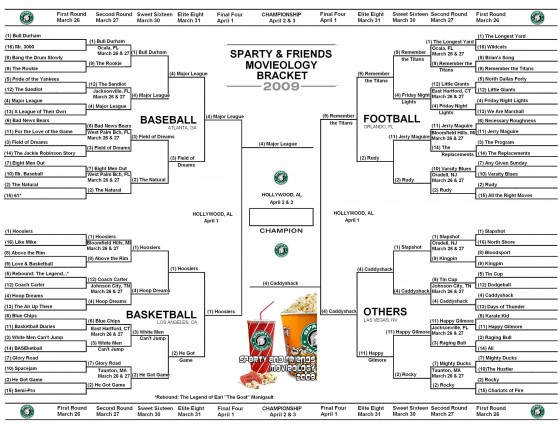 via The Victory Formation

After 1,460 votes were counted, and recounted…we here at SpartyandFriends are proud to announce that Caddyshack is your 2009 Movieology champion, taking down Major League. We thank all of you that joined in, it was definitely fun. Caddyshack after a somewhat easy run, took down the dreadful Remember the Titans to claims their spot in the Finals and demolished Major League, a great movie, but one which had no real reason for being there. 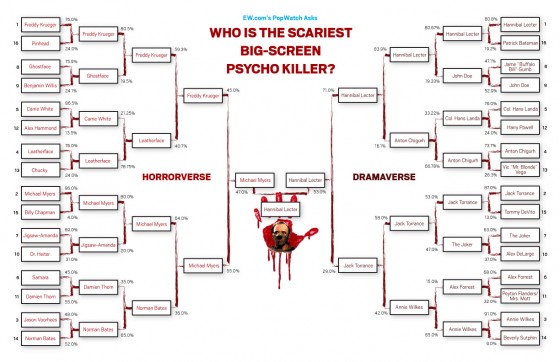 Over the last month, you’ve voted like fiends and winnowed down our field of 32 slashers, serial killers, and sociopaths, leaving Halloween‘s Michael Myers and The Silence of the Lambs‘ Hannibal Lecter as the last murderers standing (alongside a pile of bloodied, mutilated corpses, naturally). And in what turned out to be a closely fought battle … Hannibal the Cannibal devoured his masked competitor by a margin of 53%-47%! 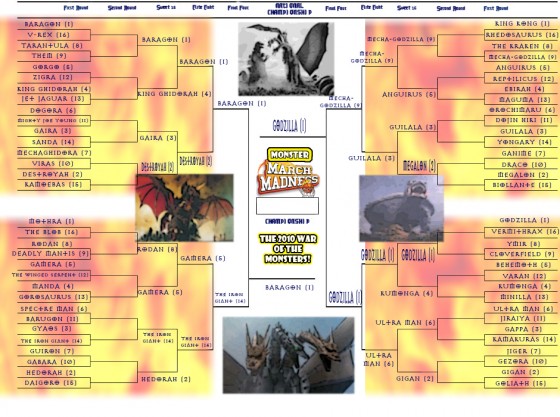 via our very own Stew at Gunaxin

The war was waged. 64 giant monsters from all over the galaxy and Earth itself decided to square off in the mother of all battles. Creatures who seemingly didn’t stand a chance, were beaten early, while still others fought valiantly to further rounds and continued domination of their opponents. But, when the dust cleared, only four stood tall and the ultimate stare-down ensued. It was time, at last, to see who the last monster standing would be.