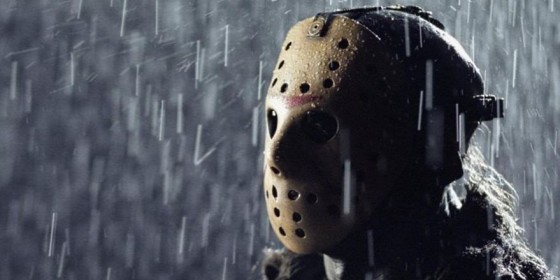 Movies have a way of being very definite in some things (like killing Jason Voorhees) and very indefinite in other things (like killing Jason Voorhees). And a few deaths in fiction are certainly definite (like Bucky Barnes), unless they are of course indefinite (like Bucky Barnes), but here are a few open to interpretation that you may have assumed were ironclad. So to cast a little doubt and add kind of writ of cinematic habeas corpus, here’s a list of deaths you may have only ASSUMED happened. 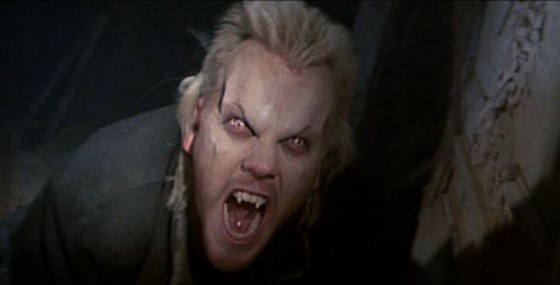 There was one thing that was not subtle or ambiguous in Joel Schumacher’s cult film about having eternity on your hands to party. Whether it was death by stereo…

…or other assorted ripping apart, maiming or turning into a rather unrecognizable goo.

Death is not really a question. David’s head vampire even puts his hand on his still rather together body as to somehow silently communicate, “Ok buddy, stay down….I got this.” When you look again, David is gone but there are no remains. That is really shaky evidence when it comes to a vampire execution.
This would be until you get to the lead punk David who falls on some antlers and  looks like he was taking a nap. Since the original people had nothing to do with the subsequent sequels.

The subject of David is never broached again, which is kind of a shame because while he officially goes down as being dead and never brought back, that may not have even been the original intention. You see, Schumacher (who was again not involved) had intended on making a sequel called The Lost Girls in which David would not have only been brought back but would have been the main villain. There is additional supporting evidence that a comic was released in 2008 to coincide with the new movie that again states rather emphatically that David does live called, The Lost Boys: Reign of the Frogs. 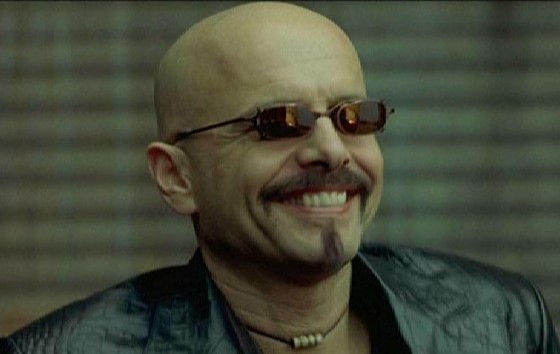 You never actually see Cypher die. You never see a body and you see that Dozer can take a direct shot from the same gun and get back up and fire. Cypher is never again mentioned, and there are raging debates with more evidence regarding whether or not Neo bought the big one, too. So yes it is entirely possible that Cypher lived and was either killed later or interrogated. All that is known by the Agents is that he is lost to them. Dozer has a bit of trouble standing, much less examining a body that we never actually see.

As a matter of fact, the guy playing Cypher, Joe Pantoliano, didn’t actually believe that he died in the movie either. He is reported to have “begged” to be in the sequels as the same character.

Here’s what we know. Mr. Pink picks up the diamonds. Mr. Pink walks out of the warehouse. Mr. Pink screams “Don’t shoot,” and there is a lot of gunfire. Then Mr. White shoots Mr. Orange. Whether Mr. Pink bleeds out, is already dead, or is saved by heroic hospital workers is pure speculation. It is of course assumed that he is gunned down like hamburger, but you can’t prove that based on the movie.

Apparently, according to the Reservoir Dogs video game released in 2008, as long as Mr. Pink kept his cool and stayed professional through the entire affair, it was entirely possible that he lived. 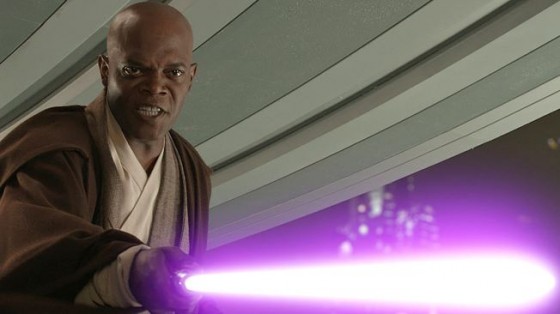 Mace Windu has his arm cut off and is thrown out of an open window. He is assumed dead (but then again so is every single Jedi after him), but really is it beyond reason to believe an ultimate warrior like him could not survive the loss of an arm (like both of the Skywalkers did), or the fall like Anakin did in the previous movie? I have seen Freddy go down in clearer ways. There is also speculation about Darth Maul making it split in half, and we know that Anakin would have enough to be bathed in lava. The photographic evidence seems almost weak by comparison. Hiding and cloaking himself would have been the norm later.

A Jedi can survive a fall through Coruscant and not even be a master. A Jedi can survive losing his hand, or even survive force lightning. Obi Wan was a Knight and Luke was still technically a Padawan. Windu could have done all three and gone into hiding like Yoda. 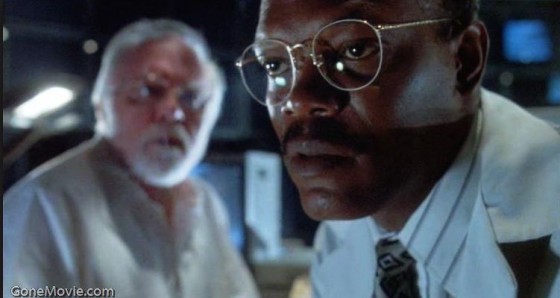 Let’s just say that Sam Jackson losing his arm and getting left for dead is kind of curious. Arnold volunteers to go down and restart the generator. Later on, we see Arnold’s arm but not the rest of him. This seemingly overwhelming evidence says he’s obviously dead. Of course he might be merely injured like a few other characters. Collateral damage, we guess. Let’s just leave the guy for dinosaur meat and if we find the rest of him it will be good for food and or shelter. In an interview with Empire magazine, Jackson mentions that a scene was supposed to be filmed with the Raptors chasing him, but was never actually filmed.

The bombing of the island is never shown in Jurassic Park as in the book, and in the book Ian Malcolm died. That was sort of mistake by the time that Crichton wrote The Lost World. Also a scene that was supposed to be in The Lost World discussing paying for deaths (including Arnold’s) was cut from the final movie.