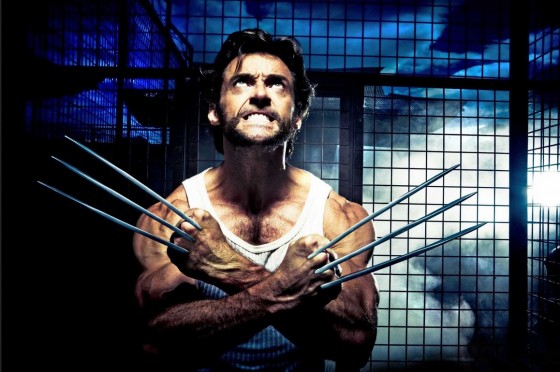 James Hewlett / Logan / Wolverine is a tortured character who may be well nigh immortal. Wolverine’s healing factor as well as adamantium claws and skeleton also make him a fearsome warrior. He has tried to cool his anger by training in the martial arts in Japan. He has tried everything in order to control what is essentially his nature. The truth of the matter is that he can’t, because we quite frankly love his nature. The only that we really love more than his nature is pitting Wolverine up against an opponent with a similar nature. Most of the time, this is not really a possibility due to copyrights and people being unwilling to work together. In a speculative realm, we are not really bound by such things. Here are the top ten movie characters that we’d love to see Wolverine throw down with on film.

In any of the versions of Khan, there is one constant, Khan was genetically bred as the height of human ability. In strength, endurance and skill; Khan is simply superior. Wolverine, at his heart, is really just a man who can take an enormous amount of punishment as well as having those neat unbreakable claws made of metal attached to skeletal bone.

The point is that (other than the healing factor) Khan may well be the superior specimen to Wolverine. In that regard, the healing factor for  Logan is really necessary. He would certainly need it with all of the punishment Khan would be willing to dish out. Khan would also being an Ozymandius-level planner making him hard for Wolverine to foil the plot as well as beat the man. 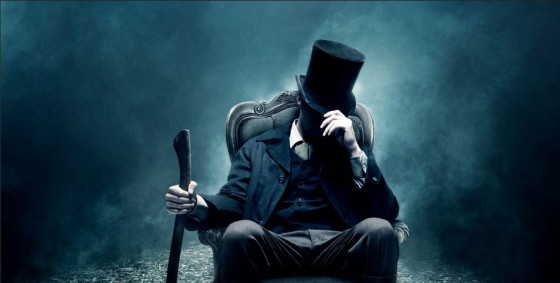 Unless there was some sort of temporal displacement, we would be talking about Wolverine as a young boy or a teenager if he was to fight Vampire Hunter Abraham Lincoln at the height of his skills. Logan could be reasonably mistaken for a vampiric young man (especially given his healing power.) This would also be well before the metal was grafted to his bones.

If you put Mr. Howlett as a teenager, then he would be apt for a fight, but Lincoln would almost certainly have an advantage. However, we do know that the metal skeleton’s constant needs actually retards the healing factor to some extent. The constant pressure of keeping Wolverine alive dampens the ability of the healing factor to function. A teenage Wolverine with a healing factor off the charts would have no such worries. Wolverine would also be fighting with the bone claw version. If Logan picked up the nineteenth century war against vampire-kind, then you could also build an awesome steampunkish adventure. 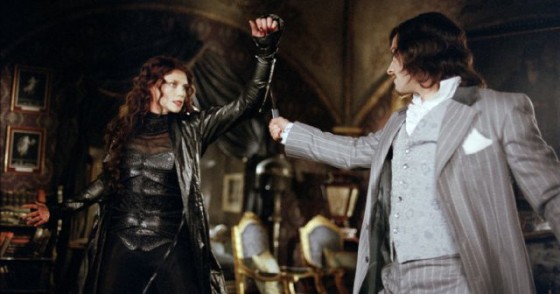 As he tells Mina in the League of Extraordinary Gentlemen movie, they could be at this all day. Unless Wolverine finds the picture, then they could slash each other forever with the exact same results. Wolverine at the turn of the twentieth century would be a young man. He would also have the bone claws and an unchecked healing factor.

Gray would be eternally young as well as having decades to have learned the fine art of fighting in multiple different styles. He would more than likely be able to sustain it, but a relatively untrained Wolverine against an immortal with an equal (if not superior healing factor) would get beaten down pretty badly. This is of course assuming that Gray was able to protect himself against Logan finding the portrait and getting Dorian to look at it.

A mutant is a genetic anomaly. Basically, powers which we would consider to be ‘superhuman’ is a trait of anomaly in the Matrix. The X-Men would be an anomaly in either world. Wolverine’s ‘healing factor’ would actually mirror the ability of Agents to heal quickly from wounds. Obviously in this setting, Logan would be sought after by both sides. Interestingly, with Wolverine being used to fighting superhuman elements, the Agents would seem like another group of people hunting him. Smith does not respond well to anomalies. Of course, Wolverine would not respond well to him as well. Given a good ripping beserker rage, Wolverine could probably make Smith go away… but not permanently. 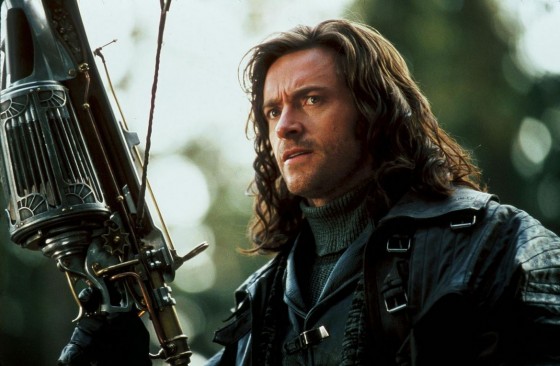 The obvious appeal of including Van Helsing on the list is that Hugh Jackman played both characters. However, there are reports out there that there is a planned re-boot of the Van Helsing franchise with Tom Cruise playing the lead role.

In the movie, Van Helsing’s specialty was killing monsters which were seemingly difficult or nearly impossible to kill. Over the years, Logan may have caught the attention of extreme elements within the Catholic Church as being an ‘abomination to God.’ The movie also hints that (left alone) Van Helsing may be well nigh immortal himself. The danger of Van Helsing is that he could figure out a way in which to permanent incapacitate or kill Wolverine if deemed necessary. It is the ‘if deemed necessary’ which may well determine the outcome of everything in this one. 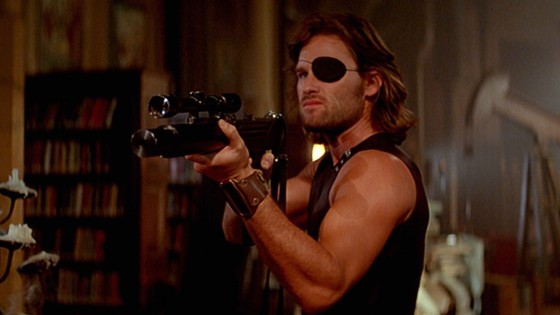 Some people heard that he was dead. A few other people heard that he would definitely be taller. The truth of the matter is that Snake Plissken is everything that you would want a legendary tough guy to be. If John Wayne existed in a dystopic future, thy name would be Snake Plissken. If Wolverine existed in the same alternate future that Plissken does, they would be very similar characters. They were both former soldiers who were then screwed over by their own government as a result of their special talents. Ultimately, they would probably team up against whatever forces put them against each other, but the battle between the two beforehand would be absolutely epic. It would probably end in a draw as well as a bit of reasoning and perhaps a beer. 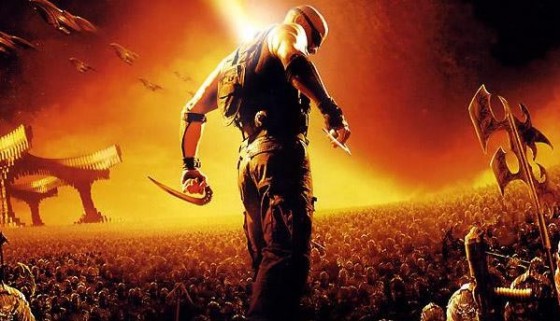 There is an essential conflict here. What does Riddick do? Riddick kills. What does Wolverine do? Wolverine survives at all costs. There would have to be some sort of temporal displacement in order to get the two characters together. This would be a classic case of irresistible force versus immovable object. You are pitting a man who can kill anything against a person who essentially will not die.

Logan and Riddick also have proven to both hold onto to an odd sense of honor. They are both used to being chased. Neither one is actually above killing, especially when they feel threatened. Wolverine would have to be sent in some official capacity against Riddick. There is the alternate possibility that they could simply find themselves in the same place at the same time. The point is that neither character would need a whole lot of inspiration to fight one another. 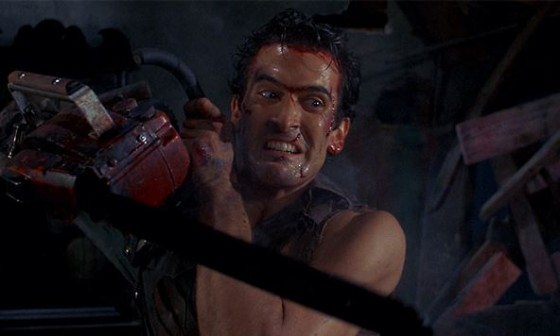 Ash is a badass who is more than willing to take punishment. Most of the time, Ash inflicts the punishment upon himself. To get rid of the dead curse, Ash cut off his own hand with a chainsaw. Ash then used the chainsaw as a weapon against the ‘Deadites.’ Ash also killed a whole slew of Lillputian Mini-Ashes in creative fashion and was thrown down into a pit that doubled as a zombie death trap and came out ahead.

Ash is also intelligent to fashion modern weapons using medieval tools. We are not saying that Ash could beat Wolverine. However, Ash could certainly give him a run for his money. The true beauty of the entire meeting (in addition to the fight) would be listening to the two them share one liners. That would simply be the ultimate in badass trash talk. 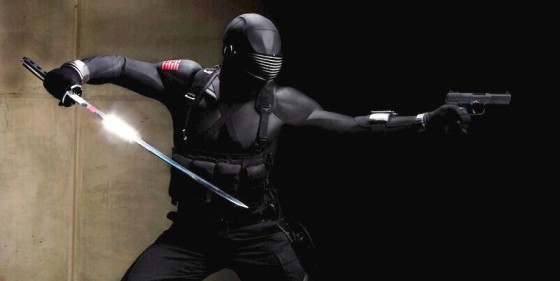 Honestly, this match up would be a 1980s fan boy’s wet dream. After the ninja-palloozas which were The Wolverine and G.I. Joe: Retaliation, the dynamic of a fight between Wolverine and Snake Eyes would be a truly great cinematic moment. Whatever the highest class of  ‘Ninja’ is, then Snake Eyes would definitely be it. Wolverine has trained in as well as fought extensively in Japan. Snake Eyes is used to fighting with as well as against sharp objects. Snake Eyes is also a superior fighter to Wolverine, who would also be apt to lose control where Snake Eyes would not. During one comic book adventure, it was remarked that nothing less than a ‘tactical nuclear weapon’ would stop Snake Eyes from making it through Cobra Island alone. Wolverine is not a tact nuke, but the throw down is something that we would pay five times to see.

In addition to an affection for sharp pointy things, Krueger would honestly be a truly legendary Wolverine villain. In the dream world, the ability to draw fear would depend on an ability to draw from the subconscious. In many cases, this sub conscious is locked even to Logan himself. The psychological torture of Logan would blindside him with events in which he could not even determine whether they really happened.

Krueger can be fought. Obviously, there would be the appeal of the fighting as well as the hand blades. More than that however, Krueger could learn as well as use things against Wolverine that Wolverine does not even know. This was explored briefly in The Uncanny X-men #251 called ‘Fever Dream.’ Wolverine was literally chained to a cross in the shape of an X and had no ability to stop wild visions from his past coming seemingly to life before his eyes. Krueger is the type of opponent who could not only face Wolverine but also have a very real effect on him.