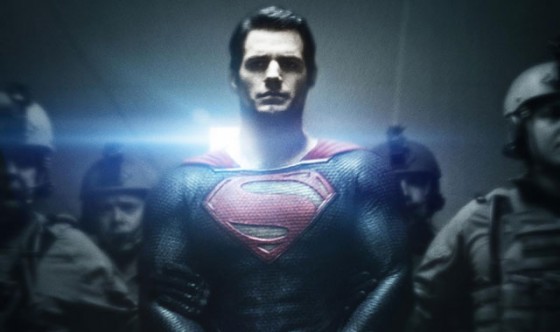 Who doesn’t love a good movie poster? Certainly not college students, who are always looking for the newest and coolest posters to plaster on their walls to tell anyone who comes into their dorm room that they are tremendously hip and more often than not raging nerds. As long as movies continue to be produced – and we don’t expect this to be a fad that goes away anytime soon – movie posters will be created and distributed throughout the world. Here are some of the notable movie posters that have come out recently… 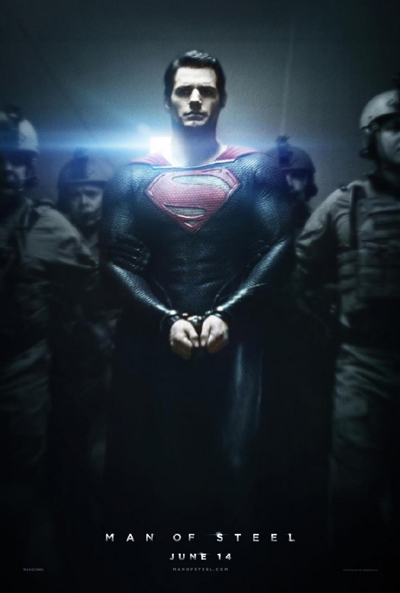 Man of Steel tells the story of Superman. Again. Superman, in case you were unaware, is faster than a speeding bullet and more powerful than a locomotive. And since you're probably aware of Superman, you realize that the fact he's handcuffed in this poster is one of the most absurd things to ever appear on a movie poster. Either those cuffs are made of Kryptonite, or he's turning himself in to show he's not a threat, in which case the cuffs are still pointless since he could tear through them like we tear through wet toilet paper. 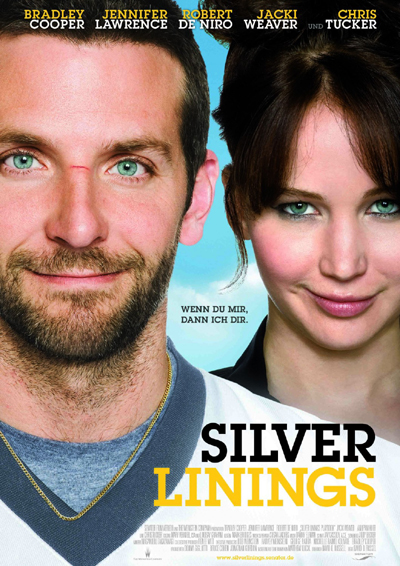 The Silver Linings Playbook is supposedly one of the frontrunners for a lot of awards this year, including acting nods for both Bradley Cooper and Jennifer Lawrence, who, despite having been on the Bill Engvall Show and appearing in The Hunger Games, is actually a really good dramatic actress. Only if you were to base your first impression of this film solely on this poster, you'd think it's, 1) weird that they randomly put German text in the middle, and 2) it looks like a horrible mid-90s romantic comedy that probably involves one character or another trying to break up a wedding probably on Super Bowl Sunday. 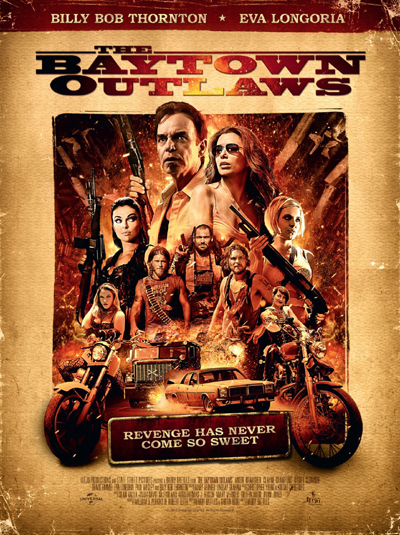 We aren't even going to pretend to know what the hell is happening here. All we know is what IMDb tells us, and that is the fact that this tells the story of rednecks trying to actually do good in the world, so you know it's fiction. We'd say that we're just kidding, but let's be honest, any rednecks who would get offended by that joke still don't know how to work the computer box or read the letter words on the screen. But this has Billy Bob Thornton and an awesome exploitation style movie poster, so color us intrigued. 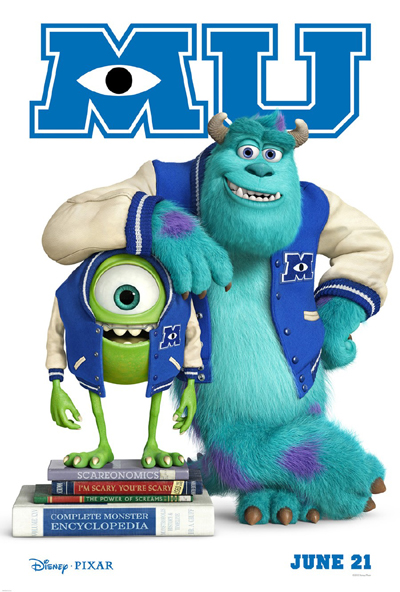 Hey, remember Monsters, Inc? Well, what the hell did you think, those guys just randomly waltzed into such a lucrative business of scaring children without first being educated? After all, you can't very well learn to terrify kids without taking, apparently, Scareonomics. Okay, look, we want to mock this movie for something, but it's Pixar, so you know it's going to be awesome. So let's just agree that the Billy Crystal character wearing that leather jacket looks like an uncircumcised penis. 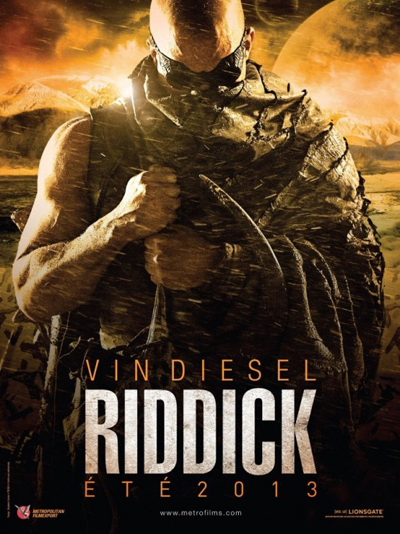 Hey, do you guys remember when Vin Diesel was a popular guy making movies that did not involve driving cars fast or being furious? Neither do we, but apparently it happened. Riddick is the third movie in what could easily have been a straight to DVD or Syfy series that includes the awesome and underrated Pitch Black and the truly horrendous Chronicles of Riddick, because apparently people (mostly Diesel) wanted to continue on with this franchise. And this poster does nothing if not tell you that it's a movie about a bald guy with goggles, so that's something, we guess?

A Glimpse Inside the Mind of Charles Swan III 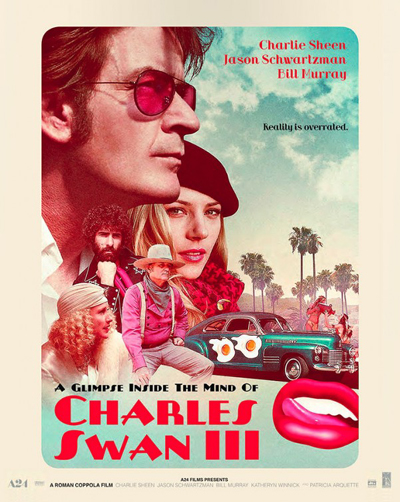 There was a time when Bill Murray made movies that weren't just tremendously quirky independent films. Honest to God, he actually used to be a movie star. But in recent years, beginning with his work on films like the 100% awesome and hilarious Rushmore and continuing as the lead in the not at all overrated or tremendously boring Lost in Translation, he's drifted more toward offbeat films (in reality we suppose this actually dates back to his work in Ed Wood), and it appears that's exactly what he's made here in a film written and directed by Roman Coppola, who we already have to respect for not being the Coppola offspring who ruined the Godfather trilogy. It's a pretty interesting cast that includes Jason Schwartzman (another Coppola) and Charlie Sheen, who plays the titular character. Sheen, despite his recent breakdowns and horrible CBS show, is a tremendously gifted comedic actor, so we have some hope for this film that we have absolutely never heard of before today.

Man Who Shook the Hand of Vicente Fernandez 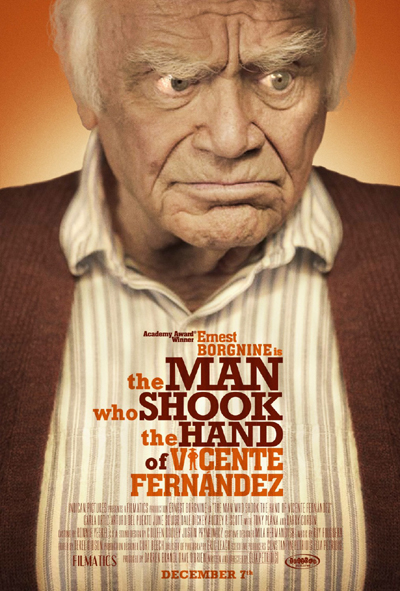 Alright, who really gives a shit what this movie is about? Look at that poster. It is glorious in every sense of the word, largely due to that look on the face of the late great Ernest Borgnine. This is the final performance from the Oscar-winning actor as an old man who ends up in a nursing home run by Latin American immigrants, so you can expect all of the blatant racism of a movie like Gran Torino, only with a lot more comedy involved. Hopefully. 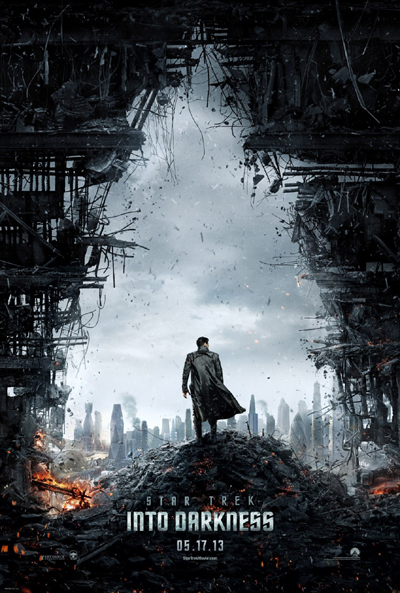 And finally, we have the poster for Star Trek: Into Darkness, which was apparently designed by someone without an iota of creativity considering it's a blatant ripoff of The Dark Knight and The Dark Knight Rises posters combined with the font from the Transformers movies, which is really just sad. The only thing you should ever borrow from the Transformers series is one of those transforming cars, because how cool would it be to totally freak out that douche who lives across the street when your car is suddenly stomping on his front porch? Anyway, this poster features Benedict Cumberbatch wearing Neo's jacket from The Matrix, because that's one more thing J.J. Abrams decided to steal. Simon Pegg is in the movie, though, so it'll still probably be good.