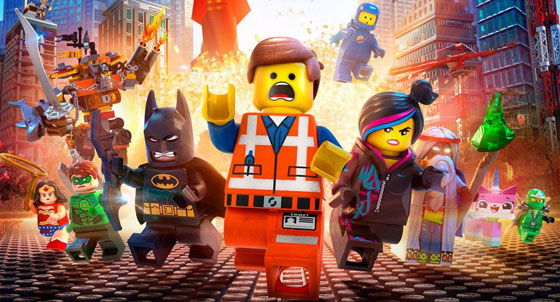 It’s been awhile since we’ve done a movie poster roundup – a little over a year, to be exact – and wouldn’t you know it? People haven’t stopped making movies. We assume people haven’t stopped going to movies, either, but that’s just a wild guess. And as before, movie posters are a big selling point for films, and will either get asses in the seats or dissuade the movie-going public from bothering to fork over, what, probably like $37 these days for a ticket? Anyway, here are some of the latest movie posters making their way around theaters and the net… 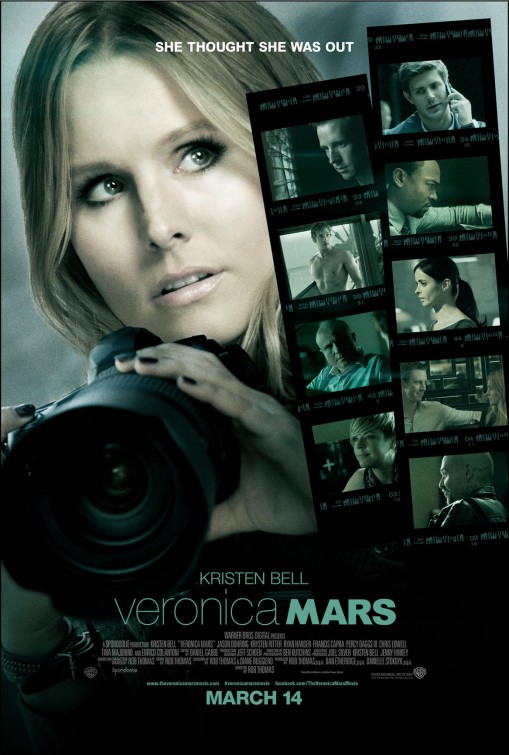 Last year, the folks behind the critically acclaimed, cult hit television show Veronica Mars asked their fans to donate to a Kickstarter fund to get a movie version of the show off the ground. It shattered their expectations, and the movie is set to be released this spring. And…that’s the freaking poster? Look, we get the budget is a little small, but that looks like some cheap B-level “thriller” and is pretty much inaccessible to non-fans. What the hell is the movie about? A photographer snapping photos of moderately attractive people? 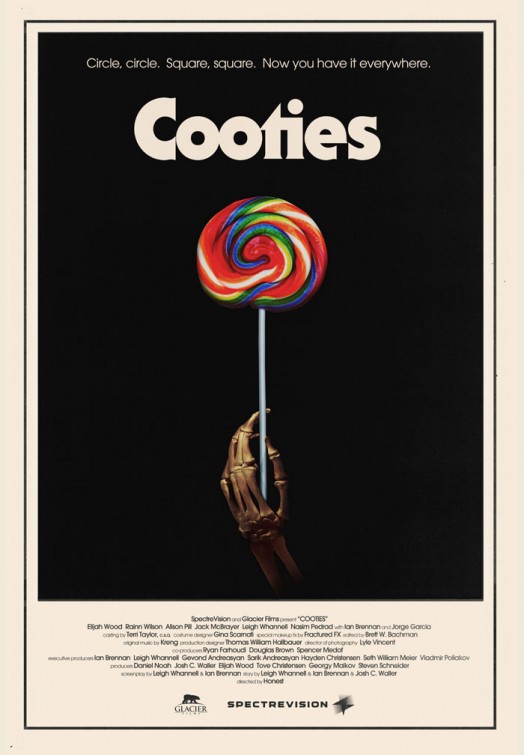 Meanwhile, if you want to take a look at an extremely effective movie poster, look no further than Cooties. Chances are you haven’t heard much, if anything, about Cooties but trust us, you will. The premise is that little kids become bloodthirsty monsters and a group of teachers have to fight them off while trapped in an elementary school. It stars Elijah Wood, so in other words someone watched The Faculty and decided he should do a follow-up, only reversing the good guys and bad guys. 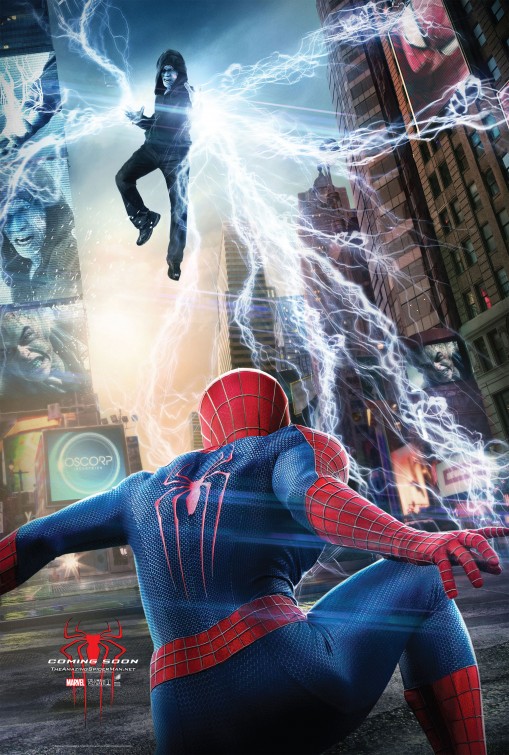 Meanwhile, apparently Spider-Man’s latest challenge is to defy the Galactic Empire and help restore balance to the Force. At least that’s what we’re forced to assume considering he’s fighting Emperor Palpatine in this poster. 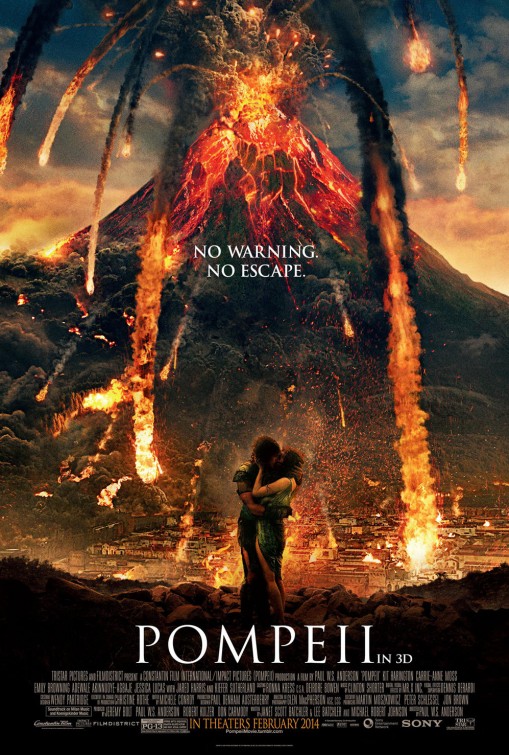 Proving that no historical tragedy is above inserting a corny love story, here comes Pompeii. And to make it even more annoying, it’s in 3D! The good news is that it’s directed by Paul W.S. Anderson and — oh, wait. That’s the wrong Paul Anderson. This guy is the one who sucks. But hey, Jon Snow stars, so maybe he’ll finally have something to do other than brood about being a bastard. Probably not, though. 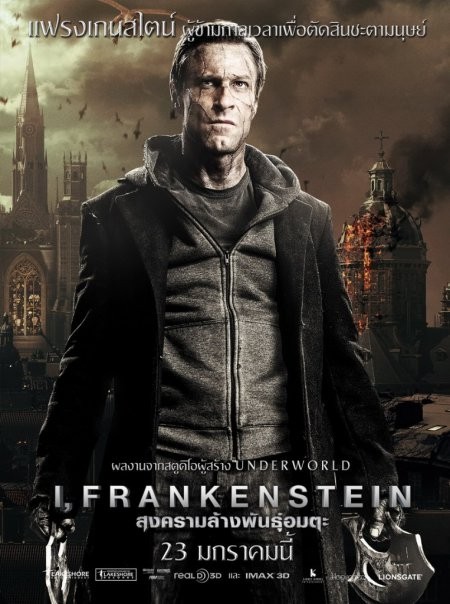 Oh, Aaron Eckhart. You’re better than this. We can only hope you got paid with a Brinks truck. This is actually based on a graphic novel by one of the guys who played a werewolf in Underworld, but all we can think is that someone out in Cupertino, California is thinking up a way to make an iFrankenstein, which we imagine would be taking a dead guy and using robotics to make him not only alive, but better than ever. Wonder what that would look like? 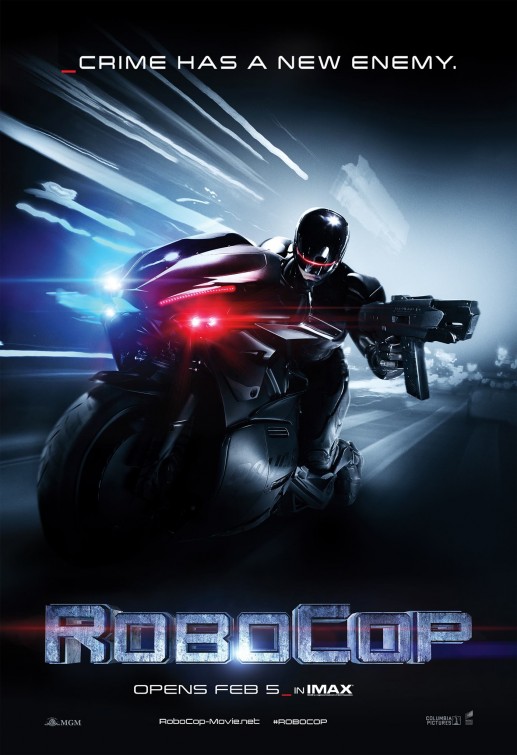 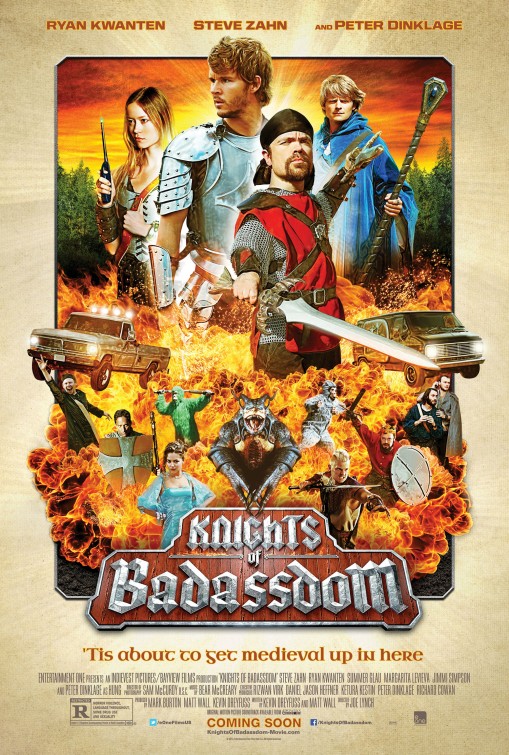 Since we already mentioned Jon Snow, it’s only fair to see what Tyrion Lannister is up to in his down time. This movie has actually been in the can for a couple years now, and is supposedly finally getting a release. It’s got a great geeky cast and had a pretty great trailer, but for whatever reason it still doesn’t have a release date. Come on, based on the trailer, the movie poster, and the cast, who wouldn’t want to see this movie immediately? Get your crap together, movie studios, and for the love of God finally give us this movie.

The Wolf of Wall Street 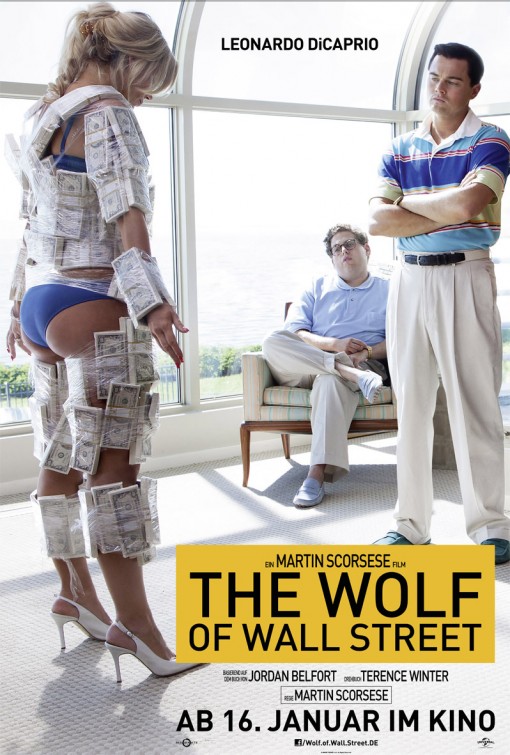 Okay, so this movie has been out for awhile in the US. But we had to include this poster because of how easy it had to be to make. All you had to do was take a candid photo of Leo in his day to day life, because we imagine it looks exactly like this, only without that round guy in the back.