Ten Movies from 2003 That are Still Influencing Cinema Today 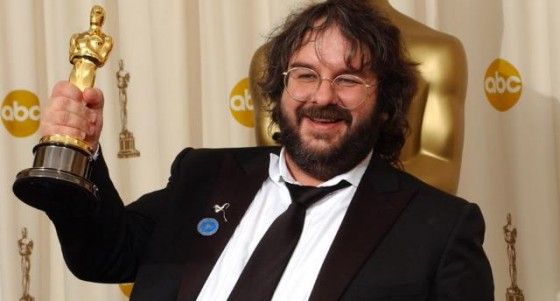 When people my age think of “a decade ago,” we’re probably still actually talking about the 1990s. Other than George W. Bush and the birth of the iPod, the 2000s have a bit of trouble establishing any type of cultural identity. The 1990s had slackers. The 1980s had Yuppies. The 1970s had Disco. The 1960s had Hippies. The 1950s gave us Greasers. The 2000s? Well, iPods were really cool.

Quietly though, the culture of the 2000s is influencing almost everything about today. Ten years ago was actually 2003 and it was actually a relatively influential year in film. As a matter of fact, it is influencing most of what you see today in a desperate attempt to recapture it. Here are ten movies from 2003 that are still influencing movies today. 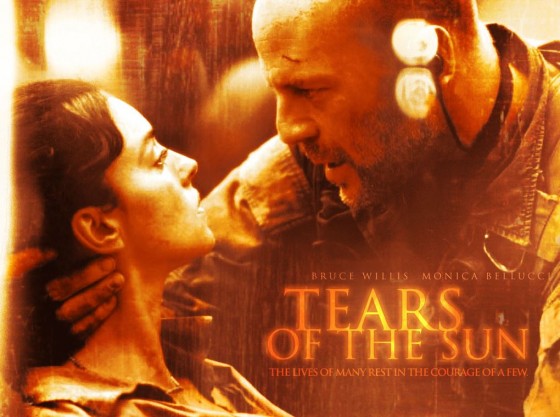 Tears of the Sun grossed a little over 40 million dollars domestically and never got a sequel. How can anyone say that it is still influencing cinema today? The answer lies in the Die Hard franchise. For years, Bruce Willis was pretty non-committal about returning to the character of John McClane. There had not been a Die Hard movie since 1995’s Die Hard With A Vengeance.

That entire discussion changed with Tears of the Sun. Bruce Willis loved the title, and it actually was originally intended to be the subtitle of Die Hard 4. Bruce Willis also loved the script for what became Tears of the Sun, so he made a deal to combine the two together. In exchange, Willis committed to be in Die Hard 4. In 2007, Live Free of Die Hard was released. This year we got A Good Day to Die Hard and there are rumors of yet another sequel in the works. John McClane lives today thanks to the deal made for Tears of the Sun, ten years ago. 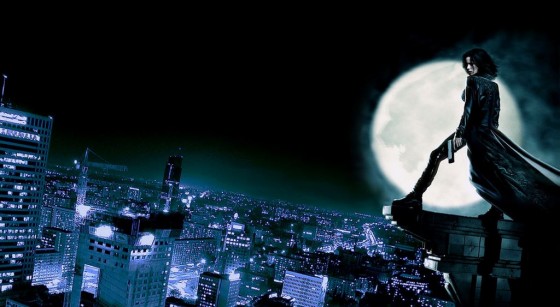 In 2003, it seemed like a fun idea to have a movie pitting vampire assassins against werewolves. However, who ever thought that it would be such a pivotal movie for everyone involved? Kate Beckinsale ended up leaving a relationship with her co-star Michael Sheen for her current husband (Underworld director Len Wiseman.) The movie would go on to spawn three sequels: Underworld: Evolution, Underworld: Rise of The Lycans, and Underworld: Awakening.

Rise of the Lycans did not even have star Beckinsale attached to it. Beckinsale has stated that it was ‘unlikely’ that she would be coming back for a further sequel, however that does not mean that a sequel will not happen. By contrast, the other movies released in 2003 which grossed between 50-60 million (Love Actually, Gothika, Open Range, Once Upon A Time in Mexico, Just Married, Paycheck, Radio, The Recruit, and Identity) are not really talked about as a continuing franchise today.

Oh, and where else have we seen a Vampires and Werewolves theme recently? 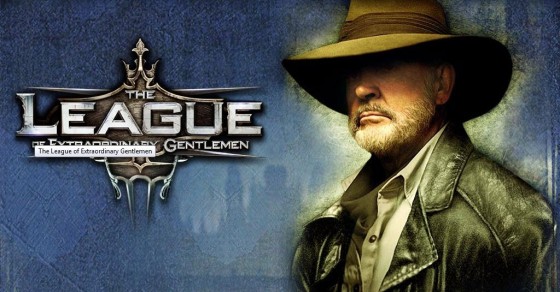 Keep in mind that we are talking about influential films. That does not always mean that the influence was good. The cinema of 2003 caused legendary actor Sean Connery to not appear in another film over the past ten years. It was actually three movies of 2003 which inspired this decision.

Connery had been offered both The Matrix as well as The Lord of the Rings: Fellowship of the Ring. Connery turned down both films because he did not understand them. After losing out on both trilogies which ended in 2003, Connery took League of Extraordinary Gentlemen. He did not understand that one either but was not going to turn down another potential blockbuster. League was not the commercial success which Connery had envisioned. In addition, he had a horrible time making it.

As a result, Connery has not appeared on film since. Two potential roles that he turned down include Indiana Jones and the Kingdom of the Crystal Skull and Skyfall (as Kincade). Critical response to Indiana Jones was not great but the box office take was. Skyfall was of course both a critical and box office success. Will we ever see Sean Connery in a movie again, or did 2003 end his career? 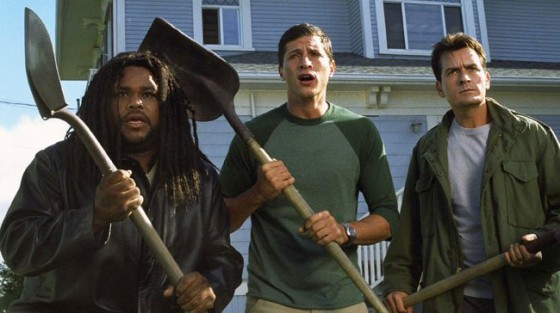 The Scary Movie franchise was the brain child of the Wayans Brothers. However, the rights to the picture and characters actually resides with Dimension Films. After Scary Movie 2, Dimension films decided to go in a different direction (the people who gave you Airplane!) and the Wayans were out. It was not a mutual decision and Marlon Wayans later said that he felt Dimension films was ‘ripping off’ their idea for a sequel.

Have you seen the part of Monty Python and the Holy Grail where the king talks about building a castle in a swamp that keeps sinking? Eventually, the castle does manage to stand. No one came out of 2003’s Hulk movie feeling particularly great about it. Eric Bana is glad he never had to do another one, but Director Ang Lee went on to critical acclaim with Brokeback Mountain.

Marvel Studios went completely back to the drawing board with 2008’s The Incredible Hulk. As a matter of fact, the original screenwriter for The Incredible Hulk was Zak Penn. Penn’s whole script was redone by star Edward Norton, who never performed the character again. They made sure it was known that Incredible Hulk had nothing to do with the 2003 version. Again, not all influence is good influence.

The next time that Hulk would appear on film was The Avengers. They finally got the Hulk right with that one. Of course, that movie also involved director Joss Whedon, who threw away the initial script for that one as well. That original script was again written by Zak Penn (who got a ‘story by’ credit for the film.

6) Terminator 3: Rise of the Machines 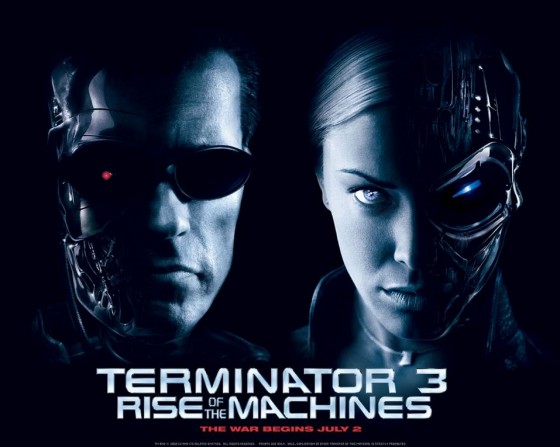 In 2003, there were two significant events in the life and film career of Arnold Schwarzenegger. First, Terminator 3: Rise of the Machines was released to mixed reviews along with a decent box office. Second, Schwarzenegger put his entire film career on hold by becoming Governor of California on October 7th, 2003.

The dual moves put the Terminator franchise seemingly on hold. Everyone seemed to want a bit more from both the Terminator as well as Schwarzenegger. Producers thought that they had a solution by casting the red-hot Christian Bale in Terminator: Salvation, but audiences did not seem particularly interested in seeing the planned next two movies with Bale. Christian would go on to make two more Batman movies and ultimately didn’t suffer from his John Connor rejection.

Now, Arnold is no longer Governor of California and his recent film appearances have not exactly lit the box office or world on fire. Will his upcoming return to the Terminator franchise change that?

If you look at any list of ‘best comic books movies of all time’ or even many lists of ‘best sequels of all time,’ you will inevitably find X2: X-Men United. Conversely, if you look at a list of ‘worst comic book movies of all time’ or  ‘worst sequels of all time’ and you will probably prominently find  X-Men: The Last Stand. There is also a good chance that you may find Superman Returns on the latter list as well. That is how much Bryan Singer leaving the X-franchise after 2003 affected things. The fact that he took James Marsden with him for Superman Returns contributed as well.

The difference was Bryan Singer doing Superman Returns created a conflict which did not allow him to do X-Men: The Last  Stand. As a result, it is ten years later and things are finally getting back to where he left them in 2003. Superman got his long promised big screen reboot with Man of Steel. Bryan Singer is returning to the X-Men franchise with next year’s X-Men: Days of Future Past. All is right with the comic universe again. Of course, all was right with the universe back in 2003 as well.

8) Pirates of the Caribbean 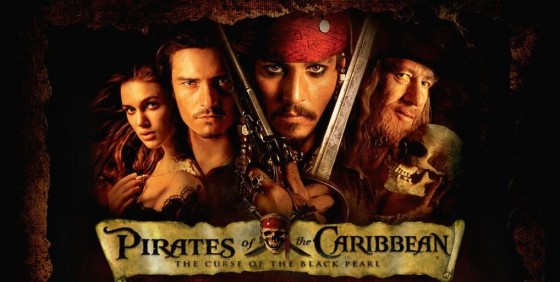 The success was so solid that it was a surprise to everyone involved when the original Pirates team of actor Johnny Depp, director Gore Verbinski, and producer Jerry Bruckheimer had a box office misfire with this year’s Lone Ranger. Every one seems to have forgotten what an audacious gamble the original Pirates of the Caribbean: The Curse of the Black Pearl actually was. Disney reportedly could not stand Depp in the role originally. According to Depp, they thought that he was playing the character either ‘drunk’ or ‘gay.’

Have you ever seen the general box office surrounding movies about Pirates? The only other movie to crack the 100 million mark and even show scenes with Pirates in them was Hook. Beyond that, Disney had just had a bomb in 2002 with Treasure Planet. Depp’s only 100 million dollar grossing film prior to this was Sleepy Hollow. Verbinski was coming off of The Ring. It is almost like the classic line from The Producers, “What went right?” ‘What went right’ was a multi-billion dollar franchise still going strong today.

At the time, Finding Nemo was the highest grossing animated film of all time, having surpassed Disney’s The Lion King. When Finding Nemo was released in 2003, Pixar was still a separate company from Disney. Nemo was a contributing factor in Disney’s decision to purchase Pixar for 7.4 billion dollars in 2006. Reportedly, Finding Nemo is also the highest selling DVD of all time. It is safe to say that Nemo as well as its subsequent success has influenced practically everything about animated movies which came after.

As for the original film, Disney has now announced that they will be putting out a sequel to the original film called Finding Dory in 2015. Ten years later, Nemo remains one of the most beloved as well as profitable films… of all time. Influential is just all part of the package. 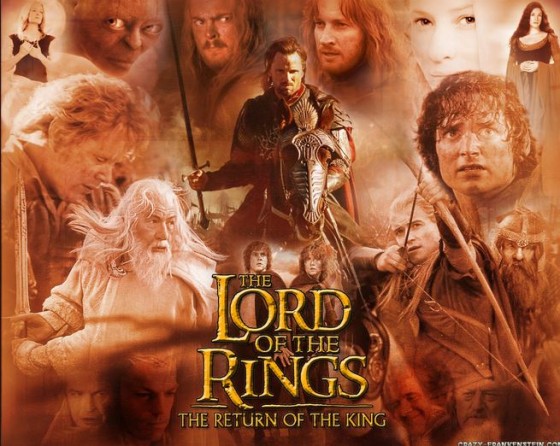 After Titanic, The Lord of the Rings; Return of the King was only the second movie to ever gross over a billion dollars worldwide. It was also the end of a franchise (at the time) which had racked up critical acclaim, awards, and a metric ton of cash. The only real issue to anyone was where to go from there.

Peter Jackson agreeing to direct as well as re-enter Tolkien’s Middle Earth with an adaptation of The Hobbit led to last year’s The Hobbit: An Unexpected Journey as well as this year’s The Hobbit: The Desolation of Smaug. This virtually assures that the marriage of Jackson’s filmmaking with Tolkien’s stories will yield one of the highest grossing film franchises in not only one but two decades.

Jackson also helped to redefine what the DVD could bring with the Extended Editions pushing each of the films to over four hours. The Oscar winning Return of the King has also led to several big budget gambles in the ensuing decade. Return of the King is now 7th on the list of all time highest grossing worldwide films. There are also now 17 films which have made over a billion globally. Just for the record, that list of billion dollar international movie now also includes The Hobbit: An Unexpected Journey.