Movies I Actually Watched in 2012 (Not an Oscars Preview) 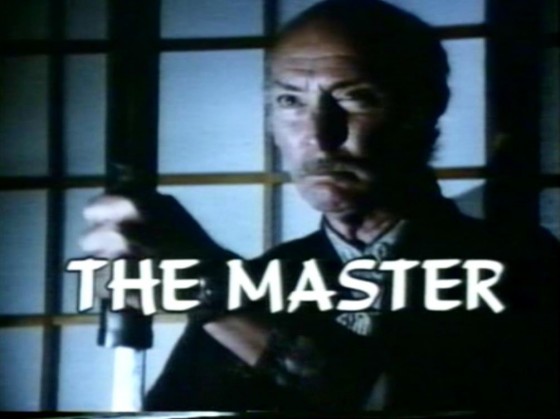 Let’s recap for a moment. This picture is from The Master television series, a show about Lee Van Cleef (who was officially The Bad in The Good, The Bad, and The Ugly) as a Ninja in the 1980s. I only watched one episode because we had really bad reception where I lived. So bad I had to go over to a friend’s house in order to watch the one ongoing series ever about a Ninja.

Once I found out the movie The Master movie had nothing whatsoever to with this TV show, I completely lost interest in finding out anything else about it. If it’s not going to have an anglicized Ninja and something about his son, it’s not even going to begin to be worth seven bucks to me. You have seen everything else related to movies in 2012 and the Oscars, now see what a real person with little to no taste at all has to say about movies in 2012. 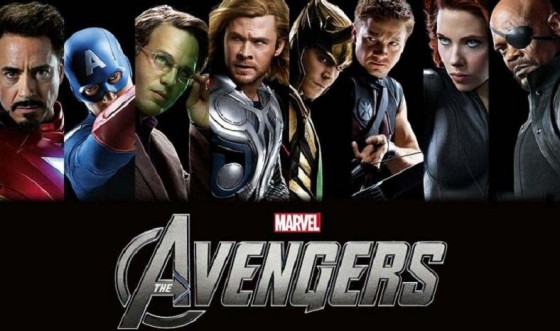 I watched this movie twice and still couldn’t tell you what it was about or how exactly Loki was defeated. Honestly, I could not even tell you why Hawkeye was a good or bad guy. It was a movie loaded with special effects about a group of people who didn’t bother to get along or even explain what was going on. I don’t know. I am not really going to bother to watch a third time to find out. The best part was the Hulk slamming around Loki until he couldn’t stand and then saying,”puny GOD.” That’s the best I can tell you. 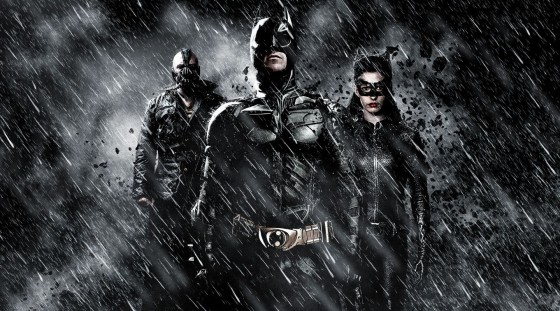 There is a 13-year-old somewhere in me that feels obligated to watch anything associated with Batman. I have learned a few things. Whenever a Batman movie features more than one villain, one is going to be completely forgettable. The third movie is also generally when the story starts to get weak. That being said, The Dark Knight Rises was for me like Elaine being forced to see The English Patient over and over again until she “got” it.

Christopher Nolan is supposed to be the greatest filmmaker ever and I am really just seeing the Emperor as naked here. The two best parts of the whole thing are Michael Caine as Alfred (and he doesn’t stick around long) and the prisoner telling Bruce Wayne, “Jump as the child did.. without the rope.” Beyond that the whole thing is Rocky III in tights. 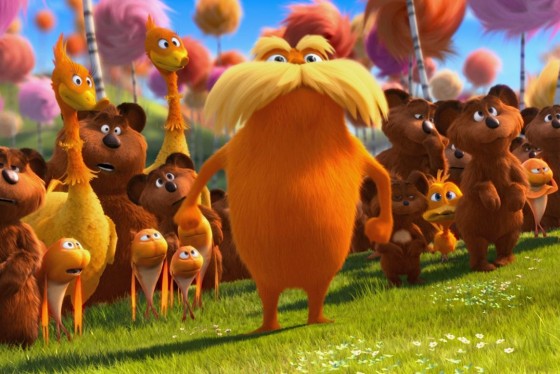 If an environmentalist is going to be classified as preachy, can they at least explain exactly what religion they are preaching from? Dr. Seuss translations to the big screen seem to be increasingly hit or miss. How The Grinch Stole Christmas? was easily four times too long with about three times too many unnecessary plot points. The Cat In The Hat should have really been titled Mike Myers: Asshole in Fur. By contrast, Horton Hears A Hoo was actually fantastic and even the added extra plot points seemed to add to show rather than detract.

The Lorax seemed to be an argument between environmentalists and ultra-environmentalists over decorum. It was a lot like watching The First Wives’ Club try to get the proper measure of revenge. You just end up on some level really hoping for the good guys to loses. In the end, they planted lots of trees proving that even when you don’t plant trees for a while, they will grow again. There was also something in there about, “If at first you don’t succeed, blame your parents.” The only other lesson was If the girl is really pretty, then it’s probably a good idea to bobble head along to her political views. This is the same reason why you do not meet a lot of Republican nerds. 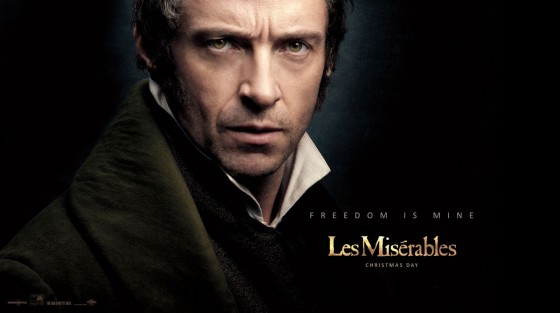 Full disclosure, I never read the book nor did I watch the musical before sitting down to see this movie for the first time. I have a wife and two girls and it was a Christmas present to the whole family to see it in the theater. That being said, I was completely blown away. Honestly, Anne Hathaway and Hugh Jackman were better in this movie than in the superhero movies they are known for. Alternately, the window to the soul of Russell Crowe showing what a massive jerk this guy actually is was refreshing. The story was wonderful. The songs were catchy. It was just a really nice film experience.

One complaint was the performances of Sacha Baron Cohen and Helena Bonham Carter. It’s not that they weren’t great as a diabolical schemer and his crazy wife. They were. The thing is that you can’t name the last movie in which Baron Cohen was not some sort of schemer or where Bonham Carter did not play a completely crazy bitch. They seem talented enough to actually mix it up a little and play legitimately nice characters once in a while. Otherwise, give this movie every single award it’s up for. 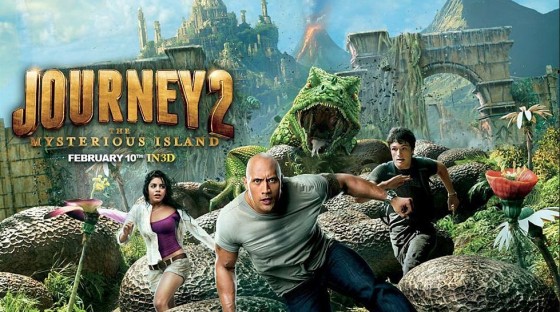 You can do a lot worse than sit down for a movie and have fun. That is exactly what Journey 2: The Mysterious Island gives you. When a movie stars the Rock, don’t expect a Shakespearean sonnet. The great thing about The Mysterious Island is how they took more than one book or mythology and set it all in one place. They actually needed clues from different parts of literature in order to escape. This allowed the movie to create its own type of mythology. You can’t really go wrong with the lead characters being chased by over-sized animals. At any rate, Journey 2 allows you to just enjoy it for what it is. The plot also has a rare feature not evident in a whole lot of movies this past year: a beginning, a middle, and an end. 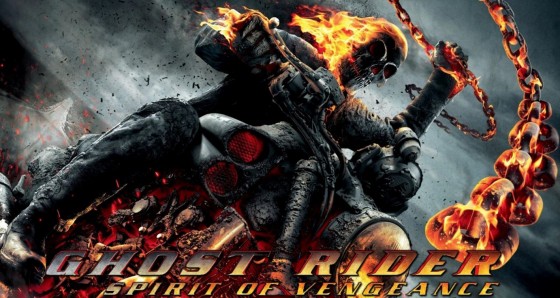 When Spirit of Vengeance was first making the rounds, it promised to combine The DaVinci Code with the Ghost Rider mythos. I’m not sure what happened to the demon-possessed man coming into conflict with the Catholic Church over one of their ancient mysteries. There were a few problems with this movie. First, Johnny Blaze is traveling alone after he spent practically the whole first movie attempting to integrate his son and girlfriend into his life. No explanation is given for their absence.

Instead, Blaze ends up playing around with a single mother seemingly incapable of having sex with anyone approaching a future and an antichrist who may or may not be potty trained. In the first movie, Cage’s motivation was evident. Here, he seems disinterested in saving the world. There is something in there about giving up the curse and taking it back as well. It may not have been as disappointing if literally years had not been spent waiting for its release. 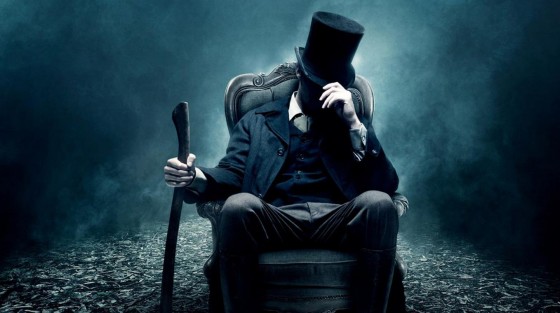 I have not seen Lincoln by Steven Spielberg. To review, I am not really all that deep. Besides, everything I have heard about Lincoln is basically “I know that I am supposed to really love this movie… but… ” The “but” usually entails Lincoln being a colossal bore and more of a disjointed history lesson than a piece of entertainment. However, no one can seem to really find anything wrong with it, so they are probably going to hand it a lot of Oscars.

Let’s contrast that with Abraham Lincoln: Vampire Hunter. This movie was actually a whole lot of fun to watch and seemed to be set in a surprisingly real universe. Since Spielberg’s take on Robopocalypse seems to be too expensive to produce a terrible script, can’t we have him go back and do some fun filmmaking that we will all enjoy? Just a suggestion, but what would be wrong with Abraham Lincoln: Dinosaur Hunter? Play to your strengths people.