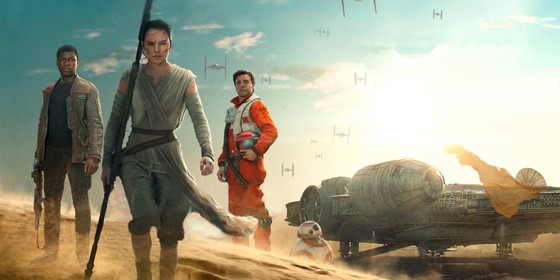 It only took 352 days before 2015’s most anticipated movie hit theaters. Star Wars Episode VII: The Force Awakens was the biggest movie of the year and we almost had to wait the entire year before enjoying it. The December release of the latest Star Wars installment also marked the first time in the history of the franchise that the release date was not in May, the same month George Lucas was born. Maybe it was a marketing trick to build up the suspense for an entire year. Or maybe it was simply because J.J. Abrams and Disney decided it would be best to release the new ones closer to Christmas. Regardless of their reasons, it worked.

What does that mean for 2016? For starters, Episode VIII will not come out until 2017 but there will still be a Star Wars movie. Star Wars: Rogue One will come out around this same time later into 2016. But enough with Star Wars, what about everything else about to hit the theaters next year?

Let’s take a look at some of the movies set to break box office records and some that will simply be amazing in 2016. Enjoy.

Details: The Hateful Eight makes the honorable mention because it comes out the very first day of 2016 giving us literally no time to anticipate it next year. From the trailer, Quentin Tarantino’s 8th film looks to be one of his better ones as he finally has allowed Samuel L. Jackson the chance to be the main character. 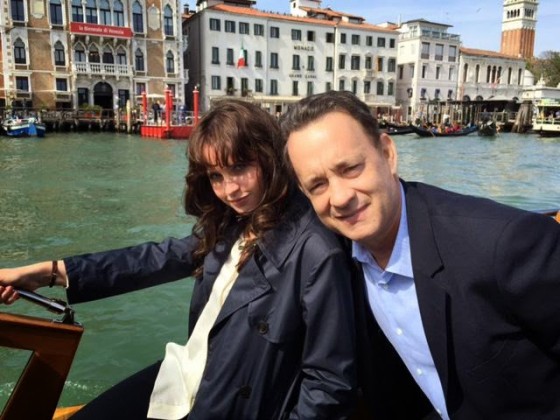 Details: Tom Hanks returns for the third time to reprise his role as Robert Langdon, the Harvard University Professor of religious iconography and symbology. If the movie is even half as good as the novel by Dan Brown, this movie could surpass the $100 million mark. 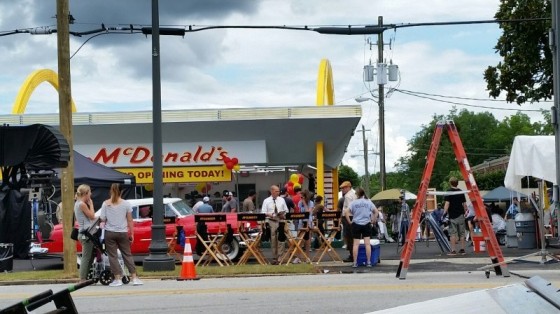 Details: Michael Keaton got his first Academy Award nomination in 2014 for his role in Birdman at the age of 63. From the early information we got about The Founder, he just might be on pace for another nomination, this time as McDonald’s CEO Ray Kroc. 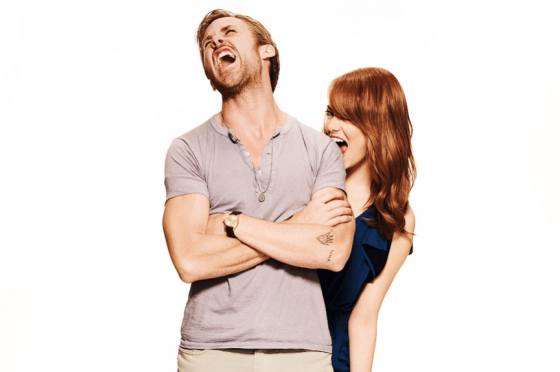 Details: The magical on-screen romance between Ryan Gosling and Emma Stone continues for a third time in the musical comedy-drama La La Land coming out this summer.

Details: Tina Fey plays Kim Barker, a real American journalist that covered Pakistian and Afghanistan during Operation Enduring Freedom. This movie is an adaptation of the book Kim wrote about her personal experiences while on overseas and the people she met along the way. Whiskey Tango Foxtrot is starting to look like one of the year’s best movies, already. 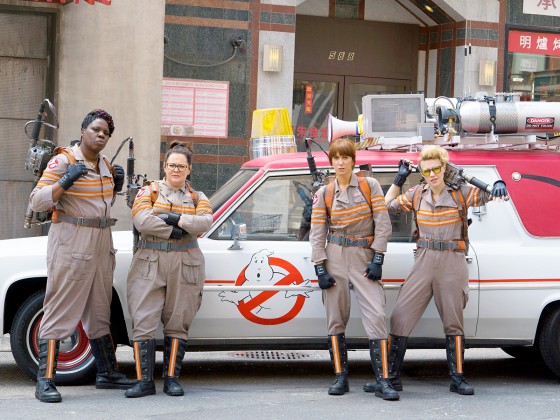 Details: There seems to be a lot of people that are not happy with the cast of the upcoming Ghostbusters film, the 3rd in the series. But we think it is brilliant because they will not be able to replicate what Dan Aykroyd, Bill Murray, and Harold Ramis brought to the series. Paul Feig, whom also directed the super successful Bridesmaids, looks to have used the same idea and applied it to Ghostbusters. This just looks like it will be a great new fresh look at the story that fans have been needing. 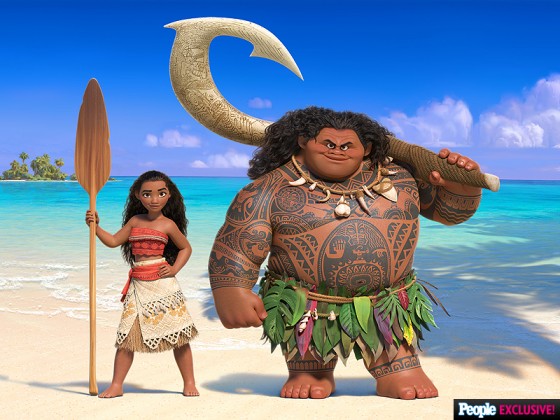 Details: How can the next Disney animated film not be great? The directors, Ron Clements and John Musker, also directed Disney classics like The Little Mermaid, Aladdin, Hercules, and The Princess and the Frog.

Details: Russell Crowe and Ryan Gosling get together for the first time on the big screen in this action comedy created by the same man that gave us Lethal Weapon, As Good As It Gets, and Iron Man 3. The first trailer gives us no doubt this is going to be one of the surprises of the year. 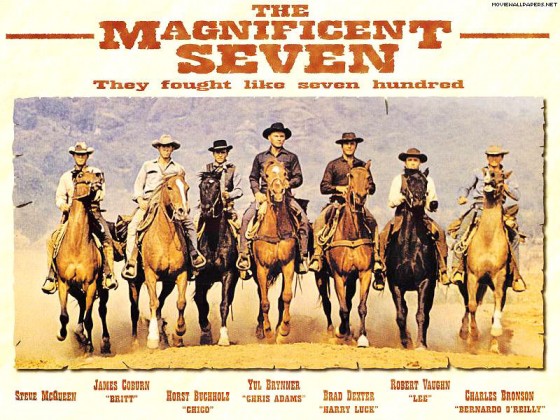 Details: This movie has dealt with its’ fair share of rumors about who was going to be part of the Seven. We think the final cast makes it worth seeing in 2016.

Details: This is one of the movies that will quietly become one of the bigger films in 2016 due to its’ take on the classic story of The Jungle Book using live-animation.

Details: Star Trek Beyond is the 13th film of the Star Trek series and third installment of the current reboot movies. Everyone is back and the story continues for Captain Kirk and the rest of his crew.

Details: Bebop and Rocksteady? Casey Jones? The TMNT Party Wagon shooting sewer covers? Yes please. Is there anything else we could add to the list of reasons this movie is going to be huge for turtles fans? Megan Fox returns as April O’Neil. Boom.

13. The Secret Life of Pets

Details: Toy Story showed us what happened to your toys when the owner’s left the house, now it is time to see what our pets really do when we are not home.

12. Alice Through the Looking Glass

Details: When Tim Burton signed on to direct the first Alice in Wonderland, we were psyched. He returned as the producer this time but is still a huge part in the movie’s creative process making this potentially the best Alice movie yet. 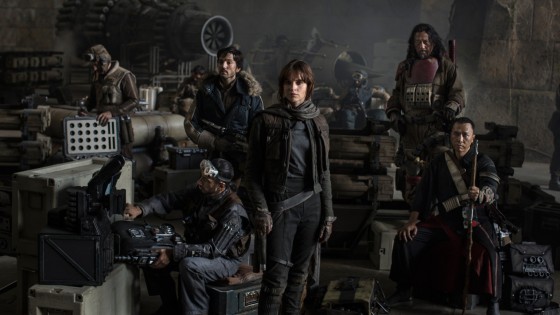 Details: Star Wars will never get old. It better not since we are going to be getting a new Star Wars movie every year until 2020. Rogue One is going to be great but the two following it are going to be even bigger, a Han Solo anthology set to be released in 2018 and a Boba Fett anthology coming out in 2020.

Details: Since 2005, the rumor mill has been stocked with Finding Nemo sequel talks. Well, this June, it is finally going to happen. 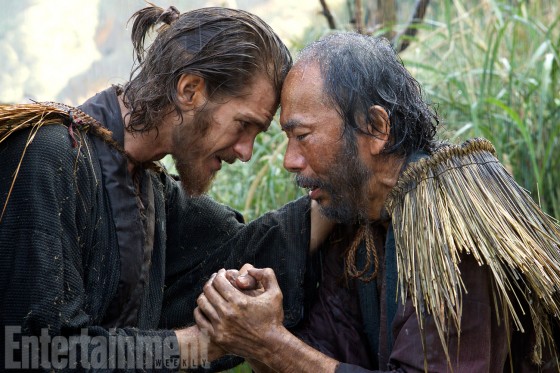 Release Date: To Be Determined

Details: Five of Martin Scorsese’s last six films have been nominated for an Academy Award for Best Picture so it is fair to say he has a bit of a hot hand right now and we expect nothing but perfection with Silence.

Details: It has been 20 years since the original Independence Day shattered box office records. How do you make a sequel that will remain a box office success after that long of a hiatus? From the looks of the trailer, it’s by making the ships bigger, like, really big.

Details: A movie trailer leaked onto the internet causing chaos and rumors about whether or not Deadpool the movie was finally going to happen. Well, it did and only because of the fans reaction to that trailer. That has to be one of the first times in cinema history that a movie was created from nothing but the support of the fans.

Details: The most powerful mutant in the X-Men Universe is finally going to surface in X-Men: Apocalypse. Apocalypse is one of the best villains Marvel has ever created. He can manipulate molecules, energy, DNA, and psionic as well as transmutation, technopathy, super human strength, and is incredibly intelligent. How can this not be the best X-Men movie yet?

5. Fantastic Beasts and Where to Find Them

Details: 70 years before Harry Potter began his education at Hogwart’s, Newt Scamander was traveling around doing research on magical creatures from all over the World for a novel. This marks the first time Harry Potter creator and author, J.K. Rowlings, wrote a screenplay so we will find out real quick if the rest of the trilogy is worth watching. 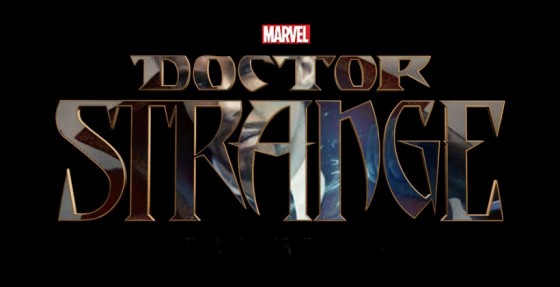 Details: Benedict Cumberbatch is the perfect choice for the role of Doctor Strange. This will be one of the best Marvel movies, not just by Box Office standards, that we might ever get to watch simply because it is going to hit theaters long after the dust settles from the next three films.

Details: If DC Comics wants to succeed the same way Marvel has done then it is going to be now or never. This is the film that will either be the beginning of a very profitable Universe or it will mark the end of Batman, at least for now.

Details: Harley Quinn is one of the most popular DC Comics characters over the past twenty years. Her popularity rose like Deadpool’s and this is the first time we are going to see her on the big screen. Margot Robbie looks to be the perfect candidate so far and Jared Leto’s portrayal of the Joker just might be the reason this movie becomes a box office masterpiece. We expect this movie to be better than pundits and critics are claiming simply because of the trailer. It looks like it could beat out Batman V Superman’s box office gross.

Details: Iron Man faces off against Captain America in a battle that reaches the farthest lands in the World with both sides building an army. This is the movie Marvel has been building up to. This is why we have been watching Iron Man and Captain America for 7 films. This will be the highest grossing Marvel film ever.