March 5th marks the release of Tim Burton’s take on Alice in Wonderland. And as exciting as that may be, it is not the movie itself that is so interesting. It is the Motion Picture Association of America’s rating description that makes it noteworthy. You know, that small selection of descriptors that accompany the actual movie rating to warn you of what lies within. It looks much like the one pictured above. For Alice in Wonderland, it states that the movie is Rated PG for fantasy action/violence involving scary images and situations, and for a smoking caterpillar. Yes, a smoking caterpillar. This has to be, by far, the best rating reason ever. 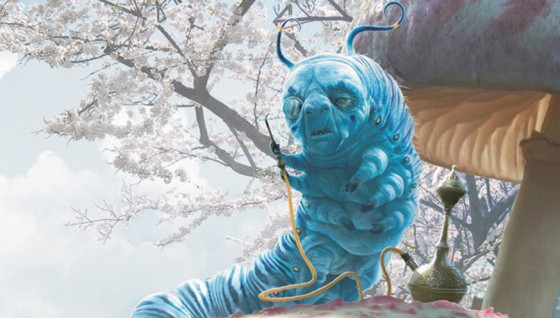 We made the photo big, just to verify that it is indeed a smoking caterpillar.

Sure, the MPAA’s become a total joke over the past fifteen years or so. If you wanted anymore proof, just check out the documentary This Film Not Yet Rated. It’s quite revealing and helps show how a board of misguided parents administers the whole process. On the bright side, at least it seems like they occasionally like to have a little fun with their job. It would be almost too easy for them to just say “Rated R for sexuality, language and violence.” They need to throw in some oddly specific explanation, something along the lines of, “Rated R for a graphic scene of intercourse, an occurrence of colorful language, extreme future violence throughout and a scene of torture in which the main character is nearly defeated but manages to just get away in the nick of time to save the girl”.

So while some bemoan the MPAA and how they, along with the FCC, attempt to become the The American Anti- Swearing and Jerking Off Committee, let’s take a look at some of their great moments. Here are twenty of the best MPAA ratings. And in case you think I’m making this up, you can visit the MPAA website and verify these actual ratings.

Let us start off with a true classic rating. No mention of airborne bovine, and they passed up the use of the phrase of intense tornado action. But at least they warn you of the depiction of very bad weather. You got to protect your kids from this stuff people.

Charlie And The Chocolate Factory (2005)
PG

It’s not Tim Burton’s first dance with the MPAA. But what may I ask is a quirky situation? Is it really worth mentioning? Really? Better just tag all Burton movies with that while we are at it.

Gotta love a movie about teen partying involving hot surfer babes somehow involved in sexual content. Oh yeah, and also that one fight that was in there.

This one is funny, since anyone who has seen the R rated version knows there is no gore in that version at all. ;)

Sadly, no warning on Joel Schumacher raping your childhood. But I must ask, do Bat-nipples equal innuendo? You know, its that whole Batman and Robin are actually gay thing again? As Hooper X would say, they took your intellectual property and turned it into one 90-minute long gay joke.

Just to be clear, this is not the Hulk Hogan movie (that was 3 Ninjas: High Noon at Mega Mountain). And no, I haven’t seen it. But non-stop ninja action? Where do I sign up?

I love how the MPAA can quantify the broad field of alien vampire violence in to both mild and non-mild varieties.

The sequel, Alien vs. Predator: Requiem, was rated R. But its rating was only for violence, gore and language. Apparently, not enough slime. Must have saved that for the unrated cut.

Gotta love that good ‘ole western violence. It is what America was built on! It puts eastern violence to shame, that’s for sure.

An intense plot material warning is almost in the realm of the ever popular “thematic elements.” What? The movie could present elements of an underlying theme?? Ack!

Do any of the startling images involve Sharon Stone and acting?

I was sold at sexy dancing, even if it is rated PG. 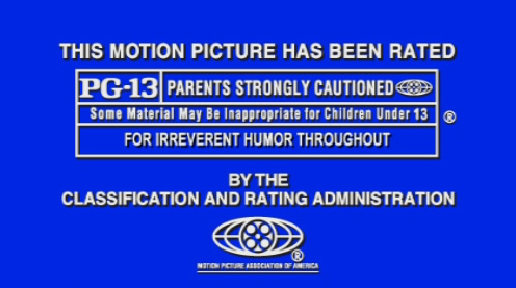 Not just a fight, but a punch in the nose. And not among just anyone, among adolescents. Soon we’ll get warnings of wedgies, wet willies, or even the dreaded rear admiral!

Swashbuckling action in movie that’s way too light on the pirates. Something ain’t right here.

As if the title did not give it away, the MPAA wanted to make sure you were aware that indeed there was Viking combat.

No, not the Elisha Cuthbert version. Watching this one pretty much guarantees you’ll have to register as a sex offender and introduce yourself to the neighbors.

Tell me more about this risqué puppet show. Speaking of which…

An all time classic in the MPAA world.

We discussed this article at length in an episode of the Gunaxin Podcast, along with other good stuff. The podcast is rated “E” for Explicit due to graphic language and extreme sarcasm. You can listen by clicking below :