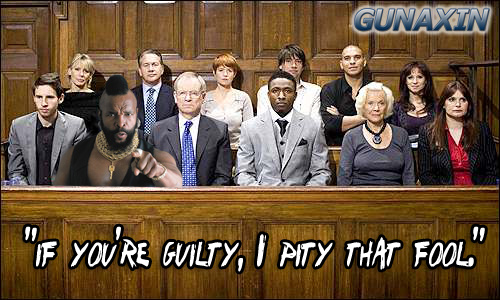 In a week filled with stories of Swine Flu, I was pleased to read this wonderful piece in the Chicago Sun Times about Mr. T, reporting for Jury Duty. Yep, B.A. Baracus of the A-Team or Clubber Lang from Rocky III, reported for Jury Duty just like any other American. Ok, maybe not exactly like the rest of us would. Here are some excerpts from the article: 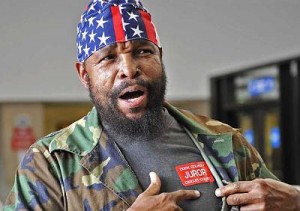 Sporting camouflage pants, a T-shirt, gym shoes and a longer version of his signature hairstyle, Mr. T — the only living person besides President Obama to have a Chia pottery figure modeled after him — carried a matching camo jacket and a gym bag with the logo “Lord’s Gym.”

“You’ve got to testify! Tell somebody about it. God is good!” he told an admirer as he tried to leave the building. “I pity the fool that don’t get it.”

Mr. T was paid $17.20 for his day’s work at the Cook County Circuit Court, but was not selected for the case. I have to imagine that is the best $17.20 that Cook County ever spent.