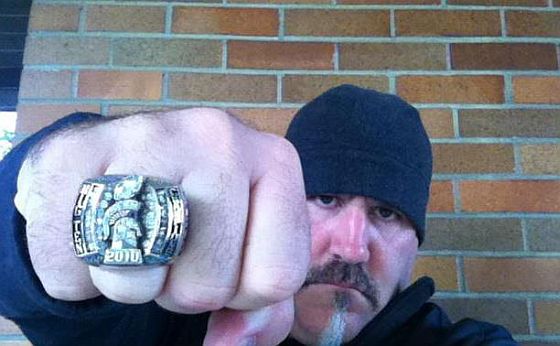 The life of the team chaplain for the Michigan State Spartans seems pretty easy. The team has avoided major scandals over the last few years, and, other than helping a grieving campus get over some early tournament losses, you probably don’t have to work too hard. That helps explain why Catholic priest Joseph Krupp had some extra time on his hands this morning to send out a bit of questionable trash talk in advance of tonight’s MSU game with Indiana.

Now, to anyone with half a brain and a passing familiarity with the Church’s child sex abuse problems this tweet would immediately send up red flags. Not so for Father Joe, who waited several hours before tweeting a halfhearted apology that put the blame on those who he offended.

My Hoosier buddies loved the tweet this morning, the ones who don't know me didn't…apologies if I offended: Enjoy the game tonight!

Finally, a little after 4, Father Joe issued a full apology for his comments. He still seems surprised that anyone would be offended by his allusion to harming children.

I ask forgiveness of those offended by my MSU/IU tweet: I truly meant it for laughs but see it was clearly too much. Here's to a good game.

If Michigan State fans wonder, as they usually do in March, why God has abandoned them, I think we have an answer.