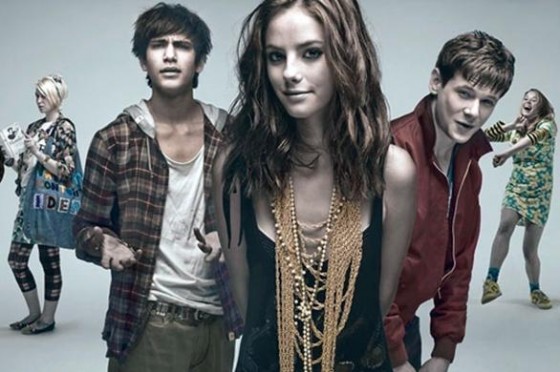 MTV’s evil plan to destroy scripted television and lower the intelligence of every person under the age of 20 took another step in the right direction yesterday when it was reported they had ordered ten episodes of its sure to be a pile of shit remake of the brilliantly decadent British teen series Skins.

The UK version is chock full of sex, drugs, alcohol, lesbians, love triangles, lies and betrayal. It’s got all of my favorite things, except for random people dressed in bear suits. Oh well.

Although nothing is confirmed, I’m certain MTV plans to do what they always do and strip away what made the original show watchable and relevant. We can look forward to a vacuous rehashing of Laguna Beach or The Hills set in some wealthy community populated by whining morons we’d all like to punch in the face. At least they’ll sell plenty of condoms and skin care products to justify the piss-poor excuse for entertainment.

Oh how I wish they would go back to airing crappy videos all day long. It would make the world a better place.